Lessons from the Demise of the TPP 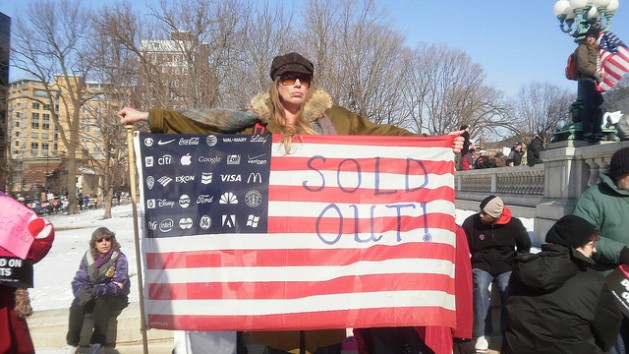 Rrealistic macroeconomic modelling has suggested that almost 800,000 jobs could be lost over a decade. Already, many US manufacturing jobs have been lost to US corporations’ automation and relocation abroad. Credit: IPS

KUALA LUMPUR, Malaysia, Jan 5 2017 (IPS) - President-elect Donald Trump has promised that he will take the US out of the Trans-Pacific Partnership Agreement (TPPA) on the first day of his presidency. The TPP may now be dead, thanks to Trump and opposition by all major US presidential candidates. With its imminent demise almost certain, it is important to draw on some lessons before it is buried.

Fraudulent free trade agreement
The TPP is fraudulent as a free trade agreement, offering very little in terms of additional growth due to trade liberalization, contrary to media hype. To be sure, the TPP had little to do with trade. The US already has free trade agreements, of the bilateral or regional variety, with six of the 11 other countries in the pact. All twelve members also belong to the World Trade Organization (WTO) which concluded the single largest trade agreement ever, more than two decades ago in Marrakech – contrary to the TPPA’s claim to that status. Trade barriers with the remaining five countries were already very low in most cases, so there is little room left for further trade liberalization in the TPPA, except in the case of Vietnam, owing to the war until 1975 and its legacy of punitive legislation.

The most convenient computable general equilibrium (CGE) trade model used for trade projections makes unrealistic assumptions, including those about the consequences of trade liberalization. For instance, such trade modelling exercises typically presume full employment as well as unchanging trade and fiscal balances. Our colleagues’ more realistic macroeconomic modelling suggested that almost 800,000 jobs would be lost over a decade after implementation, with almost half a million from the US alone. There would also be downward pressure on wages, in turn exacerbating inequalities at the national level.

Already, many US manufacturing jobs have been lost to US corporations’ automation and relocation abroad. Thus, while most politically influential US corporations would do well from the TPP due to strengthened intellectual property rights (IPRs) and investor-state dispute settlement (ISDS) mechanisms, US workers would generally not. It is now generally believed these outcomes contributed to the backlash against such globalization in the votes for Brexit and Trump.

Non-trade measures
According to the Peterson Institute of International Economics (PIIE), the US think-tank known for cheerleading economic liberalization and globalization, the purported TPPA gains would mainly come from additional investments, especially foreign direct investments, due to enhanced investor rights. However, these claims have been disputed by most other analysts, including two US government agencies, i.e., the US Department of Agriculture’s Economic Research Service (ERS) and the US International Trade Commission (ITC).

Much of the additional value of trade would come from ‘non-trade issues’. Strengthening intellectual property (IP) monopolies, typically held by powerful transnational corporations, would raise the value of trade through higher trading prices, not more goods and services. Thus, strengthened IPRs leading to higher prices for medicines are of particular concern.

The TPP would reinforce and extend patents, copyrights and related intellectual property protections. Such protectionism raises the price of protected items, such as pharmaceutical drugs. In a 2015 case, Martin Skrelly raised the price of a drug he had bought the rights to by 6000% from USD12.50 to USD750! As there is no US law against such ‘price-gouging’, the US Attorney General could only prosecute him for allegedly running a Ponzi scheme.

“Medecins Sans Frontieres” warned that the agreement would go down in history as the worst “cause of needless suffering and death” in developing countries. In fact, contrary to the claim that stronger IPRs would enhance research and development, there has been no evidence of increased research or new medicines in recent decades for this reason.

Corporate-friendly
Foreign direct investment (FDI) is also supposed to go up thanks to the TPPA’s ISDS provisions. For instance, foreign companies would be able to sue TPP governments for ostensible loss of profits, including potential future profits, due to changes in national regulation or policies even if in the national or public interest.

ISDS would be enforced through ostensibly independent tribunals. This extrajudicial system would supercede national laws and judiciaries, with secret rulings not bound by precedent or subject to appeal.

Thus, rather than trade promotion, the main purpose of the TPPA has been to internationally promote more corporate-friendly rules under US leadership. The 6350 page deal was negotiated by various working groups where representatives of major, mainly US corporations were able to drive the agenda and advance their interests. The final push to seek congressional support for the TPPA despite strong opposition from the major presidential candidates made clear that the main US rationale and motive were geo-political, to minimize China’s growing influence.

The decision by the Obama administration to push ahead with the TPP may well have cost Hillary Clinton the presidency as she came across as insincere in belatedly opposing the agreement which she had previously praised and advocated. Trade was a major issue in swing states like Ohio, Michigan and Pennsylvania, where concerned voters overwhelmingly opted for Trump.

The problem now is that while the Obama administration undermined trade multilateralism by its unwillingness to honour the compromise which initiated the Doha Development Round, Trump’s preference for bilateral agreements benefiting the US is unlikely to provide the boost to multilateralism so badly needed now. Unless the US and the EU embrace the spirit of compromise which started this round of trade negotiations, the WTO and multilateralism more generally may never recover from the setbacks of the last decade and a half.