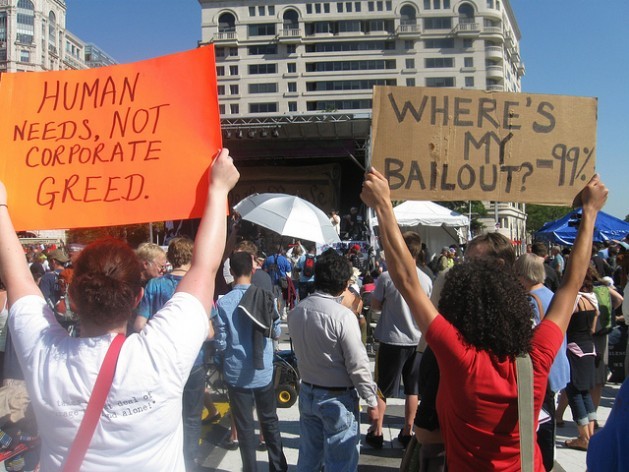 “If the data was publicly available it could be used to curb criminal activities, including money laundering and tax evasion,” according to the joint research, published on February 23 by Transparency International (TI) and the Web Foundation.

Connecting the Dots: Building the Case for Open Data to Fight Corruption looked at how much progress Brazil, France, Germany, Indonesia and South Africa have made in implementing the G20 Anti-Corruption Open Data Principles, according to the research. These countries were chosen as a representative global and economic cross-section of G20 countries.

The conclusion is clear: there is not enough progress, says the report, adding that no country has released all the information and much of the information that has been released is hard to find and use.

“Governments need to step up their game if open data is to put a dent in global corruption. ..They must work to change attitudes among civil servants, invest in vital technology and the development of skills, and crucially, they must enshrine G20 Principles into national law,” said Robin Hodess, interim Internal Managing Director of Transparency International and a co-author of the report.

“The Panama Papers showed us the scale of corruption happening in the shadows that datasets can help reveal. These developments called for urgent solutions. That governments are instead dragging their feet on mobilising open data raises questions about their commitment to transparency,” said Craig Fagan, Web Foundation Policy Director.

According to the report, researchers scored the quality of each data set using a nine-point checklist that includes an assessment of the timeliness for publication and updates, ease of access, provision of supporting documents, and the ability to cross-reference data sets.

“France performed best, scoring an average of 5.4 out of a possible 9 points. Indonesia received the lowest score, managing just 1.5 points.”

The dataset that had the most information was on government budgets with an average score of 7.8 across the five countries, says the report.

However, government spending and lobbying registers each scored 1.6 and land registers scored 1.8. This shows that governments are not collecting or disseminating crucial information in key areas prone to corruption.”

No country released all anti-corruption datasets
• France showed the most progress, publishing eight of ten datasets identified as key to anti-corruption
• Brazil was the only country to publish data on government spending
• No country has a beneficial ownership register – despite all showing some level of commitment to do so at last year’s Anti-Corruption Summit in London.

When released, data is not always useful and useable
• In many cases the data is stale and lacks granularity – making meaningful insights difficult to draw
• Access is a problem in all countries, with datasets hard to find and not all available from a single platform, meaning those looking to identify corruption need to dig further to find critical information

Lack of open data skills
• Although some countries do offer some level of open data training for staff, these rarely incorporate an anti-corruption focus

Transparency International and the Web Foundation call for governments to take immediate steps to publish more information that can be used to fight corruption.

The report makes recommendations on the required legal measures needed to enforce open data and for commitments to invest in training.

Finally, the report suggests that in order for governments to make open data the default option, there will need to a change of culture, which will only come about when there are formal incentives for openness.