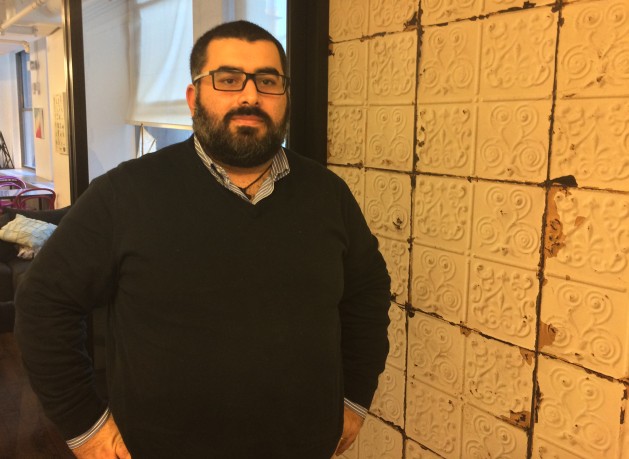 NEW YORK, Feb 10 2017 (IPS) - Just 0.2 percent of humanitarian funding goes directly to local and national NGOs, according to a major UN review of humanitarian financing published ahead of the 2016 World Humanitarian Summit.

Yet nearly one year after the summit, little has changed. International donors continue to overlook organisations with local roots and local knowledge, despite their often much lower operating costs.

The High-Level Panel on Humanitarian Financing Report to the UN Secretary-General argued that responses to crises needed to be put back in the hands of the people most affected.

To find out what it’s like for local organisations working in humanitarian settings, IPS spoke with Fadi Hallisso, a co-founder of Basmeh and Zeitooneh, a Syrian organisation that supports Syrian refugees in Lebanon and Turkey.

Hallisso described how some of Basmeh and Zeitooneh’s programs have achieved success despite skepticism from big international donors.

Very little we see stories about the successful examples of Syrians who are trying to help and trying to do something good on the ground,” -- Fadi Hallisso

One such case, says Halliso, was a workshop Basmeh and Zeitooneh started in Beirut where refugees embroider shoes and make other handcrafts:

“We approached different international organisations and all of them were saying this is not feasible. We’ve done the market study. There is no market for these things,” said Hallisso.

So Basmeh and Zeitooneh went to local businessmen and asked them to donate the funds to start the project instead.

With these funds the workshop became successful, the products the refugees make are now exported to the United States and Europe. Only once the project was successful, says Halliso were international donors suddenly interested.

However despite this lack of initial support from international donors Halliso says he has also witnessed international programs struggling to gain traction with locals.

In one case, an international NGO that set up recreation centres didn’t know why people weren’t using the centres. “They asked for our help to recruit people and find them children to come,” said Halliso.

“They were coming from Syria with only the clothes they had. They had far much more basic needs than just these spaces and they didn’t know the world of NGOs, they didn’t know who these people are and didn’t trust them, so why send their kids?”

He said that this example showed the importance of showing people solidarity by showing that you “understand their needs and are responding to them”.

While not all local organisations have achieved success, Basmeh and Zeitooneh has now grown to have over 500 employees says Halliso.

“I never imagined even in the best-case scenario that we would become an organization with 500 employees in several countries, so we were just doing what we felt it is our duty to do, to help our people, our citizens, to show them humanity, and this proved to be the right response because we understood what they needed.”

Yet although Basmeh and Zeitooneh has grown it still encounters challenges when dealing with international donors.

These include long delays waiting for needs assessments to be carried out and a lack of interest in funding smaller projects.

As Halliso explains, while donors may worry that local organisations don’t “have the financial systems in place, don’t have the policies and procedures that prevent corruption and stealing of money,” it is also difficult for local organisations to find support to develop these systems.

“We had trainings on how to write proposals, but writing proposals is not everything. We needed support to buy accounting software. No one from our donors was willing to give us the money, the cash money needed to buy this software.”

“I often meet with people who ask me, ‘I want to help, but I don’t know how and I don’t know where to give my money to because I’m afraid that this will go to the wrong hands or to terrorist groups.’”

One way to address this gap, says Halliso is through the media.

“I think our problem is the media in general around Syria is too much taken about covering the military action, about speaking about terrorism and ISIS. Very little we see stories about the successful examples of Syrians who are trying to help and trying to do something good on the ground,” he said.

Halliso was in New York for meetings organised by the international organisation Oxfam, which has partnered with Basmeh and Zeitooneh, prior to the travel ban imposed on Syrians travelling to the United States.