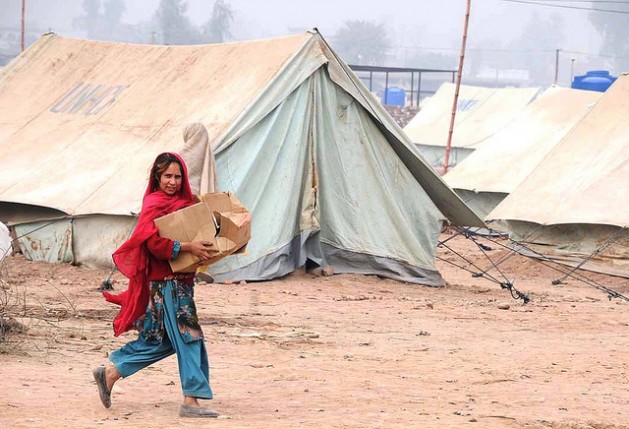 SYDNEY and KUALA LUMPUR, Mar 14 2017 (IPS) - Recent disturbing trends in international finance have particularly problematic implications, especially for developing countries. The recently released United Nations report, World Economic Situation and Prospects 2017 (WESP 2017) is the only recent report of a multilateral inter-governmental organization to recognize these problems, especially as they are relevant to the financing requirements for achieving the Sustainable Development Goals (SDGs).

Most financial flows to developing and transition economies initially rebounded following the 2008 crisis, peaking at US$615 billion in 2010, but began to slow thereafter, turning negative from 2014. Such a multi-year reversal in global flows has not been seen since 1990.

Negative net resource transfers from developing countries are largely due to investments abroad, mainly in safe, low-yielding US Treasury bonds. In the first quarter of 2016, 64 per cent of official reserves were held in US$-denominated assets, up from 61 per cent in 2014.

High opportunity costs
By investing abroad, developing countries may avoid currency appreciation due to rising foreign reserves, and thus maintain international cost competitiveness. But such investment choices involve substantial opportunity costs as such resources could instead be used to build infrastructure, or for social investments to improve education and healthcare.

The African Development Bank estimates that African countries held between US$165.5 and US$193.6 billion in reserves on average between 2000 and 2011, much more than the infrastructure financing gap estimated at US$93 billion yearly. The social costs of holding such reserves range from 0.35% to 1.67% of GDP. Investing about half these reserves would go a long way to meeting infrastructure financing needs on the continent.

This high opportunity cost is due to the biased nature of the international financial system in which the US dollar is the preferred reserve currency. As there is no fair and adequate international financial safety-net for short-term liquidity crises, many developing countries, especially in Asia, have been accumulating foreign reserves for ‘self-insurance’, or more accurately, protection against sudden capital outflows or speculative currency attacks which triggered the 1997-1998 Asian financial crisis.

Foreign capital inflows falling
Less volatile than short-term capital flows, foreign direct investment (FDI) in developing countries was rising from 2000, peaking at US$474 billion in 2011. But since then, FDI has been falling to US$209 billion in 2016, less than half the US$431 billion in 2015.

Most FDI to developing countries continues to go to Asia and Latin America, while falling commodity prices since 2014 have depressed FDI in resource rich Sub-Saharan and South American countries. Falling commodity prices are also likely to reduce FDI flows to least developed countries (LDCs), which need resource transfers most, but only receive a small positive net transfer of resources.

Aid trends disappointing
Although aid flows have increased, aid’s share of GDP has declined after 2009. The recent increase has been more than offset by counting expenditure on refugees from developing countries as aid. When refugee expenditures are excluded from the aid numbers, the 6.9 per cent increase in 2015 falls to a meagre 1.7 per cent. In five DAC countries, aid numbers fell once refugee costs were omitted. Thus, WESP 2017 emphasizes the importance of decomposing aid components and of separately tracking country programmable aid (CPA).

At 0.30 per cent of the gross national income (GNI) of OECD DAC members, official aid falls far short of the 1970 commitment by developed countries to provide aid equivalent to 0.7 per cent of GNI. Only six OECD countries – namely Denmark, Luxembourg, Netherlands, Norway, Sweden and the United Kingdom – met or exceeded the UN target in 2015. But aid to LDCs has been declining since 2010; even bilateral aid declined by 16 per cent in 2014.

Meanwhile, disbursements by multilateral development banks only increased marginally in 2015 while new commitments declined. Commitments by the World Bank’s concessional lending arm, the International Development Association (IDA), which relies on donor contributions to provide concessional credits and grants to low-income countries, declined in real terms during 2014-2015.

Reversing resource outflows
Developing countries also lost an estimated US$7.8 trillion in illicit financial flows (IFFs) between 2004 and 2013 through tax avoidance, transfer-pricing, trade mis-invoicing and profit shifting by transnational corporations (TNCs). Over the past decade, IFFs were often greater than combined aid and FDI flows to poor countries.

Hence, WESP 2017 calls for a complete revamp of the international financial system to address these development finance issues and ensure needed resource transfers to developing countries. Failing to do so will put the SDGs at risk.