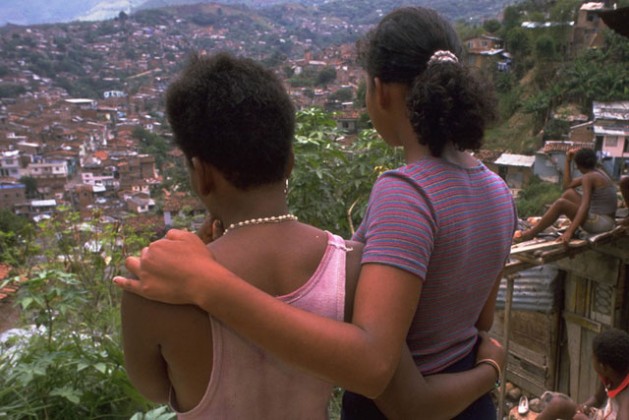 ROME, Mar 27 2017 (IPS) - For over 400 years, more than 15 million men, women and children were the victims of the transatlantic slave trade, one of the darkest chapters in human history. Slavery is, nevertheless, far from being just a chapter of the past—it still there, with estimated 21 million victims of forced labour and extreme exploitation around the world–nearly the equivalent to of the combined population of Scandinavian countries.

According to the UN report 2016 Global Report on Trafficking in Persons, issued in late-December, victims of trafficking are found in 106 of 193 countries. Many of these are in conflict areas, where the crimes are not prosecuted. Women and children are among the main victims.

The legacy of slavery resounds down the ages, and the world has yet to overcome racism. While some forms of slavery may have been abolished, others have emerged to blight the world, including human trafficking and forced and bonded labour.

Add to all the above, the crime of human trafficking, which once more affects millions of women, and girls, who fall prey to sexual exploitation, another form of slavery.

“79 per cent of all detected human trafficking victims are women and children,” UN

In fact, millions of women and girls are sold for sexual exploitation and slavery, according to this new report elaborated by the UN Office on Drugs and Crime (UNODC).

Just as tragically, 79 per cent of all detected trafficking victims are women and children.

From 2012-2014, UNODC estimates that more than 500 different trafficking flows were detected and countries in Western and Southern Europe detected victims of 137 different citizenships.

In terms of the different types of trafficking, sexual exploitation and forced labour are the most prominent.

The report also shows that trafficking can have numerous other forms including: victims compelled to act as beggars, forced into sham marriages, benefit fraud, pornography production, organ removal, among others. 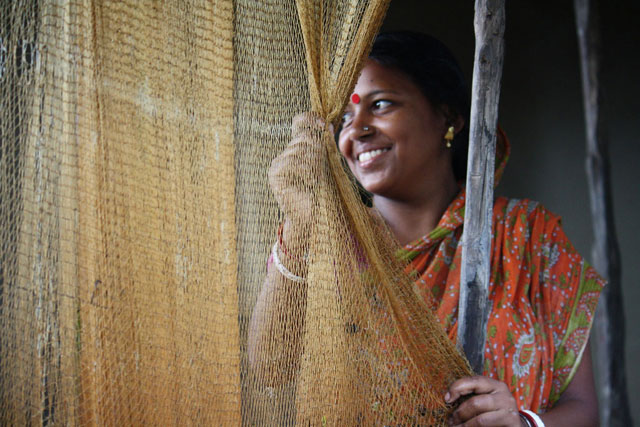 A young woman from a fishing community in West Bengal in eastern India. She comes from a village that is known for high levels of trafficking of women and girls to other major cities. Credit: UN Women/Anindit Roy-Chowdhury

The United Nations estimates the total market value of illicit human trafficking amounted to 32 billion dollars in 2005, a figure that most likely has doubled, or even tripled, in view of the massive waves of persons who have been forced to either migrating due to the growing poverty caused by climate change or the deepening inequality, or fleeing brutal armed conflicts.

In a detailed report, Human Rights First informs that human trafficking earns profits of roughly 150 billion dollars a year for traffickers, according to the International Labour Organization (ILO).

While only 22 per cent of victims are trafficked for sex, sexual exploitation earns 66 per cent of the global profits of human trafficking, reminds Human Rights First.

OSCE studies show that sexual exploitation can yield a return on investment ranging from 100 per cent to 1,000 per cent, while an enslaved labourer can produce more than 50 per cent profit even in less profitable markets (e.g., agricultural labour in India). 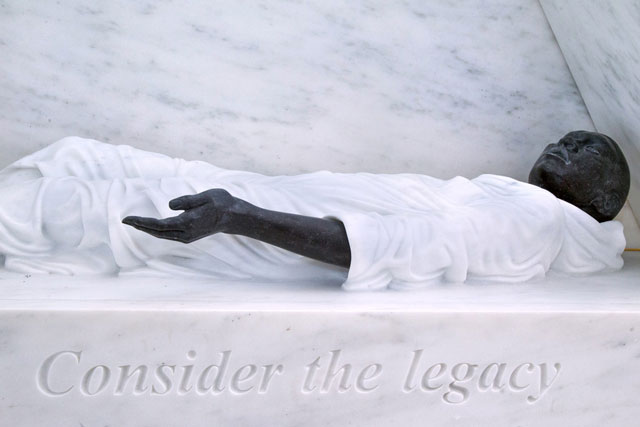 A close-up from the memorial on the legacy of slavery. Credit: UN Photo/Devra Berkowitz

Meanwhile, the United Nations marks every year on 25 March, the International Day of Remembrance of the Victims of Slavery and the Transatlantic Slave Trade that, it says, offers the opportunity to honour and remember those who suffered and died at the hands of the brutal slavery system.

The Day also aims to raise awareness about the dangers of racism and prejudice today.

“We must never forget this dark chapter of human history,” UN secretary general António Guterres on March 24 told a General Assembly meeting to commemorate the abolition of slavery and the transatlantic slave trade, ahead of the Day.

“We must always remember the role played by many of our countries – including my own country of Portugal – in carrying out the largest forced migration in history and in robbing so many millions of people of their dignity and often also of their lives,” Guterres said.

The legacy of slavery resounds down the ages, and the world has yet to overcome racism. While some forms of slavery may have been abolished, others have emerged to blight the world, including human trafficking and forced and bonded labour, he stressed.

And Peter Thomson, the president of the UN General Assembly, called for the protection of human rights and an end to racism, xenophobia and modern forms of slavery, including human trafficking, forced labour and child labour.

The consequences of slavery had not ended with emancipation, but continued to this day, he emphasised. Some were negative, but others positive, he said, underscoring the contributions made by descendants of slavery to shaping multicultural societies.

Shortly before, on March 21, the UN marked the InternationalDay for the Elimination of Racial Discrimination under the theme: Racial profiling and incitement to hatred, including in the context of migration.

“Yet in many parts of the world, discriminatory practices are still widespread, including racial, ethnic, religious and nationality based profiling, and incitement to hatred.”

Racial and ethnic profiling is defined as “a reliance by law enforcement, security and border control personnel on race, colour, descent or national or ethnic origin as a basis for subjecting persons to detailed searches, identity checks and investigations, or for determining whether an individual is engaged in criminal activity,” according to a recent report to the UN Human Rights Council by the Special Rapporteur on contemporary forms of racism, racial discrimination, xenophobia and related intolerance.

“Refugees and migrants are particular targets of racial profiling and incitement to hatred.”

In the New York Declaration for Refugees and Migrants adopted in September 2016, United Nations member states strongly condemned “acts and manifestations of racism, racial discrimination, xenophobia and related intolerance against refugees and migrants, and committed to a range of steps to counter such attitudes and behaviours, particularly regarding hate crimes, hate speech and racial violence.”

This and so many other Declarations, treaties, conventions, etc., are systematically signed by most of world’s countries—not least the US and Europe. Are these countries seriously committed to honour them? When?