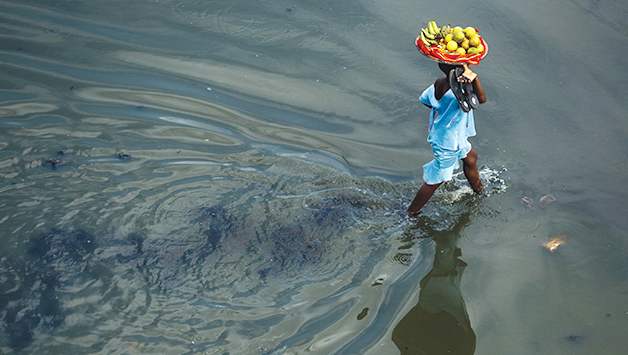 ROME, Aug 21 2017 (IPS) - Imagine a world with as many as one billion people facing harsh climate change impacts resulting in devastating droughts and/or floods, extreme weather, destruction of natural resources, in particular lands, soils and water, and the consequence of severe livelihoods conditions, famine and starvation.

Although not yet based on definite scientific projections, the proven speed with which the process of climate change has been taking place, might lead to such a scenario by 2050. If so, 1 in 9 human beings would be on the move by then.

Currently, forecasts vary from 25 million to 1 billion environmental migrants by 2050, moving either within their countries or across borders, on a permanent or temporary basis, with 200 million being the most widely cited estimate, according to a 2015 study carried out by the Institute for Environment and Human Security of the United Nations University.

“This figure equals the current estimate of international migrants worldwide.”

Other specialised sources estimate that “every second, one person is displaced by disaster.” On this, the Oslo-based Norwegian Refugee Council (NRC) reports that in 2015 only, more than 19.2 million people fled disasters in 113 countries. “Disasters displace three to ten times more people than conflict and war worldwide.” 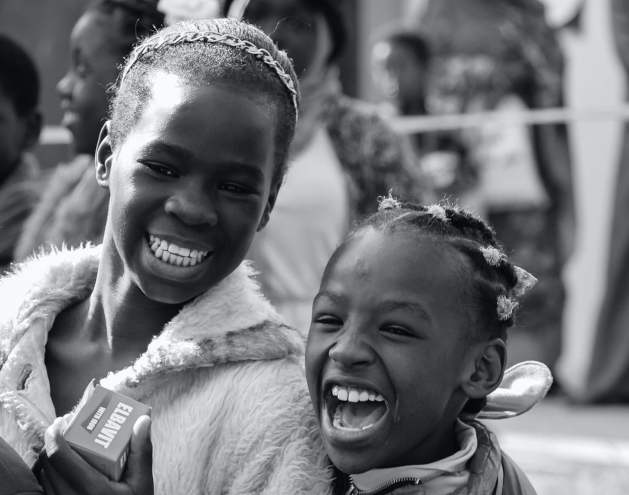 One Person Displaced Every Second

As climate change continues, adds NRC, it will likely lead to more frequent and severe natural hazards; the impact will be heavy, warns this independent humanitarian organisation providing aid and assistance to people forced to flee.

“On average, 26 million people are displaced by disasters such as floods and storms every year. That’s one person forced to flee every second.” See: Climate Victims – Every Second, One Person Is Displaced by Disaster

For its part, the UN International Organization for Migration (IOM) also forecasts 200 million environmental migrants by 2050, moving either within their countries or across borders, on a permanent or temporary basis. Many of them would be coastal population.

In an interview to IPS, the IOM Director General William Lacy Swing explained that political crises and natural disasters are the other major drivers of migration today.

“We have never had so many complex and protracted humanitarian emergencies now happening simultaneously from West Africa all the way to Asia, with very few spots in between which do not have some issue.” 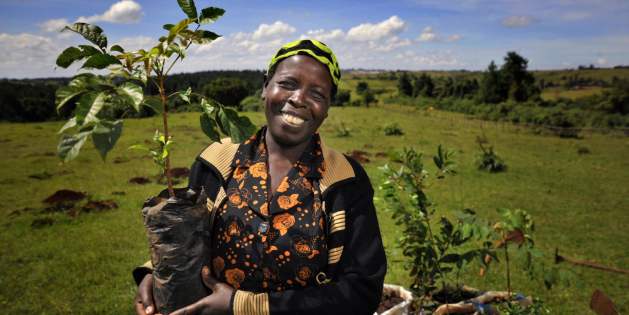 Another warning comes from the United Nations Convention to Combat Desertification (UNCCD), which estimates that some 135 million people may be displaced by 2045 as a result of desertification.

Up to 12 million hectares of productive land become barren every year due to desertification and drought alone, which is a lost opportunity to produce 20 million tons of grain, adds the Bonn-based Convention secretariat.

Meantime, the increase in droughts and flash floods that are stronger, more frequent and widespread is destroying the land – the Earth’s main fresh water store, according to UNCCD.

On the other hand, getting sustainable energy to all represents one of the biggest development challenges of the 21st century, it continues.

In short, land, water and energy as resources are all pillars of our survival and of sustainable development.

“They stand or fall together. To be sustainable and in particular to reach poor rural populations, we need to enhance supply, access and security across all three pillars, at the same time, while supporting global climate ambitions.”

On this, based on the UN Environment Programme’s 2009 study “From Conflict to Peace-building. The Role of Natural Resources and the Environment,” UNCCD reminds that 40 per cent of all intrastate conflicts in the past 60 years are linked to the control and allocation of natural resources.

“The exposure of more and more poor people to water scarcity and hunger opens the door to the failure of fragile states and regional conflicts. Non-state actor groups are increasingly taking advantage of large cross-border migration flows and abandoned lands.”

Where natural assets including land are poorly managed, warns the Convention, violence might become the dominant means of resource control, forcing natural resource assets out of the hands of legitimate government.

Africa is particularly susceptible since more than 90 per cent of economy depends on a climate-sensitive natural resource base like rain-fed, subsistence agriculture.

“Unless we change the way we manage our land, in the next 30 years we may leave a billion or more vulnerable poor people with little choice but to fight or flee.”