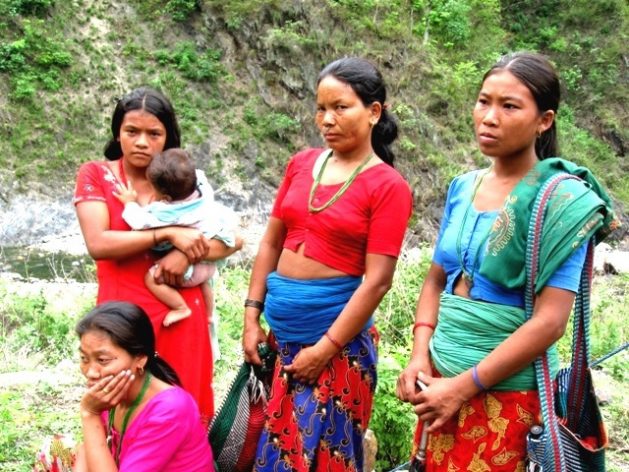 GENEVA / NEW YORK, Aug 7 2017 (IPS) - The world’s indigenous peoples still face huge challenges a decade after the adoption of an historic declaration on their rights, a group of United Nations experts and specialist bodies has warned. Speaking ahead of the International Day of the World’s Indigenous Peoples on 9 August, the group says States must put words into action to end discrimination, exclusion and lack of protection illustrated by the worsening murder rate of human rights defenders.

“It is now 10 years since the UN Declaration on the Rights of Indigenous Peoples was adopted by the UN General Assembly, as the most comprehensive international human rights instrument for indigenous peoples. The Declaration, which took more than 20 years to negotiate, stands today as a beacon of progress, a framework for reconciliation and a benchmark of rights.

But a decade on, we need to acknowledge the vast challenges that remain. In too many cases, indigenous peoples are now facing even greater struggles and rights violations than they did 10 years ago.

Indigenous peoples still suffer from racism, discrimination, and unequal access to basic services including healthcare and education. Where statistical data is available, it shows clearly that they are left behind on all fronts, facing disproportionately higher levels of poverty, lower life expectancy and worse educational outcomes.

Indigenous peoples face particularly acute challenges due to loss of their lands and rights over resources, which are pillars of their livelihoods and cultural identities.

Indigenous women face double discrimination, both as women and as indigenous peoples. They are frequently excluded from decision-making processes and land rights, and many suffer violence.

We call on all States to ensure that indigenous women fully enjoy their rights as enshrined in the Declaration and emphasize that their rights are a concern for all of us.

Individuals and communities who dare to defend indigenous rights find themselves labelled as obstacles to progress, anti-development forces, and in some cases, enemies of the State or terrorists.

They even risk death. Last year alone, some sources suggest that 281 human rights defenders were murdered in 25 countries – more than double the number who died in 2014. Half of them were working to defend land, indigenous and environmental rights.

We urge States to protect indigenous human rights defenders. Crimes committed against them must be duly investigated and prosecuted, and those responsible brought to justice.

Indigenous peoples are increasingly being drawn into conflicts over their lands, resources and rights. Lasting peace requires that States, with the support of the international community, establish conflict resolution mechanisms with the full and effective participation of indigenous peoples’, in particular indigenous women.

Many States still do not recognize indigenous peoples, and in particular indigenous women and youth still face a lack of official recognition and direct political participation. Even in States where laws are in place, the Declaration has not been fully implemented.

It is high time to recognize and strengthen indigenous peoples’ own forms of governance and representation, in order to establish constructive dialogue and engagement with international and national authorities, public officials and the private sector.

The minimum standards for the survival, dignity and well-being of the indigenous peoples of the world, as set out in the Declaration, must now be met.

These include the rights to identity, language, health, education and self-determination, alongside the duty of States to consult and cooperate with indigenous peoples to obtain their free, prior and informed consent before adopting and implementing measures that may affect them.

The Declaration represents important shifts in both structure and the practice of global politics, and the last 10 years have seen some positive changes in the situation of indigenous peoples and greater respect for indigenous worldviews.

But we still have a long way to go before indigenous peoples have full enjoyment of their human rights as expressed in the Declaration. We call on all States to close the gap between words and action, and to act now to deliver equality and full rights for all people from indigenous backgrounds.”