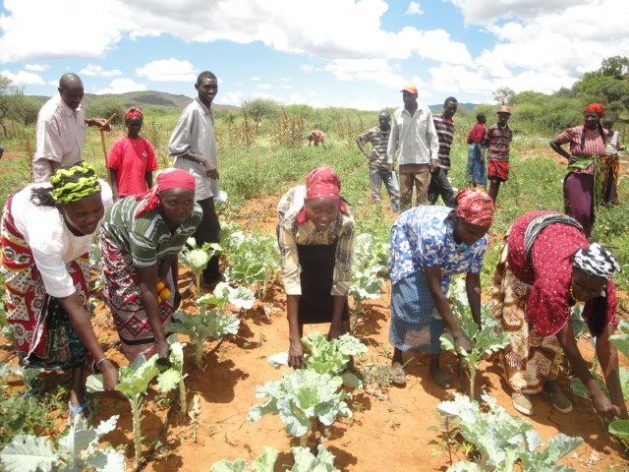 Members of the Kenyan Kadokoi community water project show how they use drip irrigation to grow vegetables with water from their borehole. Credit: Protus Onyango/IPS

ROME, Sep 4 2017 (IPS) - Africa contributes only 4 per cent of global greenhouse gas emissions, while six of the 10 most affected countries by climate change are in Africa, warns a major agricultural research for development partnership, while stressing the urgent need to scale up climate-smart agriculture, improve forestry and transform the productivity of water use.

In an interview with IPS, Elwyn Grainger-Jones, Executive Director of the CGIAR System Organization, analyses the impact of this staggering fact, which is based on the AAA Initiative report (Initiative for the Adaptation of Africa Agriculture to Climate Change), as well as the needed solutions. 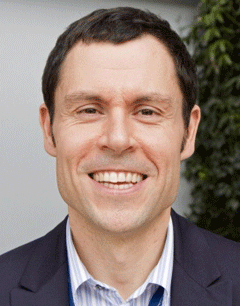 The increasing occurrence and severity of weather events such as droughts and floods, high heat and cold stress, will impact agriculture in Africa, threatening regional food systems, explains Grainger-Jones.

Smallholder farmers and those who primarily draw their incomes from agriculture value chains will be affected, which will in turn threaten the region’s food security, adds the executive director of this partnership comprising 15 independent, non-profit research organisations, home to over 8,000 scientists, researchers and technicians.

“Agriculture and our global food systems, however, contribute up to 29 per cent of greenhouse gas emissions which needs to urgently be addressed,” Grainger-Jones underlines.

He further explains that CGIAR is helping the developing world to harness an environmental transformation, to drastically cut the environmental footprint of the food system, including climate emissions, land degradation, water, land pollution and food waste.

Grainger-Jones adds that CGIAR is leading a major effort to develop and scale up climate-smart agriculture, to improve forestry practices and governance, and to transform the productivity of water use.

“We’re also working to apply relevant new science to develop a new suite of tools and approaches to transform agricultural systems – ranging from policy advice on nutrition and market development, new tools to harness satellite based information and forecasting and new approaches to landscape-level planning.”

According to Grainger-Jones, there is an urgent need to adapt agriculture — which feeds this chronically food insecure region and forms the backbone of its economy — to extreme weather conditions.

Asked what are the most urgent priorities now and in the medium- and long-term, he explains that climate risks to crops, livestock and fisheries are expected to increase in the coming decades, particularly in low-income countries where adaptive capacity is weaker.

“There is an urgent need to implement climate-smart solutions to help smallholder farmers adapt to a changing climate.”

Climate-smart agriculture, one of the key approaches, includes practices and technologies that increase productivity in a sustainable manner, support farmers’ adaptation to climate change and mitigate levels of greenhouse gas emissions, he explains. 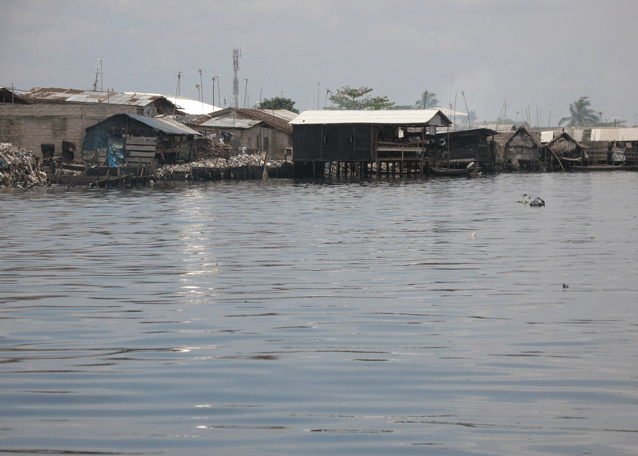 In Ajegunle, a low-lying slum in Lagos, flooding is also disrupting the economic activities of women. Credit: Sam Olukoya/IPS

“We have technologies and policy recommendations that can be implemented now, and our work through the CGIAR Research Program on Climate Change, Agriculture and Food Security is central to supporting smallholder farmers now and in the future.”

“Looking beyond the near-term priorities, we need to continue supporting research to find new ways to adapt and maintain sustainable food systems, which will be under increasing stress to be able to feed a growing population in the face of climate change,” Grainger-Jones adds to IPS.

“It’s not just about growing more food, but making safe, healthy food available that supports healthy diets. We need to reform policies and practices in food systems in the developing world to tackle malnutrition and an emerging global obesity epidemic.”

IPS asked Grainger-Jones about the fact that poor rural populations, in particular in Africa, are being forced to flee conflicts and climate change’s severe impacts, and what are the most pressing policies to be followed in order to prevent massive migration?

It is widely believed that climate change will have negative impacts on agricultural communities, he says, adding that research is supporting the theory that climate impacts will catalyse tragedy among vulnerable populations.

“We need to invest in helping farmers produce more on their existing land using sustainable approaches.”

Asked how, Grainger-Jones explains that with proper foresight and better understanding of the connections between climate change, food security and migration, world leaders can address one of the main contributors to this crisis, and create better lives and futures for vulnerable people.

“With early warning, early action can be taken towards planning and preparedness that can reduce the negative impacts on society.” 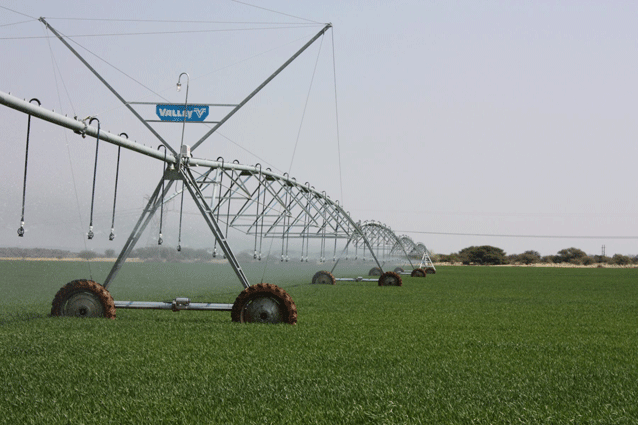 Irrigation near Kakamas, South Africa : how can optimal and sustainable use of water be achieved? / Credit: Patrick Burnett/IPS

Drought and advancing desertification have been aggravating the growing water scarcity challenges.

Asked what CGIAR recommended at the World Water Week 2017 (August 27 to September 1, 2017) in Stockholm, Grainger-Jones says that CGIAR, through the International Center for Agriculture in the Dry Areas (ICARDA), a CGIAR Research Center, is developing technologies that are combatting drought and desertification.

“For example, in Jordan, to cope with water scarcity, we have developed practical mechanised water harvesting techniques that support the revegetation of degraded rangeland ecosystems,” he adds.

“There is a need to mitigate public health risks and avoid a major environmental hazard through measures taken along the entire food supply chain, and includes improved wastewater treatment, but also preventative methods on farms and food handling.”

CGIAR is a global research partnership for a food-secure future. Its science is dedicated to reducing poverty, enhancing food and nutrition security, and improving natural resources and ecosystem services.

Based in Montpellier, France, its research is carried out by 15 CGIAR centers in close collaboration with hundreds of partners, including national and regional research institutes, civil society organizations, academia, development organisations and the private sector.

All 15 Research Centers are independent, non-profit research organisations, innovating on behalf of poor people in developing countries. . Each Center has its own charter, board of trustees, director general, and staff.

Elwyn Grainger-Jones (UK), joined CGIAR in October 2016 with over 20 years experience and expertise in development, agriculture and climate change, including previous positions at the UK’s Department for International Development (DFID), the International Fund for Agricultural Development (IFAD) and the World Bank.