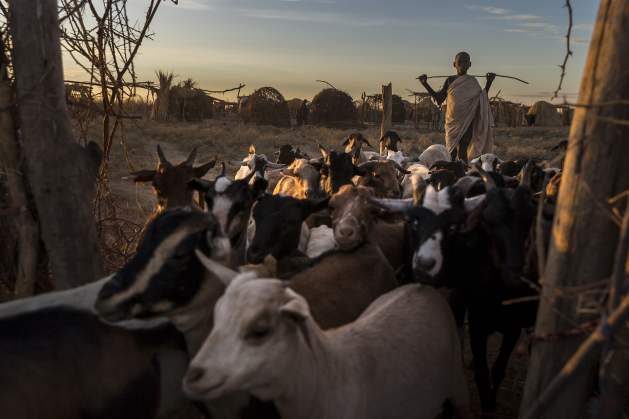 WASHINGTON, DC, Sep 12 2017 (IPS) - When people ask me what rising sea levels and hurricanes have to do with human rights, I tell them about my work trip to the Maldives back in 2008. At the time, the small island nation was undertaking democratic reforms and leading the diplomatic efforts at the UN to portray the human face of climate change. Vivid in my memory is an image of a man piling up sand bags to keep the rising sea from taking his house. Vivid also are the faces of elderly islanders, wracked with despair and disbelief, after huge storm surges had forced people to relocate.

Stories of lives upturned are certainly tragic, but they also help explain why rising seas and extreme weather are linked to human rights.

There are many examples of this. In Kenya, increased temperatures and unpredictable rainy seasons threaten Indigenous people’s food and water supplies. In Bangladesh, natural disasters – notably flooding  – fuel poverty, which in turn leads to more child brides as families try to marry off their daughters before they lose their land to rising rivers. And in Brazil, climate change may hasten the spread of mosquito-borne illnesses, like the Zika virus, which is especially harmful to women and girls.

So it is not just islanders in some remote corner of the world who stand to lose with climate change. Images of the devastation wrought on Houston and in Florida clearly show that the global climate system connects us all. Rich or poor, east or west, north or south, we all share one atmosphere.

In a worrying sign of where the US administration is on the issue, it recently chose to announce it is axing the post of climate change envoy at the very moment that Hurricane Harvey was wreaking havoc across Texas and as hundreds of people in South Asia were dying in unprecedented monsoon rains.
Nevertheless, for the Maldives and other small islands the stakes are particularly high: they risk losing everything if the world does not meet the objectives of the Paris Agreement and prevent sea levels from rising further.

“The rising seas, extreme weather events or changes to agriculture… threaten our way of life and in some cases, our very existence,” warned Fiji’s Prime Minister, Frank Bainimarama, in Bonn last May as he prepared to assume the presidency of the forthcoming global climate summit, to be held this November.

It will be the first time a small-island nation takes on this role, and as a country particularly susceptible to climate change, Fiji is well-positioned to champion its climate vision. A fresh approach is particularly important at a time when populism and ignorance are clouding rational decision-making in the United States, the second largest emitter of greenhouse gases after China. In a worrying sign of where the US administration is on the issue, it recently chose to announce it is axing the post of climate change envoy at the very moment that Hurricane Harvey was wreaking havoc across Texas and as hundreds of people in South Asia were dying in unprecedented monsoon rains.

Fiji’s leader says he wants to maintain the momentum of the 2015 Paris Agreement, which explicitly calls on governments tackling climate change to respect their human rights obligations. But Baininarama has been utterly silent on this so far.

So why is Bainimarama dragging his feet on human rights? Possibly because prior to winning elections three years ago, Bainimarama seized power in a 2006 coup d’etat, and cynically justified his subsequent use of military rule by saying it was necessary to restore democracy and curtail corruption. While there has been less outright intimidation and more space for public debate since 2014, the government has shown little political will to prosecute cases of torture and other ill-treatment. 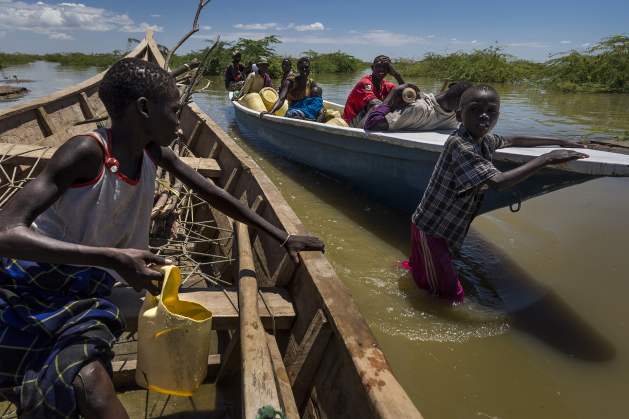 There are some positive signs. For example, Fiji’s lead climate negotiator spoke movingly in May about how Fijians honor their buried ancestors as part of the land, explaining how rising seas affect a complex web of cultural rights and practices.

Fiji should use its leverage as presidency to secure respect for rights in the fight against climate change. And other nations should be prepared to follow its lead.

In June, the UN Human Rights Council warned that “climate change poses an existential threat for some countries” and “has already had an adverse impact on the full and effective enjoyment of human rights‎.” The people of islands like the Maldives and Fiji – as well as the millions more affected globally, everywhere from Houston to Hyderabad – are only too aware of this.

The statements and views mentioned in this article are those of the author and do not necessarily represent those of IPS..