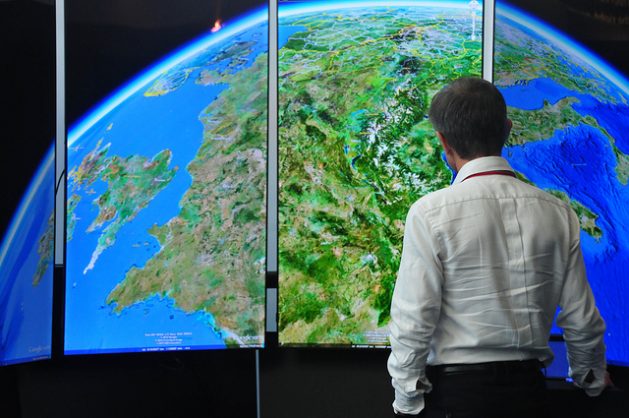 SYDNEY and KUALA LUMPUR, Sep 26 2017 (IPS) - The Trump administration’s promise to increase infrastructure spending should break the straightjacket the Republicans imposed on the Obama administration after capturing the US Congress in 2010. However, in proportionate terms, it falls far short of Roosevelt’s New Deal effort to revive the US economy in the 1930s.

To make matters worse, reducing budget deficits remains the main economic policy goal of all too many OECD governments. Governments tend to cut social spending if they can get away with it without paying too high a political price.

But OECD governments’ belief that social spending — on health, education, childcare, etc. — is growth inhibiting is sorely mistaken. There is, in fact, overwhelming evidence of a positive relationship between public social spending and growth.

Return of supply-side economics
The cornerstone of all too many OECD government policies is tax cuts, especially for business corporations, ostensibly so that they will invest more with their higher retained earnings. This policy is premised on the long-discredited ‘supply-side economics’ promoted by conservative economists led by Arthur Laffer, popular during the early Reagan-Thatcher era of the 1980s.

But in retrospect, it is clear that the tax cuts by the Reagan administration on high-income households and businesses failed to boost growth in the US. Harvard professor and National Bureau of Economic Research president emeritus Martin Feldstein, President Reagan’s former chief economist, and Douglas Elmendorf, the former Democrat-appointed Congressional Budget Office Director, have shown that the 1981 tax cuts had virtually no net impact on growth.

Similarly, the 2001 and 2003 Bush tax cuts on ordinary incomes, capital gains, dividends and estates also failed to stimulate much growth, if any. In both cases, growth mainly came from other expansionary policies.

The OECD and the IMF also both doubt that tax cuts significantly induce investments. Cross-country research has found no relationship between changes in the top marginal tax rates and economic growth between 1960 and 2010. During this half-century period, although the US cut its top tax rate by over 40 percentage points, it only grew by just over two percent per annum on average. In contrast, Germany and Denmark, which barely changed their top rates at all, experienced similar growth rates.

Thus, tax cuts do not magically improve economic growth. Instead, the government should focus on building more economic capacity with new investments in infrastructure, research and development (R&D), education, and anti-poverty programs. As the IMF’s 2014 World Economic Outlook showed, the impacts of public investment are greatest during periods of low growth.

Investments in early childhood, including health and education, also enhance economic benefits. The earlier the interventions, the more cost-effective they tend to be; hence, OECD policymakers now promote preschool childcare and education.

But the revenue boost from greater growth and productivity due to such social programs may not be enough to prevent rising deficits or debt. However, there are many ways to deal with revenue shortfalls, including new taxes as well as better regulations and enforcement to stem tax evasion. Progressive social protection programs and universal health care provisioning also help improve equity.

The ‘cure’ is the problem
This is not the time to reduce public debt through damaging cuts to social programs when most OECD economies are stagnant and the world economy continues to slow down. Hence, the current OECD priority should be to induce more robust and inclusive growth.

There is simply no robust evidence – old or new – of growth benefits from ‘supply-side’ tax cuts. This is the time for a pragmatic inclusive growth agenda, breaking free of the economic mythology which has held the world economy back for almost a decade.