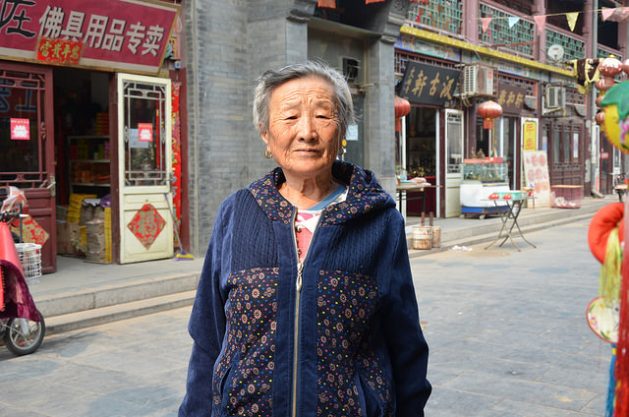 SEOUL/NEW DELHI, Oct 28 2017 (IPS) - Experts on population ageing converged in Seoul this week to discuss how to make reaching one’s “golden years” a happy and sustainable process across the world.

They gathered at the Global Symposium on Ageing 2017. The two-day symposium on Oct. 23-24 was aimed at “Promoting Resilience and Sustainability in an Ageing World”.

“Having never encountered ageing on a global scale before, humanity is still grappling with this issue through a trial and error approach." --Yasuo Fukuda, Chair of APDA

Organized by the United Nations Population Fund (UNFPA) and Statistics Korea (KOSTAT), it brought together thought leaders in the field of ageing, including policy makers, academics, civil society, the private sector, and representatives of international agencies, to review past developments, current challenges, and future actions.

“Population ageing is no longer a phenomenon of developed countries. The pace of population ageing is progressing most quickly in developing countries. By 2050, around 80 percent of people aged 60 or older will live in what are now low- or middle-income countries,” said Dr. Natalia Kanem, executive director of UNFPA.

“Ageing is the outcome of great achievements in health and nutrition, in social and economic development, and it reflects a better quality of life around the globe. It is a triumph of development. We must now turn our focus from merely helping people reach old age to helping them reach a happy old age,” she added.

During the two-day symposium, participants reviewed the progress of the Madrid International Plan of Action on Aging (MIPAA), which was adopted at the Second World Assembly on Ageing by government representatives from all over the globe in 2002.

MIPAA continues to serve as one of the main guiding frameworks for UNFPA’s work of stock-taking on global ageing. It recognizes ageing as a global trend and relates this to social and economic development and human rights. MIPAA promotes a “society of all ages” and assures the wellbeing of a large and growing number of older persons.

The symposium also debated how population aging might affect social and economic development, and discussed whether government policies regarding education, health, and woman’s empowerment are really supporting their ageing population.

One in nine persons across the world is aged 60 or older. This is projected to increase to one in five by 2050.

On the eve of the conference, the Asian Population and Development Association (APDA) also issued a ‘Policy brief on Ageing in Asia’.

“We live in a world in which globally the population is ageing, and a demographic transition taking place,” said Yasuo Fukuda, a former Prime Minister of Japan and Chair of APDA, in his introduction.

“Having never encountered ageing on a global scale before, humanity is still grappling with this issue through a trial and error approach, and despite multitudinous research on the topic, a one-size-fits-all solution has yet to be found,” he said.

“This report too is limited in its scope, and is by no means a compendium of the vast amount of research that has been done on ageing and social security, and does not offer definitive solutions,” Fukuda added. “What it does aim to do is to clearly set out issues surrounding this topic and present critical views that can help Asian countries develop better policies for population ageing.”

While sharing the details and findings of the policy brief, Fukuda said that it is necessary to strengthen the gathering of statistics, in particular the census system, and to establish family registration systems in order to identify the paid subscribers and beneficiaries of social security, and to avoid a breakdown in the system resulting from the so-called tragedy of the commons. He also emphasized that there need to promote research and implement policies to stem very low fertility and so avoid too rapid a decline in population.

“The projections show that around 90 percent of Asian countries will be either ageing or super-ageing societies by 2050. Ageing in Asia is particularly characterized by the rapid pace of ageing in East Asian countries,” the report said.

“Whereas it took more than 40 years for the ratio of population ageing to double from 7 percent to 14 percent in Western countries, it took less than 25 years in countries such as South Korea, Singapore, and Japan.”