No One Country Can Do It Alone — Towards a Migration Compact 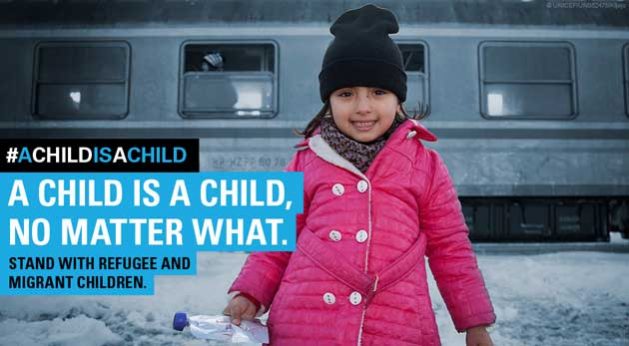 UNITED NATIONS, Dec 8 2017 (IPS) - International commitment and cooperation is critical to reap the benefits and overcome the challenges of migration, stressed a leading official at the conclusion of a UN meeting.

Over 400 delegates from 136 countries convened in Puerto Vallarta, Mexico to review data and recommendations for the creation of the Global Compact for Safe, Orderly, and Regular Migration.

“We stand today tasked with the mandate to weave these challenges and opportunities into a global effort to enhance State cooperation in the management of migration,” said UN Special Representative for International Migration Louise Arbour at the end of the three-day meeting.

Arbour reminded delegates of the “tragedy of large mixed flows of people on the move and how to deal with those who are ineligible for international refugee protection yet for whom humanitarian assistance and longer-term solutions are no less urgent.”

In an effort to respond to the unprecedented numbers of people fleeing conflict and poverty, member states adopted the New York Declaration for Refugees and Migrants in 2016 which included an agreement to develop two global compacts for migration and refugees.

The preparatory meeting in Mexico kickstarts the formal process to create these compacts.

The compact can help trigger political action towards the development of a longer-term global migration response, she added.

Though disappointed in the watered-down declaration which failed to include more concrete commitments, Amnesty International’s Senior Campaigner for Refugee and Migrant Rights Denise Bell told IPS that the compact is still “an important set of principles.”

Sottoli urged for a heightened and continued focus on migrant and displaced children for the compact.

Nearly half of the world’s refugees are children, while another 22 million children have been uprooted from their homes due to poverty and other factors.

Over 300,000 have been documented traveling unaccompanied around the world in recent years, leaving them vulnerable to exploitation.

“We have seen evidence that tell us about terrible situations of children and adolescents in detention centers…in conditions that none of us would ever imagine is acceptable for our own children,” Sottoli told IPS.

In Libya, the main entry point to the Mediterranean Sea and thus Europe, militias hold migrants in detention centers in order to ask their families for ransom money. Women and children have been found living in cramped spaces in militia-run detention centers with little basic services or even access to the outdoors.

In one of the centers, UNICEF spoke to 16-year-old Patti who fled war and poverty in Nigeria.

“The journey was hard. Very hard…we walked for two weeks to reach Libya, sometimes walking and going without water for two days,” she said.

Patti was captured at sea, brought back, and arrested in Libya.

“When I was in the sea, I was so scared. I was just comforted by my dreams of going to Europe and making a good life for myself and my siblings,” she said.

Footage revealing migrants being sold at an auction has also garnered international outrage, prompting the International Organization for Migration (IOM) to evacuate and help hundreds of West African migrants including children return home.

“We are trying to bring these people back into the daylight of our time where they are known and they are assisted and protected,” IOM’s Director-General William Lacey Swing told the UN.

The United States has seen a surge in child migrants fleeing violence in Central America in recent years. In 2014, border agents apprehended almost 70,000 minors, a 77 percent increase from the year before.

The unaccompanied children are often held in detention centers in unsanitary and cramped living conditions and for an indefinite period of time.

UNHCR is now considering providing help to unaccompanied minors crossing the border in light of new policies preventing them from seeking safe refuge.

The new administration has ended a program that allowed children fleeing violence in El Salvador, Guatemala, and Honduras to apply for refugee status before leaving home and making the dangerous trip to the border.

The government has also reduced the refugee cap to 45,000, the lowest level since 1980.

Most recently, just hours before the preparatory meeting in Mexico, the U.S. Ambassador to the UN Nikki Haley announced that the country was withdrawing from the non-binding global compact, claiming that it would restrict U.S. sovereignty on migration policy.

“The world’s most vulnerable are being punished again and again—first through the slashing of refugee admission numbers to this withdrawal from the Compact,” she added.

A group of U.S. civil society organizations that took part in the meeting also issued a statement calling the move “deeply disappointing” and for the North American nation to recommit to the multilateral process.

“Migration is a global phenomenon which requires a global response. The United States is not immune from the global forces of conflict, economic coercion, and climate change that drive human migration,” they stated.

Sottoli echoed similar sentiments, saying that no one country on its own can protect children as they move across borders.

“We are hopeful that the challenges of tacking this complex agenda will be addressed and that many countries will continue collaborating and look forward to shape a new compact,” she told IPS.

In their ‘Beyond Borders’ report, UNICEF calls to protect child refugees and migrants, particularly unaccompanied children, to end the detention of children seeking refugee status or migrating, and to keep families together as the best way to protect children.

The report provides case studies of effective methods to protect child refugees and migrants, including that of Greece which established the National Centre for Social Solidarity (EKKA) to help track and monitor unaccompanied children in detention and ensure they are placed in safe accommodation and care.

“Policy decisions need to be made on the basis of acts, experiences, and proven solutions. This is the moment to take stock of what is out there and what is working…solutions are out there,” Sottoli said.

Bell called on the international community to not only protect the rights of refugees and migrants, but also redouble their commitments to resettlement.

“We have to come back to a story of migrants that is historically accurate…migration has always been a positive story,” Swing said.

The next step in the process towards creating the Global Compacts is the Secretary-General’s report on migration, expected to be released in January followed by intergovernmental negotiations. The Global Compacts will be presented for adoption at a conference in Morocco in December 2018.