A Step Towards the Light: Ending Human Trafficking 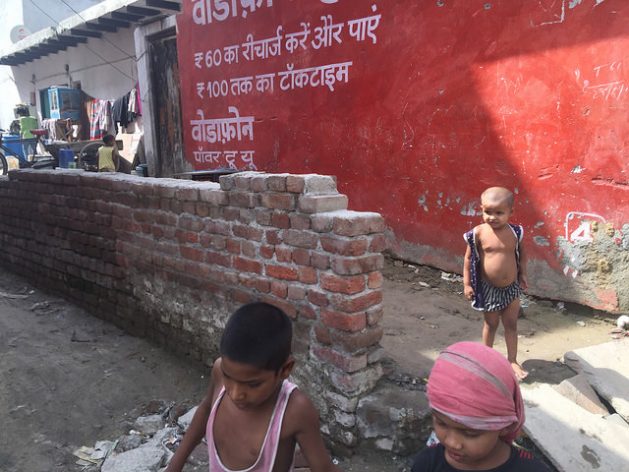 Children from rural areas and disempowered homes are ideal targets for trafficking in India and elsewhere. Credit: Neeta Lal / IPS

Created by the International Organization for Migration and Polaris, the Counter-Trafficking Data Collaborative (CTDC) is the world’s first human trafficking data portal.

It collects data from various counter-trafficking organizations around the world in order to help stakeholders identify and respond to trends.

“We are really just starting to see the beginning of what could be done with this type of information in the future,” Data Management and Research Specialist Harry Cook told IPS.

“Data can be really useful to build the evidence base for policy making and programming to counter-trafficking,” he added.

With approximately over 20 million victims of human trafficking, the portal captures 80,000 cases from women being coerced to perform sexual acts to teens forced to work long hours with little to no pay.

“It is a significant amount of data. We are really hoping it will shine the spotlight,” Cook said.

“If you imagine all around the world, there are lots of actors providing direct assistance to victims…so if we can all get together and actually harness the data that we have and put it there for those who are also working to combat the crime, then I think in the future it is going to be a pretty big step,” he continued.

Among the portal’s first findings is child trafficking trends.

Analysts found that almost half of identified cases of child trafficking begin with some family member involvement.

Families are also more likely to be involved in trafficking of boys who make up of 61 percent of cases.

Carlos was 16-years-old when he made the journey to the United States from Guatemala in order to get a better education at the invitation of family members.

Upon arriving however, Carlos was forced to work instead of go to school. He worked in construction for 12 hours a day, six days a week and any income earned was taken by his stepfather who said that it was in return for rent, food, and the debt associated with Carlos’ journey.

“We hadn’t really seen it in these kinds of statistics…the fact that there is such a scale suggests that we need to change tact a little bit in terms of where we focus our efforts,” Cook told IPS, noting that family coercion is not always meant to be malicious.

“We really want to help heads of households to make the best long term plans for themselves and their families and how they can do that in a way that respects the agency and aspirations of their children.

Though Carlos was able to find help through Polaris’ human trafficking hotline, not everyone is so lucky.

After being threatened to join a gang in El Salvador, Fernando escaped the country and paid a smuggler for help getting to the U.S.

When he reached the Texas border, a restaurant owner was waiting to purchase him and Fernando was forced to wash dishes at the restaurant without pay four five years.

Frightened of being deported back to El Salvador, Fernando and others like him continue to work there today.

In the United Kingdom, a Vietnamese teenager who was trafficked into the country’s cannabis industry was refused asylum, prompting national outrage.

He currently faces deportation back to a country where he has no family and at risk of renewed trafficking.

Not only does trafficking have serious and long-lasting impact on the mental and physical health of children, but the lack of of a human rights-based approach to migration leaves children even more vulnerable to exploitation.

“It’s important for people to see that all of these people, children are human beings—these are all children that are moving for the same reasons that anyone in the world would moves,” Cook told IPS.

“[Migration] is not something to be stopped, it is something to be properly managed or addressed at all levels. If that’s not there, then we will continue to have nefarious criminals operating in the cracks,” he continued.

With the portal, increased access to critical information can help strengthen local, national, and international institutions and ultimately eradicate crimes of trafficking and exploitation.