ILO Fails to Cut Ties with Tobacco Industry – Yet Again 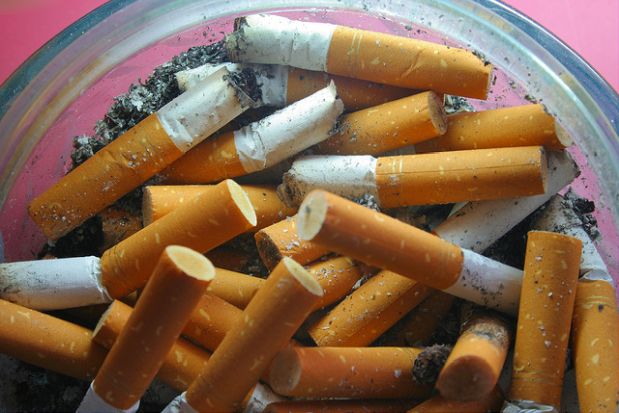 A majority of countries and workers in the governing body want to finally break financial ties with the tobacco industry. However, there is still opposition from the employers group and a few countries, mostly in the African region.

The tobacco industry has more to gain from its ties with the ILO than countries themselves. No more postponements. Let the debate on 22 March be the last to finally end this long, unhealthy relationship.

“Our continent of Africa is specifically being targeted by the tobacco industry. The conference theme, ‘Uniting the world for a tobacco free generation’ is so appropriate here – we have a growing and youthful population. The youth are special targets. The main purpose of the tobacco industry is to maximise profits at the expense of often vulnerable people. Our fight now is not just against tobacco, it’s a fight for humanity.”

Dr Aaron Motsoaledi, South Africa Minister of Health
At the ongoing 332nd Session in Geneva, in a statement delivered by Uganda, the African group took the rather surprising position that the ILO should continue taking money from the tobacco industry.

This is in stark contrast to the Uganda Ministry of Health’s compelling presentation at the 17th World Conference on Tobacco or Health (WCTOH) recently in Cape Town which showcased Uganda’s strong national tobacco control law that prohibits partnerships of any kind or endorsement of the tobacco industry.

At the opening of the WCTOH, the South Africa Minister of Health, Dr Aaron Motsoaledi, said: “Our continent of Africa is specifically being targeted by the tobacco industry. The conference theme, ‘Uniting the world for a tobacco free generation’ is so appropriate here – we have a growing and youthful population. The youth are special targets. The main purpose of the tobacco industry is to maximise profits at the expense of often vulnerable people. Our fight now is not just against tobacco, it’s a fight for humanity.”

The WCTOH concluded with more than 2000 participants from about 100 countries adopting a declaration calling on the ILO to “end its collaboration with the tobacco industry immediately.”

Africa is making progress in controlling smoking with countries such as Senegal, South Africa and Uganda enacting strong tobacco control laws. Unfortunately, the progress made in Africa appears to not matter when it comes to the positions taken by some delegations attending the ILO governing body meeting

In a report to the governing body of the ongoing 332nd Session in Geneva, the ILO Secretariat proposed that the body no longer rely on tobacco industry funds. It suggested using funds from its regular budget upon the expiry of tobacco industry funded projects this year. In addition, the Secretariat urged partnerships with other United Nations agencies and international development banks, notably the World Bank.

Ending child labour in tobacco growing can be achieved without accepting money from the tobacco industry. The ILO governing body should embrace the proposed integrated strategy which would mobilise international development partners instead of relying mainly on funds from an industry whose products kill 7 million people each year.

Last week, more than 200 public health and sustainable development organisations called on the ILO’s governing body to institute “the strongest possible policies to prohibit cooperation and public-private partnerships with the tobacco industry.”

While the ILO governing body keeps deferring its decision, the tobacco industry and organisations it funds are ramping up publicity that they are committed to the future of tobacco growing communities. The reality is rather different.

The ILO partnerships with the tobacco industry provide limited results, which do not address the root causes of child labour. Tobacco farm workers remain trapped in labour exploitation, poverty and illness despite the claims of the industry, which benefits the most from an extremely harmful but highly profitable business.

In Zambia and Kenya, rigorous studies demonstrated that tobacco growing rarely benefits farmers. In Malawi, independent farmers generate a loss while profits are much lower for contract farmers, when the cost of family labour is accounted for in the calculation of profits.

The tobacco industry has a history of interfering with tobacco control policymaking by using CSR activities to improve its public image, exert undue influence with international and regional intergovernmental organizations, and gain access to high level officials in targeted countries.

This is why, as a member of the UN Interagency Task Force on NCDs, the ILO should fully align with the UN Economic and Social Council Resolution E/RES/2017/8 , Article 5.3 of the Framework Convention for Tobacco Control (FCTC)  – a global treaty with 181 Parties and the UN model policy for agencies of the UN system to ensure tobacco control efforts are protected from undue influence by any form of vested interest.