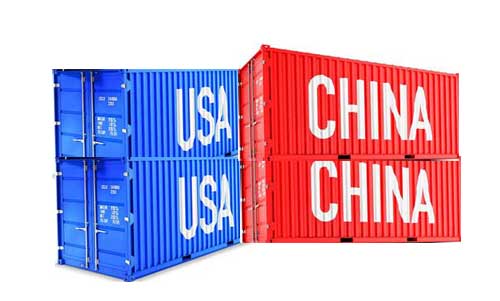 SYDNEY & KUALA LUMPUR, Jul 16 2018 (IPS) - The United States has had the world’s largest trade deficit for almost half a century. In 2017, the US trade deficit in goods and services was $566 billion; without services, the merchandise account deficit was $810 billion.

The largest US trade deficit is with China, amounting to $375 billion, rising dramatically from an average of $34 billion in the 1990s. In 2017, its trade deficit with Japan was $69 billion, and with Germany, $65 billion. The US also has trade deficits with both its NAFTA partners, including $71 billion with Mexico.

President Trump wants to reduce these deficits with protectionist measures. In March 2018, he imposed a 25% tariff on steel imports and a 10% tariff on aluminium, a month after imposing tariffs and quotas on imported solar panels and washing machines. On 10 July, the US listed Chinese imports worth $200 billion annually that will face 10% tariffs, probably from September, following 25% tariffs on $34 billion of such imports from 7 July.

Do US trade deficits reflect weakness?

The usual explanation for bilateral trade deficits is price differentials. However, the US accuses such countries of ‘unfair’ trade practices, such as currency manipulation, wage suppression and government subsidies to boost exports, besides blocking US imports.

Trump views most trade deals such as NAFTA as unfair. His team insists that renegotiating trade deals, ‘buying American’, a strong dollar and confronting China will shrink US trade deficits. 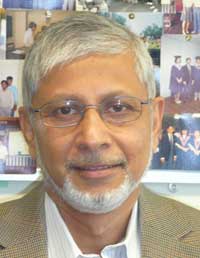 But the country’s overall trade deficit, offset by capital inflows, is related to the gap between its savings and investments. The US spends more than it produces, thus importing foreign goods and services. Cheap credit fuels debt-financed consumption, increasing the trade deficit.

Total US household debt rose to $13.2 trillion in the first quarter of 2018, the 15th consecutive quarter of growth in the mortgage, student, auto and credit card loan categories. American consumer debt was more than double GDP in 2017.

The US budget deficit was 3.5% of GDP in 2017. According to the US Congressional Budget Office, it will surpass $1 trillion by 2020, two years sooner than previously projected, due to Trump tax cuts and spending increases.

The growing US economy may also increase the trade deficit, as consumers spend more on imported goods and services. The stronger dollar has made foreign products cheaper for American consumers while making US exports more expensive for foreigners.

These underlying economic forces have become more important than policies in raising the overall trade deficit, while bilateral deficits reflect specific commercial relations with particular countries. Thus, disrupting bilateral trade relations may only shift the trade deficit to others.

Have the cake and eat it?

So, why does the US have a structural trade deficit? As the de facto international ‘reserve currency’ after the Second World War, the US has provided the rest of the world with liquidity. Its perceived military strength means it is seen as a safe place to keep financial assets. Of about $10 trillion in global reserves in 2016, for example, around three fifths were held in US dollars.

US supply of international liquidity by issuing the global reserve currency offers several economic advantages. It also earns seigniorage from issuing the main currency used around the world, due to the difference between the face value of a currency note and the cost of issuing it.

With growing foreign demand for dollars, the US can run deficits almost indefinitely by creating more debt or selling assets. Demand for dollar-denominated assets, e.g., US Treasury bonds, raises their prices, lowering interest rates, to finance both consumption and investment.

While foreign investors buy low-yielding, short-term US assets, Americans can invest abroad in higher-yielding, long-term assets. The US usually reaps higher returns on such investments than it pays for debt, labelled America’s ‘exorbitant privilege’.

Can the US win Trump’s trade war?

Barry Eichengreen noted that countries in military alliances with reserve-currency issuing countries hold about 30% more of the partner’s currency in their foreign-exchange reserves than countries not in such alliances. Instead, Trump has prioritized reducing trade deficits to strengthen the US dollar and dominance while disrupting some old political alliances.

As the US retreats from the global diplomatic stage, use of other reserve currencies, including China’s renminbi, has been growing, especially in Europe and Africa. Thus, ironically, as Trump wages trade wars on both foes and friends, China will probably gain, both geopolitically and economically.

The resulting global economic shift will not only hurt the US dollar and economy through the exchange rate and borrowing costs, but also its geopolitical dominance.