New Rules for High Seas Must Include Needs of Poorest Nations

LONDON, Sep 4 2018 (IPS) - Over-fishing, warming oceans and plastic pollution dominate the headlines when it comes to the state of the seas. Most of the efforts to protect the life of the ocean and the livelihoods of those who depend on it are limited to exclusive economic zones – the band of water up to 200 nautical miles from the coast. 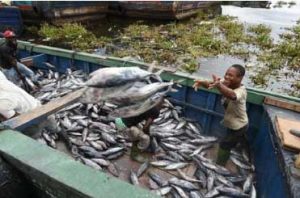 But to be truly effective, all of the ocean needs to be protected. The high-seas that lie beyond national jurisdictions ― two-thirds of the ocean’s surface ― remain largely ungoverned.

The world has a new opportunity this week to move a step closer to addressing these issues as UN members start negotiating an international legally binding treaty to protect the high seas. (United Nations Convention on the Law of the Sea on the conservation and sustainable use of marine biological diversity of areas beyond national jurisdiction, 4-17 September). The first of four rounds of negotiations that will continue until 2020.

Despite the common perception that the high seas are too remote to matter to coastal communities, strong scientific evidence shows the ocean is a highly interconnected ecosystem. For example, a number of fish species use the high seas at different stages of their lifecycle for feeding and spawning, which is why protecting it is critically important to coastal communities’ livelihoods and economies.

For these negotiations to be effective and fair, it is crucial the people living in coastal communities in the least developed countries (LDCs) and small island developing states (SIDS) are listened to and have an active role in protecting and sustainably managing the ocean. They are among those most affected by the impacts of how the ocean is used and protected, from fishing to conservation measures.

Any measure to govern these waters must make sure that any activity in these waters benefits everyone ― particularly the poorest countries.

The ocean as a whole is recognised by international law as a common heritage of mankind ― it belongs to everyone, now and forever. But most developing countries do not have the financial or technological means to share the benefits it provides.

To make sure they have equal access, it is crucial this treaty establishes a mechanism that enables them to share its benefits. Monetary benefits can be best shared by establishing a trust fund.

This, as is the case with such governing bodies as the International Seabed Authority, would enable coastal communities to build their capacities and become involved in monitoring the environmental health of the seas.

And they would be able to participate proactively in research and development, and sustainably use the high seas as a source for medicines, science and other genetic resources.

It could be financed from a percentage of the profits that wealthier countries make through economic activities on the high seas whether from extraction of marine genetic resources or any other activity.

The equitable distribution of benefits from conservation of the high seas should also be at the core of the negotiations. It is important that any new global agreement recognises that when protected areas are designated they consider how they will affect coastal communities across the global south.

These areas linking territorial waters to the high seas are critical both for protecting marine species and helping to restore coastal fisheries, which are vital to sustaining the livelihoods of people in poor coastal communities.

One of the biggest threats to marine biodiversity in areas beyond national jurisdiction is overfishing. Studies show that fishing in the high seas is unprofitable and are only economically viable because governments subsidies large fishing fleets. It is important that in this first round of talks, governments agree clear steps to end all harmful subsidies.

Instead, these subsidies should be directed towards activities that deliver positive social and environmental results. By providing support for monitoring and surveillance of marine protected areas, giving incentives to fishers for not using damaging fishing practices, and enhancing access to markets and services including by providing support for storage facilities, poor coastal communities and fishers will be able to benefit from ocean-friendly investment.

We cannot afford to keep the status quo. These negotiations are an opportunity to establish a new legally binding treaty that is fair and equitable for everyone. This is about sustainably sharing 50 per cent of the planet with 100 per cent of the world’s population.

It is crucial the needs of the poor are heard at every stage of this process to make sure they are not left behind in the drive to govern the life of the oceans.