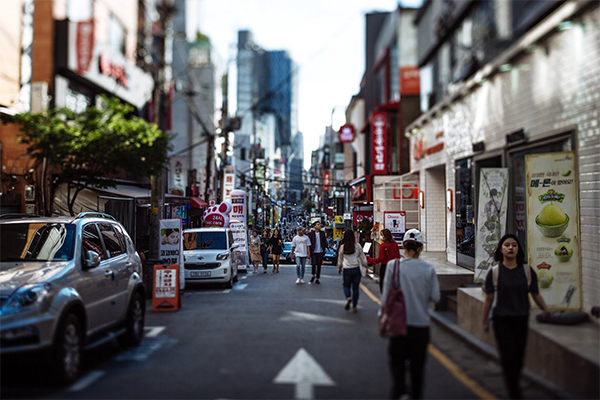 In the midst of this growing interest in and demand for SSC, governments at the United Nations are about to develop a new global framework on South-South and Triangular Cooperation. This will build upon the first such framework adopted by governments back in 1978: the Buenos Aires Plan of Action (BAPA). Efforts to create a new framework offer the opportunity to not only confirm the value of SSC as a complement to traditional forms of cooperation between developed and developing countries, but also to highlight additional areas of collaboration beyond those outlined in the original BAPA document. 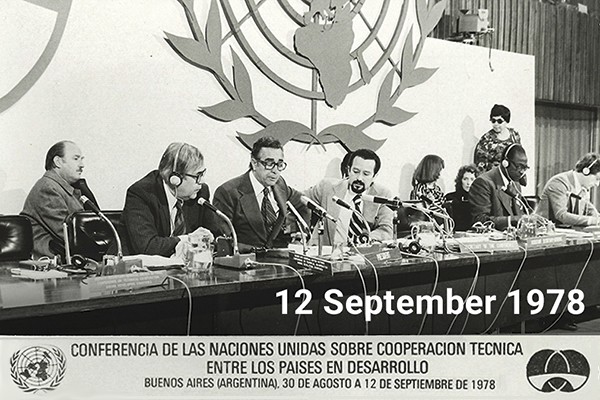 There are several reasons why South-South cooperation should continue to expand in the migration context.

First, it is now well established that the challenges and opportunities migration presents cannot be addressed effectively without strong partnerships. This is one of the core principles of IOM’s Migration Governance Framework (MiGOF), which highlights the fact that migration, by its very nature, implicates multiple actors and that its good governance relies upon partnerships between all actors at different levels of engagement. Partnership is also, for good reason, a recurring mantra of global migration policy makers. In the text of the recently finalized Global Compact for Safe, Orderly, and Regular Migration for example, United Nations’ member states referred to partnerships close to thirty times in the entire thirty-four-page document. Of the twenty-three overarching objectives contained in the GCM, partnerships also feature in the final objective, which calls for ‘strengthen[ed] international cooperation and global partnerships for safe, orderly and regular migration’. Governments know they cannot address the implications of migration if they try to do it alone. Partnerships are crucial.

Second, the evolving nature of migration has and will continue to necessitate greater South-South cooperation. In 2017, developing regions hosted some 43 per cent of the world’s 258 million international migrants. Of those, 97 million, or 87 per cent, originated from other developing regions. This figure now surpasses the number of migrants from developing countries who live in the developed world, and the average annual growth in the number of migrants living in the Global South has outpaced that in the Global North since the year 2000. These changing dynamics present a number of challenges, but also opportunities, for developing countries, many of which lack the resources, structures and governance frameworks to effectively manage these new patterns, and which are unaccustomed to being destinations for migrants. Enhancing SSC on migration will therefore be critical to ensuring positive outcomes for both migrants and societies and addressing its potential challenges. That partnership should include the exchange of knowledge and expertise with a view to developing mutual capacities and, where possible and desirable, leading to a convergence of policy approaches on migration.

Third, although the support of developed countries and other actors will continue to be important, many of the challenges presented by South-South migration may be best responded to through solutions that are also established in the South, including within regions. This is because South-South migration presents many complex and diverse opportunities and challenges for countries and migrants alike, some of which are of a different nature, or have different implications to, those experienced by developed countries.

For example, the benefits migration offers to developing countries can differ from those experienced in the developed world, suggesting differentiated responses are also necessary. Migrant remittances for example, are worth significantly more in the Global South than in the North, even if some developed countries have themselves been recipients of such funds. The potential benefits of circular migration can also differ, reflected in the different priorities and rationale for promoting seasonal mobility as between developed and developing countries.

South-South migration is also often characterized by significant volumes of irregular migration, vulnerable migrants caught in crisis situations, significant inflows of forced migration, including smuggling and human trafficking. Although developed countries also have experience in addressing these challenges, responses might not always be directly transferable, given existing development gaps.

Fourth, with migration now featured in several multilateral development frameworks, including the 2030 Agenda for Sustainable Development and the soon to be adopted Global Compact on Migration (GCM), South-South cooperation is likely to be a crucial means of implementing the commitments in these frameworks. The draft GCM already includes a commitment to reinforce engagement and partnership through North-South, South-South, triangular and technical cooperation and assistance. Ensuring consistency between these existing frameworks and the new BAPA + 40 outcome will be important. This is true also given the capacity building needs that continue to impact developing countries in the migration field, including in migration policy development, data collection and analysis, and border management, amongst other issues.

South-South cooperation on migration therefore presents a useful tool to foster shared prosperity by enhancing partnerships between different actors. This includes by building on and tapping into the bridges migrants themselves establish between territories through their transnational activities and networks. There are several things governments can also do to enhance this cooperation.

The first would be to take stock of, give recognition to, and build upon the tremendous cooperation that already exists between developing countries on migration. There are numerous good examples to draw from. In multiple regions for example, Regional Consultative Processes on Migration (RCPs) have become valuable mechanisms through which to foster inter-state cooperation on migration, including in the South-South context. In Latin America and the Caribbean, regional frameworks like MERCOSUR and CELAC have been important to building cooperation and dialogue on migration. As early as 1991, the African Union established the African Economic Community, an organization intended to enhance the free movement of people and promote rights of residence throughout the region. Examples like these should continue to be identified and built upon.

Second, governments should include migration in the text of the BAPA + 40 outcome, in order to draw specific attention to the value of SSC in the migration context and to address both the positive and negative aspects of increased South-South migration. This would also help ensure consistency with other existing frameworks, including the 2030 Agenda, which includes many migration dimensions, and the new Global Compact on migration, the first major migration framework of its kind. This could include perambulatory text recognizing the changing dynamics of migration and the implications for developing countries, as well as firm commitments to support SSC activities to enhance capacities in migration governance. Any such inputs would have the additional benefit of modernizing the BAPA document to better reflect the nature of contemporary migration patterns and a more nuanced understanding of its challenges and opportunities.

The discussions underway at the UN to define a new approach to South-South and triangular cooperation are an ideal opportunity to broaden our understanding of SSC and its potential value to diverse public policy issues. Migration is one area that would benefit from increased attention and specific references in the BAPA + 40 outcome. With more and more people moving from one developing country to another, cooperation between those countries is increasingly important. The lessons and practices established in the developing world could be instrumental to promoting good migration governance. Those lessons could be valuable for all of us, as well.

This story was written by Chris Richter, Migration Policy Officer at the IOM office in New York.