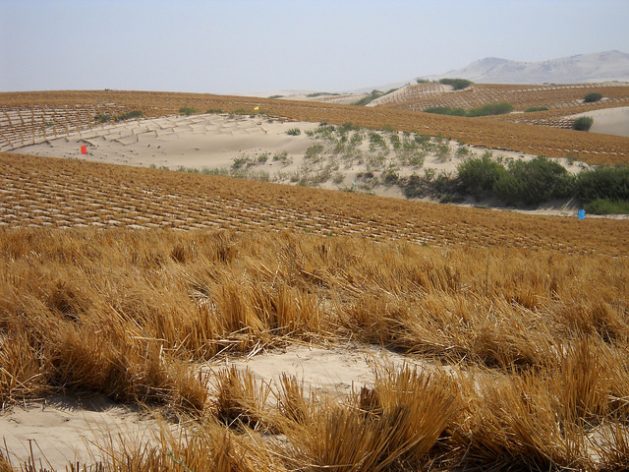 The planet is losing 12 million hectares of prime land yearly due to degradation. This photo taken in 2013 records efforts to green portions of the Kubuqi Desert, the seventh largest in China. Credit: Manipadma Jena/IPS

GEORGETOWN, Jan 28 2019 (IPS) - The link between desertification, land degradation and climate change is among several issues occupying the attention of the 197 Parties to the United Nations Convention to Combat Desertification (UNCCD) for the next three days.

Guyana, a member-country of the Caribbean Community (CARICOM), is hosting the 17th Session of the Committee for the Review of Implementation of the UNCCD (CRIC 17) from Jan. 28 to 30. It’s the first meeting of a subsidiary body of UNCCD to be held in the English-speaking Caribbean.

Troy Torrington, director of multilateral and global affairs within the Guyana Ministry of Foreign Affairs, said the meeting is an important one for the Caribbean as it will highlight the role of land in combatting the climate challenge.

“It is critical that we place greater emphasis on land if we are going to be successful in meeting the global climate challenge,” Torrington told IPS.

“In fact, land has several important contributions to the climate. One of the foremost of those is in terms of the sequestering of carbon. The sequestration of carbon enriches the land . . . and with good land use planning, management and practices, you can in fact significantly advance the solutions to the global climate challenge.” 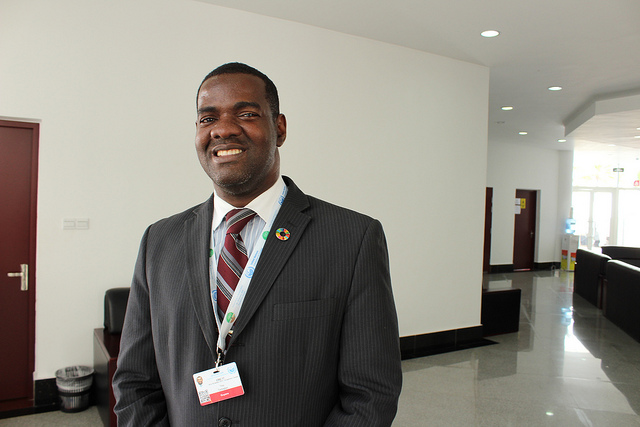 Troy Torrington, director of multilateral and global affairs within the Guyana Ministry of Foreign Affairs, says in order to be successful in meeting the global climate challenge, greater emphasis must be placed on land. Credit: Desmond Brown/IPS

In 2009, Guyana made a deal with Norway, where the Nordic country agreed to pay up to 250 million dollars over the course of five years if Guyana maintained its low deforestation rate. It was the first time a developed country, conscious of its own carbon-dioxide emissions, had paid a developing country to keep its trees in the ground.

Under the initiative, developed by the United Nations and called REDD+ (for Reducing Emissions from Deforestation and Forest Degradation), Guyana was able continue logging as long as biodiversity is protected.

Melchiade Bukuru, chief at the UNCCD New York liaison office agrees with Torrington on the issue of sequestration, noting that carbon, which once belonged to and serves as a fertiliser in the soil, is a polluter in the air.

He said that in order to achieve Land Degradation Neutrality (LDN), some 500 million acres of degraded land must be reclaimed and made fertile once more.

“Unless we harness the capacity of our soil to sequester carbon, to bring back the carbon where it belongs, we will not be able to achieve even the UNFCCC goal of 2° C,” Bukuru said. UNFCCC or the U.N. Framework Convention on Climate Change is a global intergovernmental treaty formed to address climate change. The Conference of Parties (COP), the highest-decision making body of the Convention, meets annually to discuss progress and adopt new decision in combating climate change.

At COP21 the Paris Agreement was formed, which committed to hold the increase in global average temperature to well below 2° C, to pursue efforts to limit the increase to 1.5° C, and to achieve net zero emissions in the second half of this century.

Bukuru said land degradation also remains a major challenge for countries, adding that each year, the planet is losing 12 million hectares of prime land due to degradation. 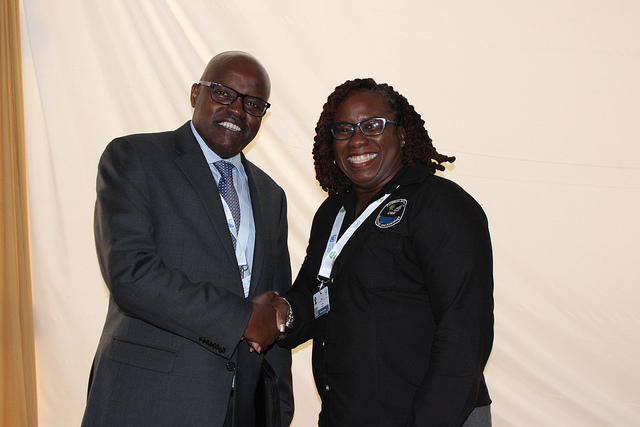 “If you have a lot of dust, it also compromises solar panels. Once the solar panels are covered with dust, the amount of radiation they absorb is decreased. So that’s another issue we would need to look at because in the region we are very dependent on solar energy and we will be becoming more dependent as well,” Sealy told IPS.

He pointed to neighbouring Barbados. Benn explained that the island nation is running out of water, but he added that some people fail to see the link between land use and water scarcity.

“I believe if Barbados begins to look more seriously at how they utilise the land, what type of cultivation [they do], what type of infrastructure they put where, you will see that the issues relating to water may subside,” Benn said.

“The importance of land cannot be overstated. It is the pinnacle of everything we do.”

According to the UNCCD, CRIC 17 will review the first global assessment of land degradation based on Earth observation data reported by governments. The assessment, which was conducted by reporting countries using a harmonised approach, shows the trends in land degradation between 2000 to 2015 based on data provided by 145 of the 197 countries that are party to the Convention.

The assessment is expected to provide a baseline for assessing progress in the reduction or reversal of land degradation globally, going forward. It will also contribute to country efforts to achieve LDN, which is Sustainable Development Goal target 15.3.

CRIC 17 will also conduct interactive dialogues on three related emerging issues – the gender action plan as a tool to improve the living conditions of the people affected by land degradation; new and innovative sources to finance initiatives to combat land degradation; and the progress towards achieving the Sustainable Development Goal target on land degradation neutrality, for which the Convention plays a lead role.

At the end of the session, CRIC 17 will propose recommendations that will be considered by its governing body, COP.

CRIC meets once in between the sessions of the COP to review country reports submitted in compliance with the COP decisions.