GENEVA, Feb 6 2019 (IPS) - At a time when the world economy is seen poised for yet another financial turmoil, there is a widespread recognition that emerging economies (EMEs) are particularly vulnerable because of their deepened integration into the global financial system.   What is less appreciated is the implication of financial globalization and integration for external wealth distribution between emerging and advanced economies and resource transfers from the former to the latter.

This is the subject matter of a new study by this author on external balance sheets of emerging economies, focussing on nine G-20 EMEs (Argentina, Brazil, China, India, Indonesia, Mexico, Russia, South Africa and Turkey) and four major advanced economies, the US, Japan, Germany and the UK.

The new millennium has seen a rapid increase in gross external assets and liabilities of EMEs, both as a result of ultra-easy monetary policy in major advanced economies (AEs) and capital account liberalization in EMEs ‒ a process of deepened integration described as Playing with Fire. 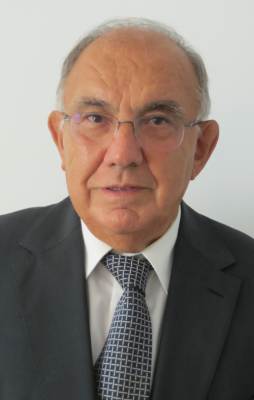 While foreign investment and lending in EMEs have reached unprecedented levels, even EMEs with current account deficits have been able to accumulate large amounts of gross external assets because inflows of capital have often exceeded what is needed to finance deficits.  In fact, with the exception of China and Russia, which have run current account surpluses since 2000, the entire foreign assets accumulation in G20 EMEs has relied on borrowed money, resulting in significant leverage in external balance sheets.

There are also significant changes in the structure of external balance sheets of EMEs.  The share of equities (FDI plus portfolio equity) in total external liabilities increased and the share of debt declined as governments sought to shift from debt to equities by opening up equity markets and liberalizing FDI regimes on grounds that equity financing is more stable and less risky than debt.

The share of equities in gross external assets also increased, but not as fast as in liabilities. Consequently, the net equity position (external equity assets minus liabilities) of G20 EMEs taken together, which was already negative at the beginning of the century, deteriorated further.

The share of international reserves in total external assets increased rapidly as countries sought to build self-insurance against speculative attacks, often with borrowed money.  The share of local currency in external sovereign debt increased as bond markets have been opened to foreigners to pass the currency risk. But the corporate sector has come to account for a growing part of external debt of EMEs by increasingly borrowing in international markets in dollars to benefit from lower rates.

These changes in the size and composition of external balance sheets of EMEs have not only generated new channels of transmission of external financial shocks (discussed in Playing with Fire), but also resulted in significant transfer of resources from EMEs to AEs.

Resource transfers from the South to the North through financial channels will continue unabated as long as capital flows remain unrestricted, the international reserves system favours a handful of rich countries which can also pursue self-seeking policies without regard to their global repercussions.

First, they have rendered the value of their existing stocks of external assets and liabilities more susceptible to changes in global financial conditions, notably asset prices and exchange rates, leading to capital gains and losses and altering their net foreign asset positions (NFAP or net external wealth, that is, the difference between gross external assets and liabilities).

Over the short term, these valuation changes can be much more important than current account balances in the movement of NFAP, particularly at times of severe instability as was seen during 2008-09. Since foreign assets and liabilities of EMEs are mainly with AEs, these gains and losses entail redistribution of external wealth between the Global South and the North.

Indeed, there is a strong negative correlation between year-to-year changes in net external wealth of nine G20 EMEs and four major AEs in the new millennium and a large proportion of such changes is accounted for by capital gains and losses rather than current account balances.

In the long-term current account remains a main determinant of net external wealth of nations, but capital gains and losses resulting from valuation changes can also be important.   Since the beginning of the century the NFAP of most G-20 EMEs deteriorated because of sustained current account deficits.

The NFAP of two surplus EMEs, China and Russia, improved, but not as much as their cumulative current account surpluses because they both suffered large amounts of capital losses on their outstanding external assets and liabilities.

For instance, China had a cumulative current account surplus of over $3 trillion during 2000-2016 but its net external wealth increased by only $1.6 trillion. By contrast the US had a cumulative current account deficit over $8 trillion during the same period but its net external debt deteriorated by less than $7 trillion because of capital gains. Even though some smaller G-20 EMEs also had capital gains, the nine EMEs taken together suffered capital losses in the order of $1.9 trillion during 2000-2016 while the four AEs enjoyed capitals gains over $1.6 trillion.

Their liabilities are concentrated in high-yielding equities while a large proportion of their assets consists of low-yielding reserve assets. For this reason, even some EMEs with positive net external wealth positions such as China and Russia have deficits in net international investment income.

Furthermore, all EMEs including China earn lower return on their outward FDI than they pay on inward FDI. They also pay more on their external debt liabilities in risk premia than they receive on their external debt assets including reserves (US Treasuries), other bonds or deposits abroad.  The shift to domestic currency debt by governments of EMEs has widened the return gap between debt liabilities and assets because the exchange rate risk assumed by foreign investors needs to be compensated.

By contrast, the return differential between external assets and liabilities is positive for all four major AEs.  The US registers the highest positive return differential and runs a surplus on its international investment income balance despite having a negative net external wealth in the order of some 25 per cent of its GDP.

The return on its outward FDI is higher than in all other countries and exceeds by a large margin the return it pays on its inward FDI. As the country issuing the dominant reserve currency, the US also earns higher return on its external debt assets than it pays on its external debt liabilities (mainly Treasuries), thereby enjoying what is commonly known as “exorbitant privilege”.

The nine G-20 EMEs taken together have been transferring around 2.7 per cent of their combined GDP per year in the new millennium mainly to AEs as a result of the negative return gap between their foreign assets and liabilities and capital losses resulting from changes in asset prices and exchange rates.

This means that, in effect, EMEs are transferring large sums of resources to AEs in order to protect themselves against the shocks created mainly by policies of the very same countries. This is underpinned by an international reserves system that allows a handful of reserve-issuing countries, notably the US, to constantly extract resources from the rest of the world.

On the other hand, it is not clear if EMEs can adequately protect themselves against shocks when capital can move freely. Judicious use of capital account measures can secure reasonable protection while avoiding such costs.

For instance, one would not need to issue high-yielding liabilities to acquire large stocks of low-yielding reserves assets as self-insurance if inflows of fickle capital are effectively controlled.

Resource transfers from the South to the North through financial channels will continue unabated as long as capital flows remain unrestricted, the international reserves system favours a handful of rich countries which can also pursue self-seeking policies without regard to their global repercussions.