Akio Matsumura* is Founder of the Global Forum of Spiritual and Parliamentary Leaders on Human Survival. 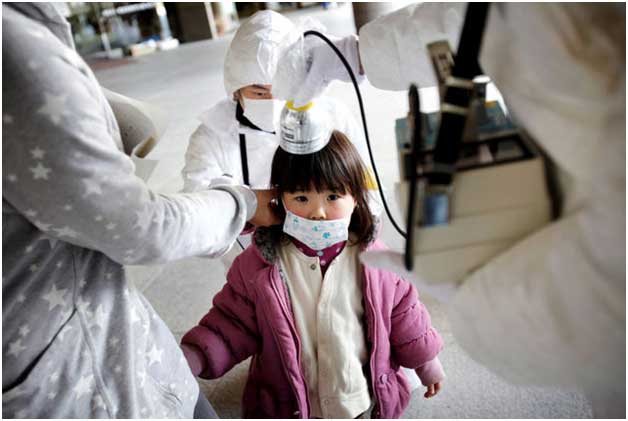 NEW YORK, Mar 7 2019 (IPS) - On March 11, we commemorate the 8th anniversary of the Fukushima nuclear disaster. To an outside observer, this anniversary passes as a technical progress report, a look at new robot, or a short story on how lives there are slowly returning to normal.

Yet in Japan, the government has not figured out how to touch or test the irradiated cores in the three crippled reactors, which continue to contaminate water around the site of the melt down. The government does not know where it will put that radioactive material once it can find a way to move it.

Meanwhile, the government and site operator are running out of room to store the contaminated water, which is filling up more and more tanks. The cleanup is estimated to take forty years and the cost is estimated at $195 billion.

The latest publicly released findings of radiation levels are from 2017, when Tokyo Electric Power Company had to use a remote-controlled robot to detect the levels in Reactor 2, since no human can approach the crippled reactor.

The rates read 530 sieverts per hour, the highest since the March 2011 meltdown. We have no reason to believe that they have fallen since then. Remote-control robots are being used in the other reactors as well, indicating that radiation levels are similarly high there. 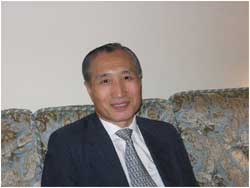 Even using the robot, work can only be carried out for very short times, since the robots can only stand 1000 sieverts of exposure – less than two hours in this case.

This is an extremely high amount of radiation. After TEPCO published the rate, the Asahi Shimbun reported that “an official of the National Institute of Radiological Sciences said medical professionals have never considered dealing with this level of radiation in their work.”

The Japan Times quoted Dr. Fumiya Tanabe, an expert on nuclear safety, who said that the “findings show that both the preparation for and the actual decommissioning process at the plant will likely prove much more difficult than expected.”

There have been many victims of this disaster. Thousands of people have been displaced from their homes. Local fishermen are worried that the government will proceed with its plan to dump the storage tanks of contaminated water into the ocean.

Others worry that the flow of the radioactive wind and contaminated water are reaching North America and will continue to do so for the next forty years.

Above all of these important issues, it is the children of Fukushima who most need our attention. They are at risk of higher rates of cancer because of their exposure to the contamination from the initial explosion. In Chernobyl, the only comparable case we have, more than 6,000 cases of thyroid cancer were found in children according to the UN through 2005.

There is evidence that thyroid cancer rates are higher among Fukushima’s children than the national population, but it is a latent disease: it is still too early to tell what the full impact will be. But it is clear the case needs action.

Some will claim that the evidence has been exaggerated, underestimated, or that perhaps we’re at too early a stage to be certain. Or that we need more time to clarify the results. I have seen many instances of these arguments at the United Nations and international science conferences. Why do we wait and make another mistake?

Helen Caldicott, a medical doctor and founding president of Physicians for Social Responsibility, part of a larger umbrella group that was awarded the Nobel Peace Prize in 1985, wrote: “The truth is that most politicians, businessmen, engineers and nuclear physicists have no innate understanding of radiobiology and the way radiation induces cancer, congenital malformations and genetic diseases which are passed generation to generation. Nor do they recognize that children are 20 times more radiosensitive than adults, girls twice as vulnerable as little boys and fetuses much more so.”

We face many complex challenges of climate change, poverty alleviation, and national security. The health and welfare of children must always be our top priority. They are our future; our deepest purpose is to care and provide for them. By deciding not to fully investigate the effects of Fukushima, we fail them.

We all agree with that personally, but which institution is best positioned to carry out the mission? To me, UNICEF, the United Nations Children’s Fund, is the only answer. Indeed, putting children above national security is at UNICEF’s core.

Maurice Pate, an American humanitarian and businessman who joined UNICEF at its inception in 1947, agreed to serve as the Executive Director upon the condition that UNICEF serves the children of “ex-enemy countries, regardless of race or politics.” In 1965, at the end of Pate’s term, the organization won the Nobel Peace Prize.

To this day, its mission includes a commitment to “ensuring special protection for the most disadvantaged children – victims of war, disasters, extreme poverty, all forms of violence and exploitation and those with disabilities.” The children of Fukushima deserve the protection of UNICEF.