‘We should not use groundwater for the next 15/20 years’

Dr Mohammad Amir Hossain Bhuiyan, professor and chairman, Department of Environmental Sciences, Jahangirnagar University, talks to Naznin Tithi of The Daily Star about why it is absolutely necessary to stop using groundwater and find alternative sources of water for residents of Dhaka. 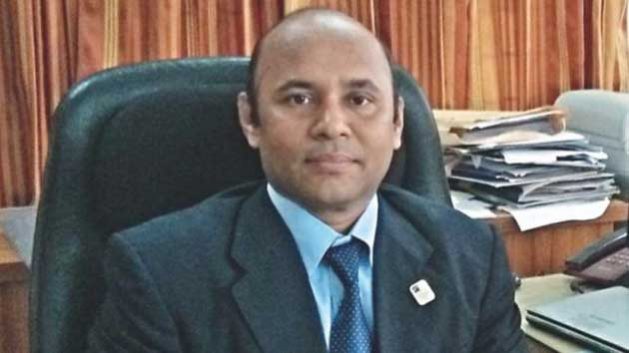 Mar 22 2019 - The depletion of groundwater table in Dhaka has made water crisis in the city acute, especially during the dry season. What are the reasons behind this?

We have conducted many research studies in the last 15/20 years and have found that Dhaka’s groundwater table has been gradually depleting at an average rate of one metre or 30/40 centimetres sometimes. Because of the rapid urbanisation of the city, the demand for groundwater has been increasing. In the multi-storied buildings and towers that are being constructed, high-powered pumps are used to extract water from underground. This contributes significantly to the lowering of the groundwater table. In Dhaka, there is no water in the shallow aquifers (50-70 feet deep). Presently, water is being extracted from the intermediate and deep aquifers, which are 600 to 800 feet deep.

Another reason for this depletion is our total dependency on groundwater. The whole city depends on groundwater. Although we have Sayedabad Water Treatment Plant, which uses the water from Shitalakhya, the capacity of the plant and the quality of water it produces are not satisfactory. Because of industrial pollution, the amount of heavy metals and other harmful elements in the Shitalakhya has increased to dangerous proportions. The Sayedabad plant does not have the required efficiency to treat such extremely polluted water. This treated water is not safe to drink. So we are left with the water supplied through pipelines by the Wasa.

Moreover, industries inside Dhaka use excessive amounts of groundwater. So the shortage of water in the city is particularly acute in industrial areas such as Tejgaon and Old Dhaka.

The World Bank in a recent report found that the sources of water are contaminated with E.Coli and arsenic. Also, harmful bacteria were found in 82 percent of supplied water. What are the reasons for this contamination?

Can’t anything be done to ensure that the water remains safe throughout the whole process—from extraction to supply?

In the developed countries, when water is extracted from underground, it is boiled to kill the pathogens, bacteria and other pollutants. After this water is cooled, it is distributed for people’s use. But in Bangladesh, after the water is extracted from underground, it is supplied to the pipelines straight away. Although this is a very expensive process, if we can do what developed countries do, the water quality will be better. We should also clean and replace the pipelines from time to time. In addition, if chlorination is done following the proper method, a lot of germs can be killed.

Researchers have also found that bottled and jar water are polluted with E.Coli and other pollutants. Who should be held accountable for this?

The BSTI has been looking after this at present. But the BSTI is not the relevant authority here. Everything related to water, including the quality of bottled water, should be checked by the Department of Public Health and Engineering. Carrying out random drives and fining some illegal businessmen will not solve the problem. The sources of the illegal businesses must be identified and addressed.

I think the government should take a policy decision to ban bottled water, say, after 10 years. Bottled water can be used for drinking purposes, only for the time being. But the use of jar water should be banned. Because if it is not banned, no sincere efforts will be made to make the Effluent Treatment Plants (ETPs) work, and the pollution of the rivers will not stop. This is not possible for the government to do at one go but this can be done in phases. The use of bottled and jar water should be discouraged and the use of river water after proper treatment should be given priority.

The government has been talking about reducing the use of groundwater for quite some time now. What should be done to reduce our dependency on groundwater and ensure optimal use of surface water?

The government has set a target of ensuring safe water for all by 2021. There’s only two years until 2021 but not much progress has been made to ensure this. Immediate steps should be taken to reduce the use of groundwater and ensure the maximum use of surface water. The use of groundwater in the industrial and agricultural sector should also stop.

We have no other alternatives to using river water for all purposes. We have to bring water from the rivers where industrial pollution is much less. The water of Buriganga, Turag, Shitalakhya and Balu cannot be used because these rivers are extremely polluted. If we treat this water and supply it to the consumers, it will create a public health disaster. We have also carried out research on the Meghna river and found its water to be contaminated with the pollutants from nearby factories. However, the water quality of Padma and Jamuna is relatively better. This water can be brought to Dhaka through pipelines and after treatment can be used by the residents of Dhaka.

The use of ETPs should be made mandatory for all factories. If the laws are strictly enforced, the rivers will be pollution-free and the water can be used for industrial and agricultural purposes. The government must ensure that those who violate the law face harsh penalty.

Another thing we should do is store water from Dhaka’s surrounding rivers during the rainy season. During July-August, even the water of Buriganga gets cleaner. We will have to reserve that water by building polders, reservoirs and ponds all around Dhaka. This water can be used from November till April after proper treatment.

We should take a policy decision to not use groundwater for the next 15/20 years. It has to be done immediately. One of the results would be the groundwater table rising up. Water crisis and pollution are major issues in Dhaka and solving these problems should be given due importance by the government.