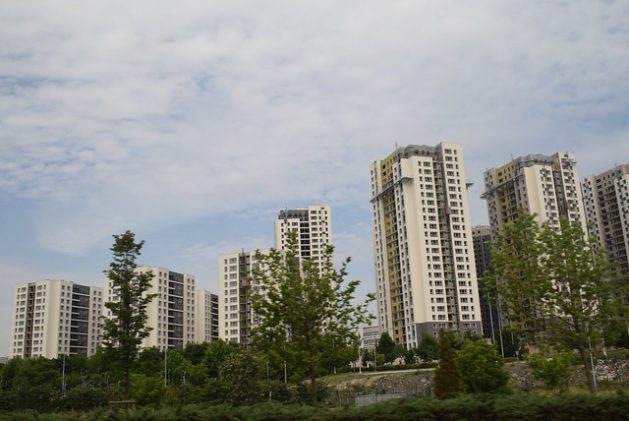 While there were just 10 megacities worldwide in 1990, this number has tripled to 33, with populations of more than 10 million people. The number of megacities is expected to rise to 43 by 2030, mostly in developing countries. Credit: Desmond Brown/IPS

ANKARA, Jun 20 2019 (IPS) - With two-thirds of the world’s population projected to be living in cities by 2050, increasing pressure continues to be placed on forests which are being cleared to make way for agricultural production.

China, India and Nigeria are set to drive a surge in urbanisation, with the percentage of the global population living in urban areas increasing from around 55 percent currently, to 68 percent in the coming decades, according to United Nations figures.

Luc Gnacadia, former Minister of Environment of Benin and former Executive Secretary of the U.N. Convention to Combat Desertification (UNCCD) says as more people move to cities – where incomes and rates of consumption are generally higher – more pressure is put on forests to produce more animal and processed food products, which require more clearing.

“The system that we have, that is mining natural resources, using it for consumption patterns that are wasteful, that system is still in play,” Gnacadia told IPS on the sidelines of the International Soil Congress in Turkey, which ended Jun. 19.

“It is less people producing more for cities, which means that they may be just mining the soil, mining the forest and causing us to be more and more vulnerable to climatic shocks and contributing to it.”

Gnacadia said forests are being lost because of what he described as the misuse of land in agriculture.

He said agricultural expansion globally is taking place by encroaching on existing pristine ecosystems, including forests. 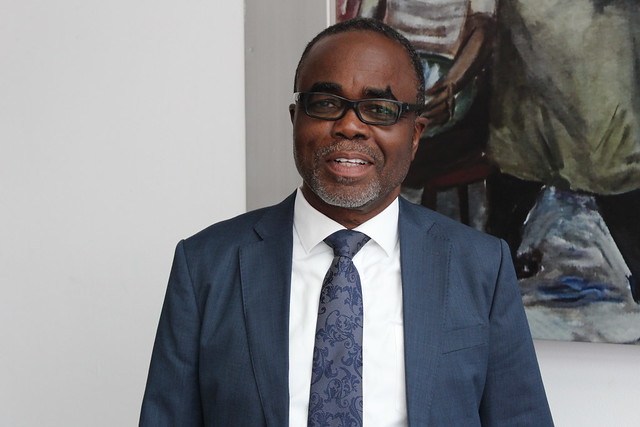 The Food and Agriculture Organisation of the U.N. said on Tuesday that expanding plantation and sprawling urban areas are placing greater pressure on forests and resources, hurting rural communities and exacerbating the effects of climate change.

“If we want less of this, we must first consider the land potential and clearing capacity; what can the land be used for must be clearly identified before we make decisions,” Gnacadia said.

“For the lands that are experiencing some degradation, we must make that we do whatever we can to reduce it . . . you must assess if there’s still, in socio-economic terms, potential for restoring it, bringing it back to life. If it is, then you have to do it.”

While there were just 10 megacities worldwide in 1990, this number has tripled to 33, with populations of more than 10 million people. The number of megacities is expected to rise to 43 by 2030, mostly in developing countries.

Tokyo is the world’s largest city with a population of approximately 37 million people, followed by New Delhi with around 29 million and Shanghai with 26 million. However, India’s capital is forecast to surpass Japan’s most populous area by 2028.

UNCCD-Science Policy Interface co-chair Dr. Mariam Akhtar-Schuster says countries need to put in place an integrated land use planning mechanism to be able to satisfy the demands and needs of households, and at the same time sustainably manage and conserve the natural environment

“We have to consider that urban people also have a demand for firewood, cooking wood and construction material. These are all taken from forests,” Akhtar-Schuster told IPS.

“If an unregulated expansion of urban areas takes place then nearby forests will be affected, but even if forests are not logged for housing, they are a source for firewood, for cooking and this can lead to an immense degradation process.”

Akhtar-Schuster stressed that it is a governance issue and “you have to create procedures and regulations, how much wood is allowed to be taken out of forests and how far forests control mechanisms have to be in place to avoid illegal logging and the removal of wood for daily demand.”

Urban planning should also consider that infrastructure for energy is needed, Akhtar-Schuster said, adding that forests are very vulnerable to human use and this needs to be taken care of.

“I am not saying that forests should not be used, but they have to be used sustainably and that means you have to put in a lot of regulations especially is urban expansion takes place,” Akhtar-Schuster said.

“It takes years and years and years until a small sapling turns into a real big tree and this time dimension needs to be considered in any planning. You have to have a very long vision if you want to manage your forests sustainably and you will always have to check the condition whether there’s a natural rejuvenation of forests taking place, you will have to check that the age structure of forests close to urban areas always remains healthy.”

Global demand for commodities like rubber and palm oil have driven changes in land use, especially in countries such as Indonesia and Papua New Guinea, where governments have granted businesses leases and land concessions to boost their economies.