Mothers in the US Are Dying: What Are We Doing to Save Them? 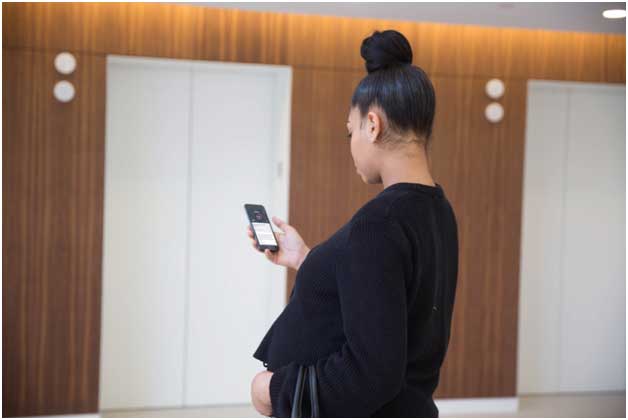 WASHINGTON DC, Jun 7 2019 (IPS) - The maternal mortality rate in the United States is the highest of any developed country – and the rate is rising. The US is currently the most dangerous place to give birth in the developed world.

Few to none of these maternal deaths are due to medical mismanagement. Instead, problems of access, care coordination, and inequities in health care resources and social services are at the heart of maternal death rates.

Minority women, particularly those facing socioeconomic challenges, are the primary victims behind these statistics — nationally, African American women are three to four times more likely to die from childbirth than non-Hispanic white women.

Heavy hitters like The New York Times, USA Today, NPR, and others have highlighted the problem of maternal mortality and called for action; and cities like DC have responded to the call by implementing maternal mortality task forces.

Consistently, these task forces have arrived at the same conclusion: the causes affecting pregnancy-related deaths are not separate threads, but a web; and these overlapping social, economic, behavioral, and genetic determinants cannot be adequately addressed by siloed stakeholders.

There are many who have long recognized this problem, and a few who have been actively committing resources toward creating solutions. They have put energy, time, and capital on the line to disrupt the status quo, addressing the problems to make improved pregnancy outcomes a reality.

Cradle Cincinnati is an exemplar. They have formed a coalition that connects all of the significant stakeholders in the pregnancy space to combat the high infant mortality rates in Hamilton Country, Ohio, joining families in the community to payers and health systems (including traditional competitors).

Cradle’s strategic model has made significant steps toward improving outcomes: for five years in a row, the number of sleep-related infant deaths in Hamilton County was lower than their historic average, dropping from 16 to 12 annually.

While effective, models like Cradle and others like it (group prenatal care, for example) all share a dependence on human interaction, and this physical requirement is a huge constraint to scaling such programs. Without scalability, outcomes will continue to improve at a snail’s pace, eventually plateauing. We need to be able to scale these best practices in every community — not tomorrow but today.

This is where technology comes in. Tech can bridge the gap created by the human limitations of these models, and embedding proven workflows and care protocols in tech experiences that enable more interventions — like remote patient monitoring (RPM) through internet of things (IoT) devices — can be the key to scaling these alternative and more effective care models.

Digital tools provide the connectivity that models like Cradle deliver in the physical setting, while addressing the problems of cost, inefficiencies, and scalability that have slowed progress in the past.

More than 4 years ago, George Washington University Medical Faculty Associates (GW-MFA) anticipated this vision. They were one of the first providers in the United States to recognize the power of tech to disrupt outdated and insufficient standards of care in the pregnancy space — standards that had woefully failed in their purpose.

GW-MFA were early adopters of a novel model that directly addresses three troubling realities in the status quo: absence of education, lack of access to necessary care, and failure to stratify risk.

That new model was a partnership to create and deploy a technology-powered pregnancy solution to directly impact the pregnancy journey and its associated outcomes, supporting patients and providers with increased digital touchpoints, educational materials, and interventions through remote monitoring and digital engagement.

Now, in an industry first, the vision to connect all stakeholders in the space is being realized through a new partnership with AmeriHealth Caritas DC, a managed care organization, which has joined with GW-MFA to further deploy tech-enabled prenatal and postpartum care in the Medicaid population, a population often ignored by the technology community.

Partnerships such as this one begin to solve some of the structural difficulties in coordinating care between insurance companies and doctors for Medicaid patients. It will focus on increasing access to tech-enabled pregnancy care that allows all patients, regardless of their socioeconomic status, to receive the benefits of remote monitoring and virtual care with the same privacy and security as a physical interaction at the doctor’s office.

There is no excuse for the current statistics of maternal death. The healthcare industry has had the technology to impact care, but what has been missing is the combined vision to make these tools powerful agents of change. Mothers and infants in our communities have a right to a safe and healthy life, and partnerships such as this one have the power to be the difference.