We Can Get the 2030 Agenda Back on Track – With More Empowered, Inclusive, & Equal Partnerships

Ulrika Modeer* is Director of UN Development Programme’s Bureau of External Relations and Advocacy & Susanna Moorehead* is Chair of the Development Assistance Committee (DAC), at the Organisation for Economic Co-operation and Development (OECD) 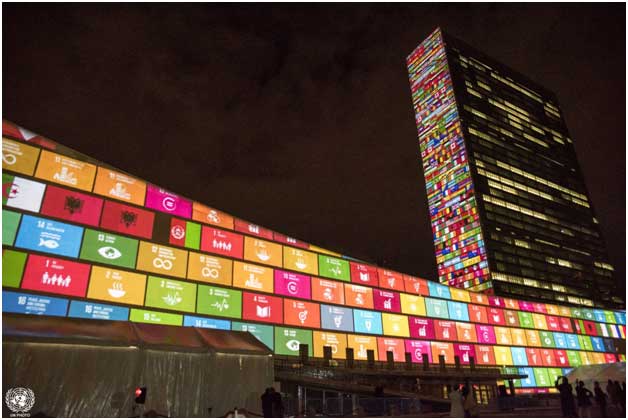 And yet, when we work together, across international borders, and social boundaries, we are capable of extraordinary progress. But that progress is by no-means guaranteed.

Success will depend on more equal and trusting partnerships between aid donors and recipients; the ‘development partners’ and ‘partner countries’ in the jargon of the sector.

How we go about achieving these is one of the key issues for discussion at a senior meeting of the Global Partnership for Effective Development Cooperation, the GPEDC, in New York on 13-14 July.

Take sub-Saharan Africa. Since 1990, maternal mortality has halved; and the mortality rate for children under five has fallen by more than half. In South Asia the risk of child marriage for girls has almost halved. In the poorest countries, the share of the population with access to electricity has more than doubled. Each of these numbers is life-changing, and life-saving, for millions of people.

But the pace of change is still too slow, and too many people are being left behind. A recent special edition of the UN Secretary-General’s report on ‘Progress towards the Sustainable Development Goals’ identifies some of the challenges: hunger is rising, due to conflict and climate change; more than half of the world lacks access to managed sanitation facilities, increasing the risks of disease; and more than a million species are facing extinction.

A call for principled collective action

Investing in our common future demands urgent action. The SDGs provide a clear and measurable vision of what we want to achieve. And the Financing for Development process provides a good understanding of what this vision needs.

Now is the time for a concerted effort to work out how we work together: focusing on results and inclusive partnerships; and based on country ownership, mutual accountability and transparency.

These four ‘principles of effectiveness’ were agreed by 161 nations and 56 international organisations in Busan, the Republic of Korea, in 2011. They are the basis of the Global Partnership for Effective Development Cooperation – a voluntary alliance of governments, civil society, trade unions, the private sector and other development partners, committed to making development more effective.

They agreed that if we invest in partnerships that are more responsive, inclusive, and transparent – more equal – we will achieve more sustainable development results.

During 2018, a record 86 countries and territories that receive aid took part in an exercise (along with hundreds of civil society organisations, private sector representatives, foundations, trade unions, parliamentarians and local governments) to monitor the extent to which all partners are walking the talk in terms of promises made on development effectiveness.

There’s good news and bad. Relationships between development partners are increasingly based on mutual trust. Development planning, led by recipient governments, has improved in quality and in scope.

International development actors are increasingly using local procurement systems, meaning more of the resources intended to support development overseas are staying where they are most needed.

But donor reluctance to fund government activities means that fewer resources are available for the public sector in partner countries. Recipients of aid find that it is now less predictable and long term, undermining countries’ efforts to plan.

In some places, state-civil society relations have worsened and space for civil society actors is shrinking. These findings demonstrate that while progress has been made, there is much more to be done.

Particularly so against a backdrop of falling levels of official development assistance (ODA) from major donors from 2017 to 2018: a decline of 3% to the group of least developed countries, and a drop of 4% to Africa.

To achieve the SDGs, our collective development efforts need to be as effective as possible. We need to protect the space for different development actors to make their contributions, to invest in national capacity to measure progress, to use country systems in ways that can build trust, and to make sure all actors are living up to their commitments under the 2030 Agenda.

These are some of the messages we hope will stick in the minds of decision-makers, as they leave the senior level meeting of the Global Partnership in New York this month. That how we do things matters; that working together on a more equal footing, can lead to better, more sustainable outcomes for us all; and that committed international action can make even the implausible a reality.

*Susanna Moorehead also represents the DAC on the Steering Committee of the Global Partnership. She has previously served as British Ambassador to Ethiopia, Djibouti, and the African Union, and as an Executive Director at the World Bank.

About the Global Partnership:

Twice a year they convene a 23-member Steering Committee, which includes representatives of civil society, trade unions, the private sector, parliamentarians, local government, civic foundations, international financial institutions and the international multilateral system. The Steering Committee guides the work of the Global Partnership, including the biennial development effectiveness monitoring exercise, with support from the OECD and from UNDP.

More information on the Global Partnership and the up-coming Senior-Level Meeting can be found here.