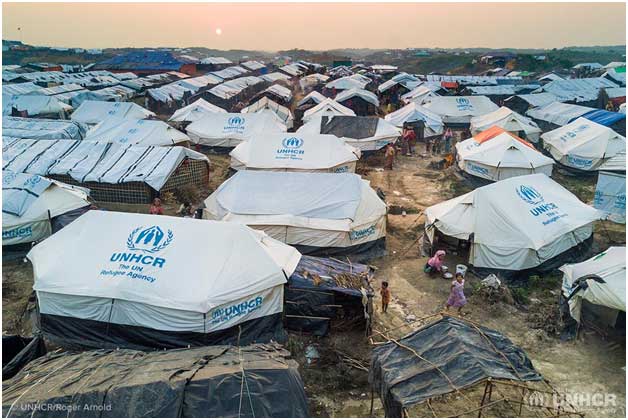 UNITED NATIONS, Jul 23 2019 (IPS) - With the rise of rightwing nationalism, primarily in the Western world, an increasingly large number of countries are not only abandoning multilateralism but also violating international treaties and conventions signed and ratified in a bygone era.

The most blatant is the violation of the 1951 Refugee Convention, which has been ratified by 145 State parties, and which also defines the term “refugee” while outlining the rights of the displaced, as well as the legal obligations of states to protect them.

According to the Office of the UN High Commissioner for Refugees (UNHCR), the core principle of the Convention is non-refoulement, which asserts that a refugee should not be returned to a country where they face serious threats to their life or freedom. This is now considered a rule of customary international law.

But several countries, including the US, Australia, France, Italy and Hungary, are flouting the Convention because they have either barred or severely restricted the inflow of refugees—and also penalized those who have assisted refugees (as in the US and Italy).

Categorized mostly as “political refugees”, they originate largely from conflict-ridden countries such as Afghanistan, Syria, Yemen, Iraq, Libya, Somalia, South Sudan, Democratic Republic of the Congo (DRC), Myanmar and Venezuela, among others.

In an interview with IPS, Marco Funk, Policy Officer at the Friedrich-Ebert-Stiftung’s (FES) European Union (EU) Office, told IPS the context of today’s refugee situation is quite different from what it was in the aftermath of World War II, when the 1951 Convention was signed.

The original Convention itself was actually limited in scope to Europeans – this geographical limitation was only lifted by an additional protocol in 1967, which some countries did not implement. Turkey is a notable example, he said.

“Many other countries around the world, especially wealthy ones, have made it increasingly difficult for refugees to seek international protection and thus either indirectly or in some cases directly violate the convention they have signed and ratified”, he pointed out.

Racism certainly is a factor, but so is the pervasive fear of negative effects on destination countries’ economies and their security, said Funk, who is responsible for the FES’s Brussels-based activities related to EU migration and home affairs.

He said the significant increase in legal migration to developed countries since the 1950s also plays a role.

Attempts to restrict migration can be seen not only in Europe, the US and Australia, he said, but also in East Asia and even some parts of the developing world.

“Wherever there is displacement, there is usually also a counter-strategy of containment by countries of destination”.

“The international community should respond by drawing attention to the rights outlined in the Refugee Convention and violations of them where they occur, but that is not enough”, said Funk, who previously worked as a Policy Analyst for the European Policy Centre, where he focused on EU migration and asylum policy.

He argued that more effort should be put into highlighting and addressing the root causes of displacement, and using other relevant international agreements to their fullest extent in order to mitigate the drivers of forced migration.

At the same time, legal channels of migration should also be expanded, he noted. 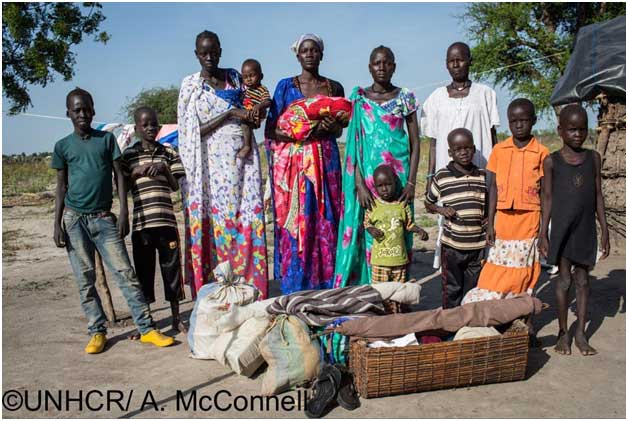 In two controversial cases recently, the Italian government placed under house arrest (but later freed) the captain of a ship carrying rescued migrants on the Mediterranean Sea.

“No vessel or shipmaster should be at the risk of fine coming to the aid of boats in distress where loss of life be imminent. That’s a question… that’s an issue of principle,” he added.

In the US, Scott Warren, a volunteer for the non-profit humanitarian organization, ‘No More Deaths’, faced felony charges in a court in Arizona because he provided food and water for a pair of migrants who were found hungry and dehydrated in the desert — and fleeing from Central America.

In the initial hearing last June, the jury was dismissed because they could not agree on the charges.

Meanwhile, the UNHCR said on July 1 that more than 1.4 million refugees residing in over 60 refugee hosting countries will be in need of resettlement next year, according to data presented at an annual resettlement forum in Geneva.

Asked for a UN perspective on the violations of the 1951 Convention, Dr Palitha Kohona, the former Chief of the UN Treaty Section, told IPS one has to remember the background to that convention.

In 1951, the refugees were war displaced Europeans, almost all Christian. Other Europeans poured out their milk of human kindness in abundance to these displaced.”

Today, he said, “the refugees in Europe are slightly tinted Muslims, and the fountain of charity has inexplicably dried up”.

“Where a country is a party to the Convention and a refugee meets its requirements, the country concerned is obliged to extend its umbrella of protection,” said Dr Kohona, a former Permanent Representative of Sri Lanka to the UN.

“Failure to comply could result in the other state parties taking a dim view. However, such dim views do not hurt much and tend to be forgotten quickly,” he added.