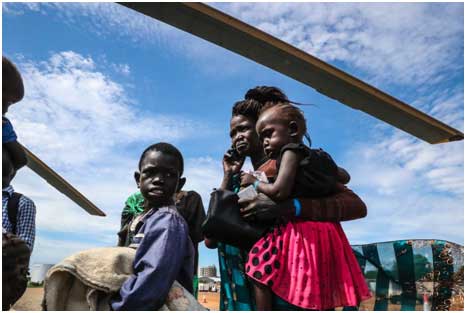 UNITED NATIONS, Jul 2 2019 (IPS) - Refugee and migrant women often face inescapable violence in the home. And the potential for intimate forms of violence is exacerbated by humanitarian crises and job insecurity.

On June 25th, UN Women released its report on the Progress of the World’s Women 2019-2020: Families in a Changing World, which focuses on women in the family.

According to the report, one factor that contributes to increased violence in the home is decreased opportunities in work, especially for migrants.

The report states that in Cambodia, when “men struggled to find work, [this] was linked to increased prevalence of violence against women by intimate partners.”

Not only do migrant women face increased violence at home, they are often unable to escape this violence. Women who rely on their male counter-parts to remain in a country do not have the independence afforded to their companions.

This is “particularly dangerous when women are facing, for example, violence against them, domestic violence, in the family,” Shahra Razavi, the Chief of Research and Data at UN Women, told IPS during a press briefing on June 25.

“So, it’s very important that they have the right to stay independent of that particular relationship,” she added.

The report recommends, among others, that there should be a focus on policies and regulations which support migrant families and women’s rights within those families.

The report also points out that “states can make regulatory and policy choices that strengthen women’s bargaining power.”

This can take various forms. Women registered separately from men in their household, or granted residency independent of the men they migrate with through marriage or family ties are less likely to remain in violent relationships in order to remain in a country.

The report cites Indonesia’s recent policies as a step forward in protections for migrant women.

In 2017, the government of Indonesia passed legislation which states that “for the first time, guaranteed some basic rights to workers migrating through official channels,” according to the report.

Of around 9 million estimated Indonesians working abroad in 2016, about half were women.

One of the principles in the consensus aims to “Uphold fair treatment with respect to gender and nationality, and protect and promote the rights of migrant workers, particularly women.”

But progress has not been seen everywhere.

Dr. Nicole Behnam, Senior Technical Director at the Violence Prevention and Response Unit of the International Rescue Committee (IRC) told IPS that “rates of gender-based violence (GBV) are shockingly high in all contexts,” but that this “increases during and because of crisis.”

According to a report on child brides from the IRC, in Lebanon, 41% of young displaced Syrian women are married before 18.

In Syrian refugee communities in Jordan, rates of child marriages nearly tripled between 2011 and 2014, going from 12% to 32%. 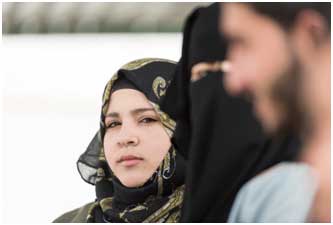 This happens despite laws being in place to protect women in the home.

In Jordan, it is illegal to marry before 18, but the IRC states that “the complex process to register a marriage, and the fact that many refugees lack official identification, means that girls who can’t prove their age are even more vulnerable.”

Another concern for many countries comes with the rapid repeals of protections for women in families.

While the UN Women’s report aims at establishing policies not even seen in many developed countries, like paid parental leave, Razavi told IPS of her worries in sliding backwards.

“I think that some of the issues obviously are going to be different for the developed countries,” Razavi said.

But it appears that these differences are in scale, and not in kind.

“Many countries where some of these systems have been built up, at the moment, since 2008, in the context of austerity, these policies are being rolled back,” Razavi said.

She specified that “In particular, violence against women services have had to be cut back in some countries.”

Behnam thinks that for both developing and developed countries, there needs to be “clear acknowledgement of how serious and pervasive the problem is and a matched urgency to both preventing and responding to GBV.”

The IRC sees the need for: continued and increased participation of women’s organizations to address local issues, improving in tracking and reporting of investments for increased transparency in funding to combat GBV, and increasing the number of specialists focused on GBV.

Behnam sees these improvements as necessary for women in migrant and refugee families, but also for women in all contexts.

“Violence is pervasive in women’s lives – it’s the reality of their every day – and it is not just strangers who commit violence against women. Often, it is the people who they should be able to trust the most – their family members,” Behnam said.

She added that “We cannot ignore violence because it happens out of view; in fact, that is the violence we must fight most to name and respond to because it is so hidden.”