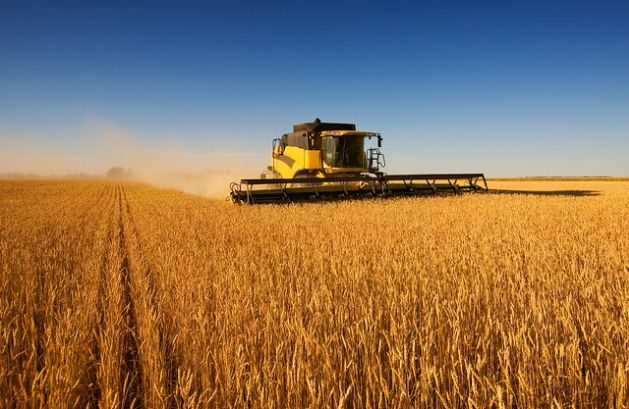 Sep 20 2019 (IPS) - Food may be a universal language – but in these record-breaking hot days, so too is climate change. With July clocking in as the hottest month on Earth in recorded history and extreme weather ramping up globally, farmers are facing the brunt of climate change in croplands and pastures around the world.

Here in the U.S., for instance, climate impacts like more downpours make it harder to avert flooding and erosion on farms across the Midwest. California farmers, on the other hand, must find ways to stay productive despite increasing drought and wildfire risks.

If these anticipated effects sound extreme, so too are the causes.

Climate change poses not just one but a whole slew of challenges to farmers – and to the larger communities that depend on them for food. From erratic precipitation to changing seasons, consider just these five key climatic changes and how they stand to affect food availability now and in the future:

1) More extreme weather can harm livestock and crops. Major storms have always devastated farms, whether from damaging winds during a storm, or erosion and landslides that can rear up even as the storm subsides. But now they’re becoming even more common. In spring 2018, for example, unusually heavy rain and snow storms caused massive flooding across the U.S. Midwest, leaving some areas 10 feet deep in sand. In Nebraska alone, farmers lost an estimated $440 million of cattle. As a result of these flooding conditions, many farmers had to delay spring planting. Delays in commodity crops like corn and soybeans aren’t just stressful for farmers, either – they could lead to food price volatility and even potential food insecurity.

2) Water scarcity across the U.S. Southwest makes it more expensive and difficult to sustain crops and livestock. Drought is in the long-term outlook across the U.S. West, with declining snowpack making it more challenging to keep reservoirs full through summer. Lack of adequate water can easily damage or destroy crops, dry up soil, and threaten livelihoods. Between 2014-2016, for example, California endured an estimated $3.8 billion of direct statewide economic losses to agriculture as a result of drought.

3) Seasons aren’t what they used to be. Growing seasons are starting earlier and getting hotter in a warming climate. A longer growing season, over time, could theoretically have some advantages, but it also presents more obstacles in the short term, such as an uptick in pest populations is possible, with more generations possible per year. Early spring onset can also cause crops to grow before the soil holds enough water and nutrients, or to ruin fruit crops that bud early and then experience later spring frost. Plus, warmer winters can affect other farming practices like grain storage.

4) Wildfire can devastate farms – even when the flames don’t actually reach them. Ranchers across the West have recently seen major losses as a result of worsening fire seasons, from outright loss of life to charred grazing lands and decimated hay stocks. What’s more, “secondary impacts” abound, from a smoky taint that can ruin wine, to the ordeal of keeping a farm operational when fires are raging nearby and evacuation orders seem just around the corner. All this also causes costs to mount given that the respiratory dangers of laboring in smoky, excessively hot conditions can force farms to send workers home in the height of harvest season.

5) Warmer weather and rising CO2 levels adversely affect food supply, safety and quality. According to a 2019 IPCC land use report, between 25 and 30 percent of the food produced worldwide is wasted, not all of it for the same reasons. In developed countries, for instance, consumers, sometimes seemingly with abandon, simply discard what they see as “excess” or “surplus” food. In developing countries, much of the waste is brought about by a lack of refrigeration as products go bad between producers and consumers. The IPCC report estimates that food waste costs about $1 trillion per year and accounts for about 10 percent of greenhouse gas emissions from food systems. Meanwhile, some two-billion humans worldwide are overweight or obese even as nearly one billion are undernourished, highlighting the inefficiencies and inequities in food distribution.

In addition, rising temperatures can alter exposures to some pathogens and toxins. Consider: Salmonella, Campylobacter, Vibrio parahaemolyticus in raw oysters, and mycotoxigenic fungi, which can all potentially thrive in warmer environments. More carbon dioxide in the atmosphere also can decrease dietary iron, zinc, protein, and other macro- and micronutrients in certain crops.

Now for the elephant still in the room: Food production isn’t just being affected by climate change – it’s actively contributing to climate change, too. According to IPCC’s land use report, agriculture and other land uses comprise more than one-fifth of global CO2 emissions, creating a vicious cycle. 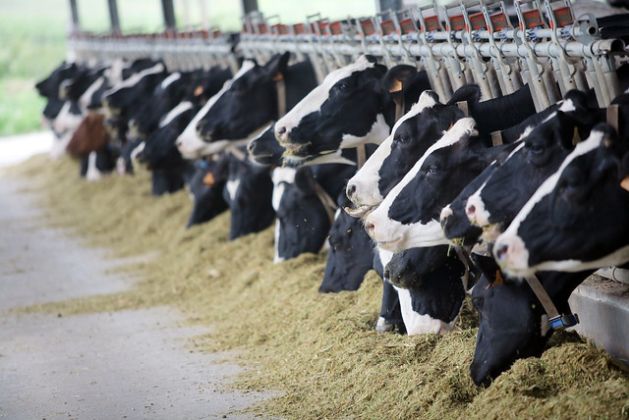 Growing solutions to the climate crisis

And it warns that delaying action will be costly:

Deferral of [greenhouse gas] emissions reductions from all sectors implies trade-offs including irreversible loss in land ecosystem functions and services required for food, health, habitable settlements and production, leading to increasingly significant economic impacts on many countries in many regions of the world.

So, what can individuals do to help avert some of the worsening impacts of climate on food supply? There in fact are a number of ways to help support climate-friendlier food production.

Improving soil health, on a large-scale, is one key way forward. Nutrient-rich soil stores carbon better than degraded, overworked soil. Plus, healthy soil helps farms stay productive – a win-win. Consumers can boost these efforts, by supporting farmers and ranchers who engage in sustainable practices like cover cropping and composting.

Reducing meat consumption is another way to reduce the climate impact of food production, given that a livestock farm is like a methane factory, contributing an estimated 14.5 percent of global greenhouse gas emissions. Meatless Mondays, “flexitarian” diets, and the rise of faux-meat brands are all testimony to the growing efforts aimed at reducing meat consumption.

In addition to consumer actions, there are interesting new ways forward on the industry side. Manure digesters, for one, can convert methane from manure into electricity. And seaweed is gaining scientific interest for its potential in making cattle burp less often. (Yes, you read that right.)

Policy efforts will likely be key also. California for its part has goals to direct some cap-and-trade funding to build compost facilities, and incentivize methane reduction in dairies.

The challenges ahead are steep. But so too are the opportunities to adapt to new realities and reduce assorted diverse impacts. According to Project Drawdown, three of the top 10 best climate solutions have something to do with food, from reducing food waste (3) and choosing a plant-rich diet (4) to silvopasturing (9), which integrates trees and pasture into a single ecosystem.

It isn’t always easy to make such changes. What is getting easier, though, is to see that the world’s collective appetite for fossil fuels is having a negative impact on real food and on dietary options.

And the option of inaction on something so fundamental? Through their food-purchasing and dietary preferences, Americans increasingly, albeit perhaps only gradually, are showing that they are increasingly wary about swallowing that one.

This story originally appeared in Yale Climate Connections . It is republished here as part of IPS Inter Press Service’s partnership with Covering Climate Now, a global collaboration of more than 250 news outlets to strengthen coverage of the climate story.