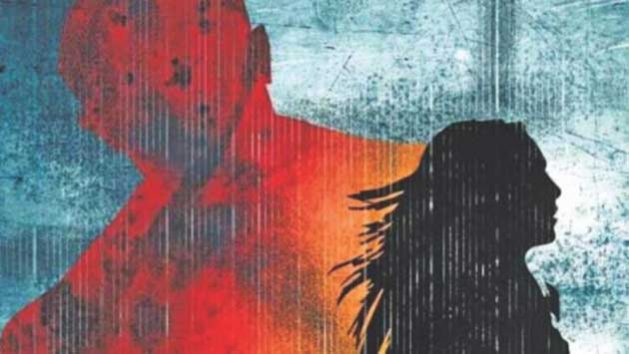 Sep 6 2019 - After a week’s absence, Nazma entered the house with a lacklustre expression spread across her normally cheerful demeanour, with the slack of her sari pulled low over her face. When questioned in regards to her absence, while hesitant at first, she later revealed that she had been repeatedly threatened, forced to have sexual intercourse, and consequently suffered a miscarriage.

A few weeks prior to Nazma’s revelation, I learned about a friend’s divorce from her longstanding abusive husband. While I was elated at the news that my friend was finally free from the reigns of domestic violence, she revealed how her divorce, instead of securing a life of freedom, had instead thrown her into a custody battle over her only child and had caused further suffering as a result of constant threats from her ex-husband and his family. When the fights became unbearable, my friend turned to both the police as well as her family and received the same dire response: “These things happen in a marriage. Learn to compromise.”

Domestic violence remains an issue irrespective of socioeconomic status in Bangladesh. I hear the same outcry for help from Nazma, whose spouse works as a rickshaw-puller, as I do from a friend, whose former spouse owns a thriving garments company in Bangladesh. This is an issue, which holds no bias.

Violence against women is one of most rampant human rights violations worldwide, and is further exacerbated by unequal power dynamics between women and men that is reinforced by inequalities under the law. According to UN Women, one in five adolescent girls, in Bangladesh, between ages 15 and 19, reported experiencing sexual violence at the hands of their partner. Moreover, more than 80 percent of currently married women have experienced abuse at least once during their marriage, in most cases from individuals they knew and trusted, and more than one in four women experience sexual or physical violence of some sort during their lifetime. In total, according to the Violence Against Women Survey 2011, a nationwide study conducted by the government, at least 87 percent of Bangladeshi women face domestic violence.

There is light at the end of the tunnel, however. Over the last few decades, the country has adopted several laws and policies meant to address violence against women and girls, such as the 2009 High Court’s Directive on Sexual Harassment, the Domestic Violence (Prevention and Protection) Act (DVPP) 2010, the Women and Child Repression Suppression Act, and the revision and launch of the National Action Plan on violence against women and children in November 2018. Bangladesh further experienced advancements made in terms of policy framework, with victories such as the High Court’s eradication of the degrading “two-finger test” for rape victims and the more recent removal of the term “Kumari” (virgin) from column 5 of Bangladesh’s standardised Muslim marriage contract.

In the third chapter of the DVPP Act of 2010, the duties and responsibilities of police officers, enforcement officers (EO) and service providers are detailed. Under Section 4, if a “police officer obtains, by any means whatsoever, the information as to the commission of an act of domestic violence or becomes aware of such occurrence”, such an officer shall inform the survivor of her rights, “including the right to make an application for obtaining relief by way of any order under this Act,” of the availability of medical services, and of the services offered by the EO. The police officer must also inform the individual of her right to free legal help under the Legal Aid Services Act, 2000 and her right to file a formal complaint under other existing laws.

Bangladeshi women’s and human rights organisations, including Bangladesh Legal Aid and Services Trust (BLAST), Mahila Parishad, Ain o Salish Kendra (ASK), Bangladesh National Women Lawyers’ Association (BNWLA), and several other organisations actively provide different forms of assistance (legal aid, mediation, halfway homes, etc.) for those affected by domestic violence. Some organisations such as ASK even provide free legal advice to any person who contacts the organisation at any of the legal clinics located across Dhaka city. Given the safety battles associated with filing a formal complaint, ASK also provides fieldworkers who accompany clients to police stations, the Marriage Register’s (Kazi’s) offices, hospitals, and to the courts when necessary. The BNWLA shelter homes, Proshanti, also provide shelter services to women and children as they await legal aid.

One of the primary pitfalls within the system lies in the enforcement of legal doctrines, lack of adequate training for law enforcement officers, the public’s inability to navigate the legal arena, and in the inability/refusal to seek refuge when required. As of 2015, only 2.6 percent of women in Bangladesh took legal action against the physical or sexual violence they have endured at the hands of their partners. Cultural norms also make it difficult for women to seek assistance because of the sociocultural stigma associated with seeking legal aid and taking a case to court, which is often equated with “dishonouring the family name”.

Like many battles in Bangladesh, it evidently comes down to which party has more power—the victim or the perpetrator. Even if survivors do manage to access the law, they often experience trauma on their journey to obtain justice. Incidents of police inertia as well as brutal harassment of women are commonplace, along with having to pay bribes to register cases, which often unravel based on political patronage and economic influence. Furthermore, patriarchal social structures, cultural and religious dogma and superstitions further aggravate the problems.

However, the tendency to commit violence within the family is so deeply rooted that it is only by the proper enforcement of law that we can curb it. Moreover, there exists a strong need, for capacity building of institutions, ensuring sufficiency of resources, coupled with education and awareness of the drivers, and increased cooperation between state and non-state actors. As stated by the UN CEDAW Committee, in order to promote Women’s Human Rights, the Bangladeshi government must commit to ensuring greater gender equality, improving service delivery, and heightening access to immediate means of redress, rehabilitation, and protection.

A home is meant to serve as a sanctuary. Unfortunately, it is also a breeding ground for some of the most life-threatening forms of violence. Therefore, the next time we are approached for assistance by a loved one or we witness the suffering of someone we know, we should provide them with the reassurance and direction they so desperately need, for such incidences are not matters to be resolved at home, alone and in fear. Our women are putting enviable successes in different sectors all over the map, and it is high time we do the utmost to encourage their safe and healthy development.

Talisha Faruk has a bachelor’s degree in Legal Studies from the University of California, Berkeley, and is currently working as an Immigration Paralegal for the law firm Berry Appleman & Leiden, LLP in California. Additionally, she is also working as an intern for Bangladesh Legal Aid and Services Trust (BLAST).