No to Ageism, Yes to Intergenerational Equality

BANGKOK, Thailand, Oct 1 2019 (IPS) - As we are celebrating the International Day of Older Persons today, we recognize that population ageing is a human success story, a story of longer and often healthier lives of the world’s people. The many faces of older persons that we see in Asia and in the Pacific, and, indeed, all over the world, attest to this fact. Still, however, ageing is considered a threat. There is talk about the “burden of ageing”, exploding healthcare costs, and concerns about plummeting economic growth due to the shrinking labour force. In many cities of Asia-Pacific, we see advertisement for “anti-ageing cosmetics” and surgeries. The current ideal is that we must be young, dynamic and without wrinkles or grey hair, especially older women. 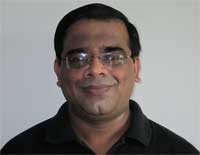 Population ageing is a human success story and an inevitable outcome of the demographic transition. In Asia-Pacific, the pace of change is unprecedented, with fertility rates falling rapidly across the entire region and life expectancy rising, resulting in a rapid increase in the proportion of older persons. In 2000, those aged 65 or older made up 6.1 per cent of the population; in 2019 it was 8.7 per cent and in 2050 it is projected to be 18.4 per cent. In many European countries, it took almost a century to increase the share of the older population from 7 to 14 per cent. In Asia-Pacific, this is happening in as little as 18 to 20 years, such as in Sri Lanka and Viet Nam. This means that countries, and in particular policymakers need to act fast.

The region continues to be the prime driver of global economic growth, yet a significant proportion of the working age population is not covered by pensions. In several countries of the region, especially ones in South-East Asia and South and South-West Asia, coverage is well below 20 per cent. Similar challenges exist in terms of providing accessible and affordable health care, particularly for those left furthest behind. Robust social protection systems must be developed to address population ageing in a comprehensive manner. Because the majority of older persons are women, their needs must be specifically addressed.

Older persons make vital contributions to society; their role should not only be acknowledged, it should be made easier, including through improving their knowledge and skills through lifelong learning, promoting flexible working arrangements, and allowing them to have easy access to everyday conveniences, like public transportation. A study on the time use of men and women shows that overall, older persons provide more care than they receive. They provide care to grandchildren and other older persons who need care, with many intergenerational benefits, including indirect contributions to family income by making younger women freer to participate in the paid labour force. Ageing surveys have also found that the health of older persons tends to be better if they are socially connected, volunteer and contribute to society. 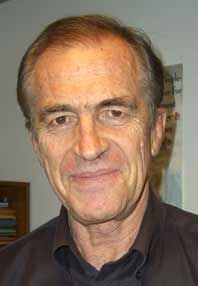 Through older persons associations, older persons generate income, build up social support structures and provide access to credit, allowing them to stay more active and healthier. Mindsets need to change; we can worry less about shrinking working-age populations when we consider that people live longer and healthier. Pensions systems should be adapted to cover those in the informal sector and retirement ages adjusted to provide the choice to older persons to work up to a later age. We must alter our perception of ageing as a burden. Rather, policies and plans should see ageing as opportunity, with benefits to be harnessed.

Population ageing provides attractive business prospects, often identified as the “Silver Economy”. More products should be tailored to the needs of the growing older population, while universally designed products and the care economy can grow exponentially. Financial products and instruments, like reverse mortgages, can be designed to adapt to needs of older persons, including to use their immovable assets to fund financial requirements.

ESCAP and HelpAge have recently joined forces to address population ageing more comprehensively through the organization of advocacy events and the collaboration on research on older persons. We stand ready to support countries in the region in designing and developing policies and programmes to ensure that older persons are not left behind.