Reforms Will Grant Nationality to Children of Iranian Women 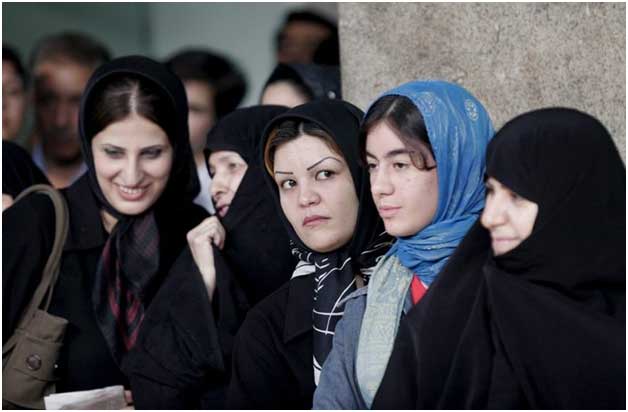 GENEVA, Oct 7 2019 (IPS) - After more than a decade of women’s rights activism, Iran’s Guardian Council has finally approved an amendment that would grant Iranian citizenship to the children of Iranian women married to foreign men.

The Guardian Council was the last body needed to approve this long overdue reform to Iran’s discriminatory citizenship law.

Previously, Iran’s civil code granted children and spouses of Iranian men citizenship automatically, while children born in Iran to Iranian women and foreign fathers must live in Iran at least until they are 19 before they can apply.

It is unclear how many children in Iran have Iranian mothers and foreign fathers. However, the issue has come to prominence in recent years because of tens of thousands of registered and unregistered marriages between Iranian women and Afghan men whose children are unable to obtain citizenship on an equal basis.

Research in other countries has shown that such discrimination can harm children’s access to education, health care, housing, and employment when they become adults.

The latest attempt to reform the law was inspired by Maryam Mirzakhani, a world-renowned Iranian mathematician and Fields Medal recipient who passed away from cancer in 2017. Because her husband is not Iranian, her daughter cannot obtain Iranian nationality.

In May, Iran’s Parliament finally adopted the proposed reform, but it went back and forth from the Guardian Council, a body of 12 Islamic jurists, to determine whether it is in accordance with Iran’s Constitution and Sharia (Islamic law). They approved the amendment last week.

While this is a long-awaited victory for Iranian women, the newly-amended law does not equalize access to citizenship completely. Iranian women must apply for nationality for their children, while children of Iranian men are granted nationality automatically.

Children who turn 18 can apply for nationality themselves. A security check is required in both cases.

Most concerning is that that the amended law requires the Intelligence Ministry or the Intelligence Organization of the Islamic Revolutionary Guard Corps (IRGC) to certify that there is no “security problem” before approving citizenship in these specific applications.

This vaguely defined provision can be used to arbitrarily disqualify applicants if they or their parents are seen as critical of the government, particularly in eastern and western border areas where cross-border marriages are more common and where authorities keep a tight grip over peaceful activism.

But Iran should remove the remaining obstacles to ensure that children of Iranian citizens, whether men or women, are granted citizenship on an equal basis. They are all, after all, Iranian children.