KUALA LUMPUR, Malaysia, Feb 11 2020 (IPS) - Many medicines and medical tests are unaffordable to most of humanity owing to the ability of typically transnational pharmaceutical giants to abuse their monopoly powers, enforced by intellectual property laws, to set prices to maximize profits over the long-term.

Most basic research is funded by government grants, and in recent years, by philanthropic initiatives. When a profitable opportunity presents itself, venture capitalists fund ‘last leg’ efforts to patent an innovation and ‘take it to market’, as the patent holder ‘takes all’. 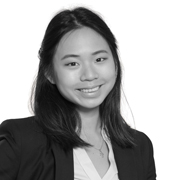 Patents, a form of intellectual property rights (IPRs), are believed by many to be necessary to incentivise innovation, and to recover research and development costs, by creating a temporary legal monopoly.

IPRs are monopoly rights
After securing patents, patent holders typically take additional measures to deter and undermine potential competitors, and to consolidate and extend their monopoly position for as long as possible by any means available. Private companies have then used their monopolies to charge exorbitant prices.

In 2015, Turing Pharmaceuticals bought the rights to Daraprim—a drug used by cancer and HIV patients to fight deadly parasitic infections—raising its price 50-fold from USD13.50 to USD750! The ‘price gouging’ company was controlled by Martin Shkreli, dubbed ‘Pharma Bro’ by the US media and once deemed ‘America’s most hated man’.

Private companies eager to extend their monopolies try to ‘evergreen’ them, by registering ‘follow-on’ patents involving minor variations closely linked to the original invention. By ‘evergreening’, the patents system has been used by companies to create long term monopolies.

Others engage in ‘patent trolling’, obtaining many patents to profit from litigation or licensing, without inventing anything or making products of their own. Trolling enables patent owners to blackmail those in need to their patents, sometimes by creating ‘patent thickets’—webs of overlapping IPRs—and related bottlenecks, limiting utilization of patented knowledge and effectively hindering further innovation.

Before the US withdrew from the Trans-Pacific Partnership (TPP) in January 2017, TPP provisions would have extended IP protections to cover ‘biologics’, i.e., naturally occurring substances, such as insulin for diabetes patients.

These onerous TPP provisions have been suspended in the successor Comprehensive and Progressive TPP (CPTPP) following US withdrawal, but can easily be reinstated, e.g., to induce the US to rejoin the TPP.

Under TRIPS, all WTO members have to provide a minimum level of IPR protection which includes, among other things, patent protection for a minimum of 20 years, including for imported IPRs registered in other countries.

TRIPS also stipulates conditions for using the ‘compulsory licence’ concession allowing governments to license the use of a patented invention to a third party or government agency without the consent of the patent-holder.

Where developing countries have made use of TRIPS concessions, they have faced international pressure from pharmaceutical giants and their governments to limit, if not eliminate the scope of these exceptions

Malaysia is the first country to use ‘compulsory licencing’ under TRIPS to produce sofosbuvir for Hepatitis C treatment. The drug, from patent owner Gilead, costs almost RM300,000 (USD68,000) for the full course, while generic substitutes cost just over RM1000. US ‘big pharma’ has applied pressure on Malaysia to stop using its ‘compulsory licence’.

Such companies may ‘re-package’ medicinal products and processes from developing countries’ ‘traditional knowledge systems’ to secure patents on them, including naturally occurring substances known as ‘biologics’.

Turmeric is widely used in India for medicine, food and dye among other things. In 1995, the US granted the University of Mississippi Medical Center a patent for the use and administration of turmeric powder to heal wounds, granting it an exclusive right to sell and distribute turmeric.

The Indian Council for Scientific and Industrial Research (CSIR) objected, arguing that turmeric had been so used in India for centuries, providing historical references in Sanskrit, Urdu, Hindi and other languages. The US patent was eventually revoked because it lacked the ‘novelty’ element, but it required herculean efforts.

Alternatives
Developing countries are now no longer able to require technology transfer, further limiting their ability to develop their own technological capacities and capabilities. Hence, many developing country governments are told they have no other way to industrialize except by generously inducing transnational companies to locate parts of their ‘value-adding’ activities in their economies.

Without the strong private monopolies enabled by current IP rules, the currently unaffordable prices of medicines and other products can be significantly reduced while developing countries will have much better prospects for developing internationally competitive industrial capacities and technological capabilities.

Claire Lim is a lawyer who used to practice in England. Jomo Kwame Sundaram was a university professor and senior UN official. Both work with the Khazanah Research Institute, whose views are not expressed here.