Sahle-Work Zewde, is President of the Federal Democratic Republic of Ethiopia, and Phumzile Mlambo-Ngcuka, is Executive Director of UN Women 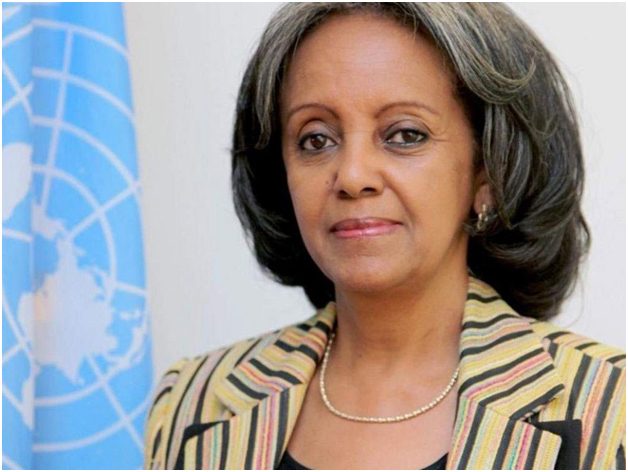 Sahle-Work Zewde, President of the Federal Democratic Republic of Ethiopia

UNITED NATIONS, Mar 3 2020 (IPS) - Twenty-five years ago, thousands of representatives adopted the Beijing Declaration, one of the most progressive universal agreement to advance women’s rights.

The Beijing Declaration built on the human rights inscribed in the Convention for the Elimination of Discrimination Against Women (CEDAW), adopted by the UN General Assembly in 1979, whose articles 7 and 8 clearly states the need for removing all discriminations preventing women from leadership.

On September 1995, the Beijing Platform of Action took full ownership of the human rights agenda initially contained in CEDAW, advanced women’s rights and strongly reaffirmed the universal commitment to women’s power and leadership. Women took ownership of the human rights agenda and redefined it to ensure that gender equality and women’s empowerment would be at its core.

At the time, world leaders committed to the extraordinary Platform for Action with tangible and ambitious commitments in strategic areas, from peace to development, and designed roadmaps to get us there.

Since 1995, the world continued the march to make the world more gender equal and to enhance women’s leadership and participation in peace, security and development processes.

In 2000, following decades of advocacy led by women civil society organizations and women human rights activists, the United Nations Security Council adopted resolution 1325, the global commitment to ensure that women are systematically and sustainably integrated into peace and security processes.

The international community furthered the women, peace and security agenda in 2009 by recognizing the harmful impact of sexual violence in conflict on women and communities, making this scourge punishable under International Human Rights Law and International Criminal Law.

In the last twenty-five years, African women have made substantive progress in political, economic and social arenas but also have faced numerous constraints. 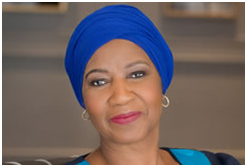 The positive picture reflects enhanced political and legislative leadership to ensure that women do have a seat at the table of key decision-making processes.

Today, Rwanda has the highest percentage of women members of parliament in the world: 61%. Namibia, Senegal and South Africa follow closely with at least over 40% of women holding seats in Parliament.

Ethiopia not only made great strides by electing its first female President in October 2018, but Prime Minister Abiy Ahmed also raised the bar high for national governments by ensuring a gender equal cabinet with 50% of its members being women.

Across Africa, women have taken the seat at the top table, including President Ellen Johnson Sirleaf of Liberia, President Joyce Banda of Malawi, President Catherine Samba-Panza of the Central African Republic and President Ameenah Gurib-Fakim of Mauritius.

More women are being elected in public office or appointed to ministerial positions. These changes have not happened by coincidence but as the result of deliberate policy decisions and grassroots action.

In many cases, this transformation was realized through hard-fought constitutional amendments and parity legislation aimed at reserving the necessary space for women and youth.

At continental level, the African Union has developed an extensive and progressive body of legal instruments as well as innovative solutions and platforms in its various thematic areas of work. The years 2010-2020 marked the African Women’s Decade.

The AU Strategy for Gender Equality & Women’s Empowerment (2018 – 2028) is informed by global standards that include instruments like the Convention on the Elimination of all Forms of Discrimination Against Women (CEDAW) and the Sustainable Development Goals (SDGs – whose Goal 5 is on “Gender Equality”).

Other human rights instruments of the African Union such as the African Charter on Human and People’s Rights consider women’s rights as an integral component of the key rights. The AU has appointed Heads of State as champions and leaders to push for implementation of commitments under various thematic areas of the work of the Union.

Despite these great achievements, we must admit that the world – and we as leaders – did not keep our promise to ensure that every woman and girl, wherever she may live, could be assured to enjoy her full human rights reach her full potential.

Our continent is lagging behind in creating the peaceful and developed societies we seek to realize, in part, because we failed to offer women and girls the necessary opportunities and tools, which would allow them to thrive and be full contributors.

And despite the elections of some women to high and highest offices, and existing legislative and legal frameworks, by and large, across Africa women are still struggling to gain a seat at the decision-making table or in peace and security processes.

Despite the existing evidence revealing that gender perspective drives the sustainability of peace and security processes, there is still a blunt implementation gap in terms of ensuring women’s participation in peace processes.

The evidence is staggering, with women constituting about 4% of signatories of peace agreements, 2.4% of chief mediators, 3.7% of witnesses or observers to peace negotiations, and 9% of negotiation team members. . Today, Africa currently counts one female Head of State (Ethiopia), four Vice-Presidents (The Gambia, Liberia, Tanzania, Zambia) one Prime Minister (Namibia).

This stark reality is a daily reminder that we cannot slow down our efforts. We must accelerate our efforts against the pushbacks. Women’s meaningful participation and leadership are crucial in the effective functioning and sustainability of our communities and our world.

To achieve this, a top-down approach is not sustainable to build the necessary transformative change. If the promise made is to be delivered, women and youth must be front and center and the drivers of the positive change we all aspire.

In this spirit, on 2 June 2017 African women leaders – I among them – came together as a movement to launch the African Women Leaders Network (AWLN) and its Call to Action, backed by the African Union and the United Nations through UN Women.

Our Network aims to advance, train and support female leaders across sectors and generations in Africa. The AWLN is pushing for policies and programmes that empower and enable women on the continent across the political, economic and humanitarian fields to reach their full potential.

Since June 2017, the African Women Leaders Network has achieved key milestones, from bolstering the voices of African women leaders across generations on the ground to enhancing their participation and leadership in key decision-making processes.

The Network committed to push and deliver on the commitments made in UN Security Council resolution 1325 by October 2020, its 20th anniversary and to be in solidarity with the women and communities in conflict and post-conflict situations throughout Africa.

Since 2017, the AWLN conducted joint UN-AU solidarity missions to revitalize women’s participation and leadership in peace, security and development in Cameroon, Chad, the Democratic Republic of the Congo, Djibouti, Ethiopia, Eritrea, Niger Nigeria, Somalia and South Sudan. The missions brought much needed political attention to the situation on the ground, while promoting women’s meaningful participation as mediators in all efforts of conflict-resolution, sustainable development, peacebuilding and humanitarian interventions.

The AWLN redefines the faces and structures around power and leadership – considering each and every woman or girl a leader, standing up for her human rights, may she be a Head of State or a grassroots activist working for peace and development, an entrepreneur or a schoolgirl with a dream.

Women are making a crucial difference in the lives of the people they serve at local level. In this spirit, the AWLN national chapters are the cornerstones of movement building for the Network and support its localization at grassroots level and represent a major milestone benefiting all African women and ensuring that their voices are better heard, and their issues better addressed, in order to increase women’s ownership in the transformation of the continent and the 2063 Agenda “The Africa We Want.”

Since 2017, the AWLN has established 11 national chapters in (chronologically) the Democratic Republic of the Congo, Cote d’Ivoire, the Central African Republic, Sierra Leone, the Republic of Congo, Nigeria, Seychelles, Ethiopia, Liberia, Morocco and Cameroon.

The Network, with the support of UN Women and the AU, plans to have a total of 25 national chapters established by March 2020, in line with UN Women’s Generation Gender Equality Campaign, and to ensure that a critical mass of women is leading the movement throughout the continent.

We are working closely with women’s groups, the UN System, the African Union and development partners to ensure that, beyond women’s participation, all efforts are undertaken to create a conducive environment for women empowerment and the protection of their rights and freedoms.

We encourage all African Member States to speed up the process and to offer the necessary support to women and young people coming together for Africa’s transformation. The time for action is now to build irreversible positive changes for gender equality in Africa.

In 2020, 25 years after the Beijing Declaration and 20 years after Security Council resolution 1325, it is clear that we must accelerate our efforts, move faster on the roadmap towards the targets we want to reach, and deliver tangible actions for the people we serve.

As I write these words, we are still very far away from achieving gender parity and full women’s empowerment in Africa. We must build on the positive strides that we have made so far to achieve this urgent ambition.

As African women, we call on all African men – leaders in politics and business, elders and young, neighbors in our cities and villages, fathers, brothers and sons – to join women in a great partnership for human rights, peace and development.

We call on them to lead and invest in change at a national level with the African Women Leaders Network National Chapters and women’s movements for peace to address the gender equality gaps that we know persist.

Africa has already adopted strong protocols, including the Maputo Protocol, and instruments that bind us, and through which Heads of State and Government have already agreed on Gender Equality and Women’s Empowerment. Women must be meaningfully included in peace, security and developments negotiations and in the politics of their country.

We are asking all our allies to use their power and influence to support African women in taking their rightful place in the next chapter of the continent and building a future where women and girls can live out their lives freely, in purpose and happiness.

The movement of African women across the continent is a rally for action. A movement to ensure that leaders keep on their commitments and promises.

It is time for action.

Together, we can unite for Africa’s transformation.