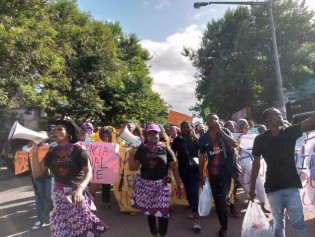 The narrative surrounding women’s rights in 2020 carries much hope and possibility. This year’s International Women’s Day, bearing the theme “I am Generation Equality: Realizing Women’s Rights,” falls on the celebration’s 110th anniversary.

By Jennifer Morgan
Gender inequality - like the climate emergency - is not inevitable, but is kept in place by the poor choices too many cis men make on a daily basis. And it is not just womxn who are hurt and trapped by this patriarchal problem, but girls and non-binary people too, as well as many boys and men.

By Natalie Southwick and Renata Neder
Brazilian journalist Patrícia Campos Mello made her career reporting from conflict zones around the world -- but lately, the greatest threats to her security are coming from closer to home.

By Anna Tonelli
This International Women’s Day, 25 years after we first heard it declared that “women’s rights are human rights” at the historic Beijing 1995 Fourth World Conference on Women, we need to take the space and time to reflect on just how far we’ve come – and just how much more work there is to do.