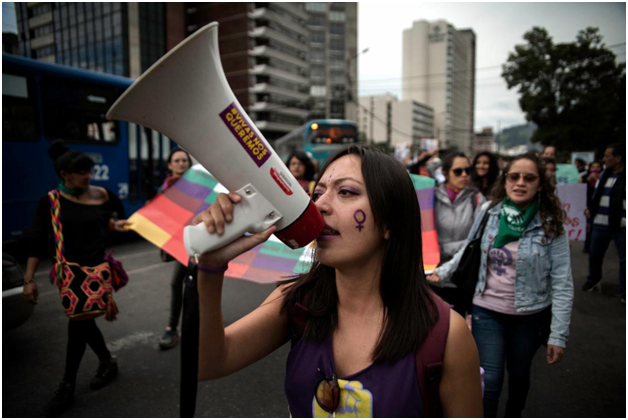 QUITO, Ecuador, Mar 2 2020 (IPS) - Inclusion of women in political processes is one of the key ingredients of sustainable peace.

Although the number of women in political office has increased worldwide over the past 25 years, progress has been slow.

As of 1 January 2020, only four countries had 50 per cent or more women parliamentarians (Rwanda, Cuba, Bolivia and United Arab Emirates).

In the Americas region, an average of 30.6 per cent of parliamentarians were women as of October 2019. In December 2019, the National Assembly of Ecuador approved a package of reforms to advance gender parity and address obstacles in the way of women candidates to elected office.

Data, analysis and recommendations by the United Nations contributed to what is considered a milestone in the country.

The United Nations and other international organizations will devote substantial time and attention in 2020 to assessing progress (or the lack of it) in increasing the participation of women in political and peace processes.

Twenty years since the adoption of Security Council resolution 1325, the consensus, backed by evidence, is that women’s participation in peacemaking and peacebuilding contributes to the quality and durability of peace after conflict.

There is also growing evidence that women’s leadership in political decision-making processes improves such processes. Adding to that body of evidence is a recent study (in Spanish) by UN Women, carried out in cooperation with the Department of Political and Peacebuilding Affairs (DPPA), on the situation in Ecuador.

The South American country ranks sixth in Latin America, out of 33 countries, in terms of the number of women legislators in the National Assembly. The number of women elected officials at the local level, however, is very low.

The UN study set out to determine, among other things, why this was so and what could be done about it. The research identifies discrimination, but also political violence against women, as reasons for the scant number of women officials in the country.

The study includes information from 154 people, including 41 women candidates and 12 focus groups in the the March 2019 elections. It focuses on the situations of discrimination and violence that women experience when choosing a political party and movement; registering their candidacies; taking office as authorities; performing their duties, and during the campaign and election process.

The findings show that violence against women candidates takes place within their families, communities and political parties. The violence is largely psychological, but it is also physical and sexual. This violence is a central barrier to women’s access and participation in politics.

Sixty-six per cent of the women interviewed said that psychological violence was the most frequent manifestation of political violence, including reputation bashing and rumor campaigns against them; making them invisible, hardly publicizing their candidacy or their governance, and isolating them, excluding them or marginalizing them; and party members or local government officials concealing information or providing false information.

One third of the women responding mentioned that they had been subjected to bullying, ridicule and public mocking, prevented from talking or expressing what they think.

In June 2019, DPPA adopted a new Women, Peace and Security Policy calling for specific efforts to advance gender equality and the inclusion and empowerment of women, including action needed to promote women´s political participation through legislation.

An Electoral Needs Assessment Mission deployed to Ecuador in May 2019 explicitly recommended supporting the National Electoral Council to prevent and mitigate violence against women in political life.

In partnership with UN Women Ecuador, DPPA backed efforts to address political violence against women, promoting the linkages between SDG 16 on peace, justice and strong institutions and SDG 5 on gender equality.

The UN study recommended specific structural reforms to the legal and institutional framework, as well as promoting cultural change through the women’s movement and media. The study in particular urged changes to prevent, identify, denounce and punish violence against women candidates.

In August 2019, the National Electoral Council’s Democracy Institute held two public discussions in Quito and Guayaquil on the findings of the study.

The information and analysis in the study, the feedback from female politicians, and the joint work among the National Electoral Council, the Democracy Institute and UN Women, with support from DPPA, served as the basis for a draft proposal to amend the Code of Democracy.

Diana Atamaint, the President of the National Electoral Council, welcomed the reforms and thanked the United Nations for its contributions through data, analysis and recommendations, to this important milestone.