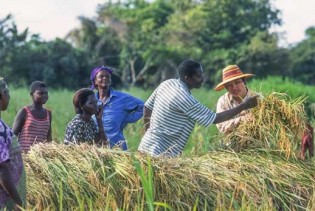 Beyond Expo: Embedding the SDGs in the DNA of Future Technology and Innovation

By Siddharth Chatterjee and Jingbo Huang

A landscape of shared global challenges The COVID-19 pandemic has moved us farther away from the Sustainable Development Goals (SDGs). Data shows that the pandemic has pushed a further 124 million people into extreme poverty. Global poverty is now expected to be at 7% by 2030 – only marginally below the level in 2015. And with the global temperature increase already at 1.2 degrees, we are on the verge of the abyss. UN Secretary-General António Guterres is deeply concerned about the impact of the pandemic on the SDGs. But there is hope. He believes in the knowledge, science, technology, and resources to turn it around. He also urges further financing for development and climate action.

By Siddharth Chatterjee
COVID-19 is like a rainstorm, a thunderous and powerful rainstorm all over the world. If we didn’t know before, we certainly know now just where the holes are in our roofs, or where there are no roofs. We see ever more clearly who is getting drenched and who is dying, and who remains dry.

By Siddharth Chatterjee
We live in a different world to the one we inhabited six short months ago. With more than 4 million people infected and over 280,000 dead globally by mid May 2020, Covid-19 has ruthlessly exposed the vulnerability of a globalised world to pandemic disease. People are slowly coming to terms with the frightening and heartbreaking death toll, and we are still not out of the danger.

By Siddharth Chatterjee
The world commemorated the 75th Anniversary to mark the end of the 2nd World War also called VE Day on 08 May 2020. With her nation, and much of the world still in lockdown due to COVID 19, England’s Queen marked 75 years since the allied victory in Europe with a poignant televised address. From Windsor Castle, Queen Elizabeth said, “the wartime generation knew that the best way to honour those who did not come back from the war, was to ensure that it didn’t happen again”.

By Paul Polman, Myriam Sidibe and Siddharth Chatterjee
The UN Secretary-General Antonio Guterres has said that now is “a defining moment for modern society. History will judge the efficacy of the response not by the actions of any single set of government actors taken in isolation, but by the degree to which the response is coordinated globally across all sectors for the benefit of our human family.”

By Siddharth Chatterjee
Covid-19 infections continue to rise, bringing normal life to a virtualstandstill and causing countries to shut themselves off from the rest of the world.

Fight, Not Flight, Must Be the Strategy for Flattening the COVID-19 Curve

By Siddharth Chatterjee
The number of coronavirus cases in Kenya has jumped to three after the government confirmed two more cases. President Uhuru Kenyatta has announced a raft of proactive measures to prevent the spread of the virus.
Next Page »
ADVERTISEMENT ADVERTISEMENT