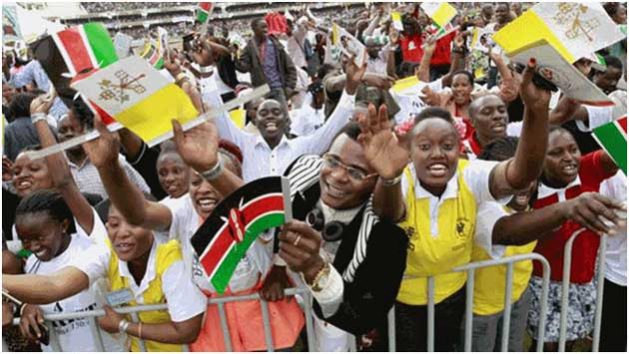 NAIROBI, Kenya, Aug 3 2020 (IPS) - Africa’s demographic boom has been hailed as its biggest promise for transforming the continent’s economic and social outcomes, but only if the right investments are made to prepare its youthful population for tomorrow’s world.

Consider this. Every 24 hours, nearly 33,000 youth across Africa join the search for employment. About 60% will be joining the army of the unemployed. Africa’s youth population is growing rapidly and is expected to reach over 830 million by 2050. Whether this spells promise or peril depends on how the continent manages its “youth bulge”.

President Kenyatta once said that “The crisis of mass youth unemployment is a threat to the stability and prosperity of Africa, and it can amount to a fundamental and existential threat”.

Investing in young people especially so that they are prepared for the world of work is the main mission of Generation Unlimited (GenU), a global multi-sector partnership established to meet the urgent need for expanded education, training and employment opportunities for young people aged 10 to 24.

On 05 August 2020, Kenya will launch the Generation Unlimited initiative. This initiative will bring together key actors from the public and private sector as well as development partners to help put into a higher gear this defining agenda of our time to ensure that we have prepared our children for a prosperous future by giving them the education, training and job opportunities that fully harnesses their potential. With a median age of 18, Kenya’s youthful population represents a real potential to reap a demographic dividend and accelerate its economic progress.

Kenya has one of the youngest populations in the world. With the right investment in their talents, skills, and entrepreneurial spirit, young people present an extraordinary opportunity for transformation, growth, and change.

Three quarters Kenya’s population is under the age of 35. Across Africa there are 200 million people between the ages of 15 and 24, a demographic that is expected to double by 2045.

One of the greatest challenges facing governments and policymakers in Africa is how to provide opportunities for the continent’s youth, in order to provide them with decent lives and allow them to contribute to the economic development of their countries. As things stand, around 70% of Africa’s young people live below the poverty line.

In Kenya, the pillars for achieving GenU objectives are in place, with various initiatives for instance to strengthen education system through the recently-launched competency based curriculum and government promotion of programmes to enhance technical and digital skills.

The fruits of such initiatives can be seen through numerous youthful innovations from Kenya that continue to receive international attention. For instance, inspired by his great urge to communicate with his 6-year-old niece who was born deaf, Roy Allela, a 25-year-old Kenyan invented Sign-10, a pair of smart gloves with flex sensors to aid his cousin’s communication with the other members of the family.

The flex sensors stitched to each finger aid in quantifying the letters formed from the curve of each finger of the glove’s wearer. The gloves are then connected through Bluetooth to a mobile phone application that vocalizes the hand movements. This innovation won him the Trailblazer Award by the American Society of Mechanical Engineers.

Gen U’s solution is to forge innovative collaborations with young people themselves. Since launching in 2018, the movement has brought onboard leaders from governments, foundations, and the private sector around the world. Its launch in Kenya underscores its government’s commitment to engage young people in pursuit of the Big 4 Development Agenda as well as Vision 2030.

President Uhuru Kenyatta is a global leader for the Generation Unlimited initiative. In Kenya, Gen U’s activities are coordinated by the Office of the President and the United Nations. 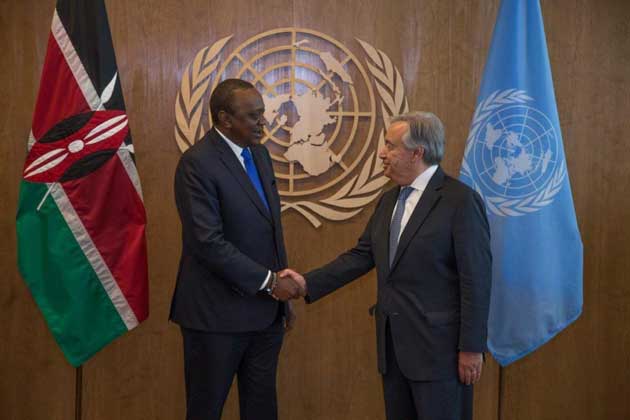 President Uhuru Kenyatta and the UN Secretary General Antonio Guterres were unanimously endorsed by world leaders to champion a new UN intervention on youth education, training, and employment at the UN General Assembly in 2018. Photo/PSCU

Shifts in today’s global economy demand that young people acquire skills aligned with dynamic labour needs, but local education systems have been slow to adapt. In many countries in Africa, school enrolment is up, but learning outcomes for young people remain poor. Most leave school without the skills the contemporary job market needs, and are ill-prepared for a world in which low-skilled jobs are increasingly automated.

A million young people join the workforce every year in Kenya, applying for jobs in a formal sector that can only absorb one in five of them. Some, however, find work at least intermittently in Kenya’s vibrant informal sector, which accounts for more than 80% of the country’s economy according to the World Bank.

Rather than focusing on opportunities in the formal sector, partners in the Gen U movement will look at strategies for supporting the informal sector with better infrastructure and an improved business environment. In doing so, it is hoped that it will be transformed into a recognised and legitimate sector.

Such initiatives have the full support of the recently launched Kenya Youth Development Policy, which seeks to underscore issues affecting young people. Technology will play a central role, and sector-based strategies will be central to the government’s approach.

The Kenya Youth Agribusiness Strategy, for example, will enable Kenya’s youth to access information technology for various value-addition ventures in Africa’s agribusiness sector set to be worth $1 trillion by 2030.

The Coronavirus pandemic has seen countries face changes in entire social and economic systems. Key industries, including manufacturing, healthcare, public services, retail, transportation, food supply, tourism, media and entertainment have been hard hit by the pandemic. The pandemic is an inflection point that is giving the old system a nudge. The post-COVID-19 world will be founded on a tech-savvy workforce that will inevitably comprise young people.

Calling on urgent action for young people, UN Secretary-General António Guterres has called on governments to “do far more to tap their talents as we tackle the pandemic and chart a recovery that leads to a more peaceful, sustainable and equitable future for all”.

In the run-up to the end of the SDGs era, we must ramp up the current level of investment in young people’s economic and social potential. As the vision of Generation Unlimited states, if the largest generation of young people in history is prepared for the transition to work, the potential for global progress is unlimited.

As President Kenyatta has noted, “the current generation of young people has the potential of expanding Africa’s productive workforce, promoting entrepreneurship and becoming genuine instruments of change to reverse the devastation caused by climate change.”

This article was first published in Forbes Africa