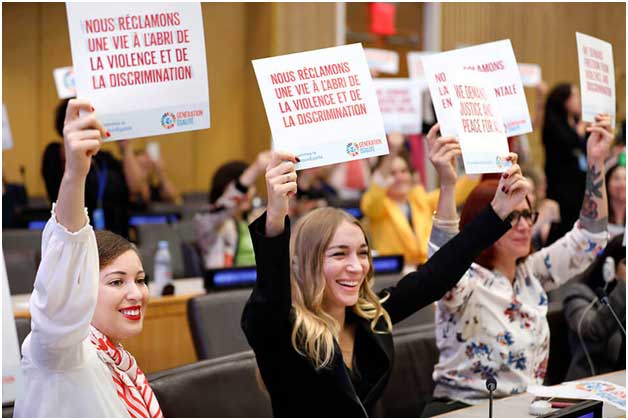 Scene from the event, “Gender equality: From the Biarritz Partnership to the Beijing+25 Generation Equality Forum”, hosted by France and Mexico ahead of the 74th session of the UN General Assembly, 2019. Credit: UN Women/Ryan Brown

UNITED NATIONS, Mar 6 2020 (IPS) - Architectural metaphors are a popular way to think about inequality between men and women.

When it comes to the fundamentals, we often talk about whether there is a “sticky floor” that is holding women and girls back. And the good news is that, for billions around the world, the floor is a lot less sticky than it used to be.

Maternal mortality significantly reduced since 1990, and boys and girls now have equal access to primary school education in most countries.

But pull away from the sticky floor and many women will hit a glass ceiling. Or rather glass ceilings. Though the term was originally used to talk about women’s prospects for advancing in the workplace, other invisible barriers are a factor in many areas of life.

And here there is much less progress to celebrate. Consider politics. Men and women may share the same right to vote in most countries for example. But under a quarter of parliamentarians are women. Only one in ten heads of government is female.

But this doesn’t go anywhere near telling the whole story. In fact, many women face layers of glass – at home, work, education and beyond – which prevent them from reaching their full potential.

Break through one ceiling and they invariably find another, more impenetrable, waiting just above them.

Part of the answer lies in barriers thrown up by the perceptions and biases of both women and men around the world. Progress towards genuine gender inequality will never succeed if people don’t believe in it.

UNDP’s gender social norms index which uses data from the World Values Survey and covers 81 percent of the world’s population, shows clearly that the great majority of citizens in almost every country – both men and women – do not believe women and men should enjoy equal opportunities in key areas like politics or work.

About 50 percent of men and women interviewed across 75 countries, say they think men make better political leaders than women. More than 40 percent felt that men made better business executives. And in some countries these attitudes seem to be deteriorating over time. 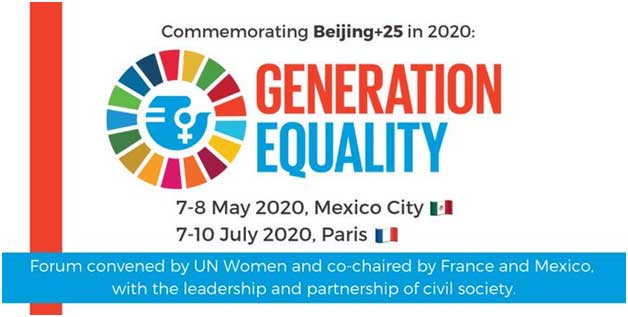 Much of this bias seems to be directed at giving women more power. And indeed, the data shows, time and time again, the greater the power the greater the bias. Although women work more hours than men, they are much less likely to be paid for that work.

Women on average do three time more unpaid care work than men. When they are paid, they earn less than men and they are less likely to be in management positions – only 6 percent of CEOS in S&P 500 companies are female.

At the very time when progress is meant to be accelerating to reach global goals on gender by 2030, it is slowing down in some areas. The massive improvements in many aspects of gender equality in recent years show what is possible.

But we now need new approaches to get to grips with the architecture of inequality. Investing in education, raising awareness and encouraging women and girls into traditionally male dominated jobs all have a role to play.

Tackling the invisible barriers of bias could be the game changer.