For International Women’s Day, IPS United Nations is featuring female permanent representatives who to share about their work, inspiration and challenges in an otherwise male-dominated field. This is the first in the series. 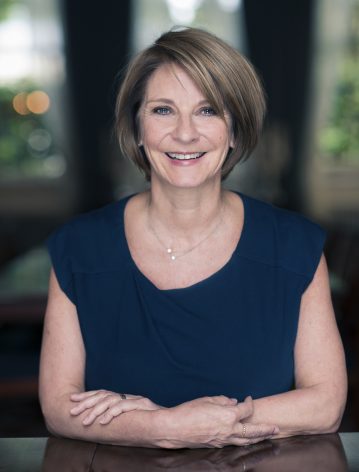 UNITED NATIONS, Mar 5 2020 (IPS) - Ambassador Mona Juul started her role as the Permanent Representative of Norway to the United Nations in January 2019, and is also the president of the United Nations Economic and Social Council (ECOSOC).

Prior to joining as the Permanent Representative, Juul had an extensive career where she played key roles in major foreign diplomacy efforts. Soon after starting her career in 1986, she was a part of the Cabinet of the Minister for Foreign Affairs team from 1992 to 1993 that worked on secret negotiations between Israel and Palestine Liberation Organisation that culminated in the 1993 Oslo Accords.

With a Master’s degree in political science from University of Oslo, Juul went on to embrace numerous other roles including the Special Advisor, Ambassador and Middle East Coordinator in the Ministry of Foreign Affairs. In July 2019, just within a few months of joining as the Permanent Representative to the U.N., she also became the president of ECOSOC.

Her role in Norway’s foreign relations, as well as in diplomacy efforts in the Middle East is one that is of inspiration to anyone who dreams of being in the field — more so for women. We caught up with Ambassador Juul on her journey:

Inter Press Service (IPS): As the U.N. Permanent Representative for Norway, what is your key message for this year’s International Women’s Day (IWD)?

Mona Juul (MJ): My message to women and men, girls and boys is to speak up in favor of women and girls, and protect those who defend their rights.

IPS: As president of ECOSOC, you have expressed your concern about “a new generation of global inequalities – fuelled by climate change, technological change” – can you share how these inequalities affect women specifically? And how do we address that?

MJ: Norway fights for women’s rights and opportunities every day. In the U.N. and all over the world, we are continuously working to increase girl’s access to education, to decide over their own bodies and to have fundamental human rights. Norway is a consistent partner for women’s rights. We will keep our promise to work tirelessly to promote gender equality for all.

IPS: As the U.N. Permanent Representative as well as president of ECOSOC, what does this year’s IWD theme #EachforEqual mean to you?

MJ: We must place gender equality at the heart of our work. The rights of women and gender equality remains a reform priority and a cross-cutting issue for me as president of ECOSOC. This year, we celebrate 25 years of championing women’s rights since we adopted the Beijing Platform for Action. It is a vision of a more prosperous, peaceful and fair world, that is better for women and men, girls and boys. Women’s participation is a prerequisite and a key factor for economic growth.

IPS: What is your message to young women who would like to one day work in this field?

MJ: Stand up against inequalities. Fight for what you believe in. Each one of us can make a difference. Today and every day, I am reminded of Nelson Mandela’s words: ‘The best weapon is to sit down and talk’. I hope that if we all followed that advice, we would each be equal.