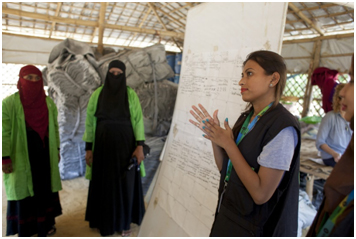 NEW YORK, Mar 3 2020 (IPS) - This International Women’s Day, 25 years after we first heard it declared that “women’s rights are human rights” at the historic Beijing 1995 Fourth World Conference on Women, we need to take the space and time to reflect on just how far we’ve come – and just how much more work there is to do.

This year, achievements in the quest for recognizing women’s rights, leadership, and voice must be celebrated; but more than anything we need to double down and hold governments and other powerbrokers to account – to be part of the movement to ensure women’s rights are actually respected as human rights once and for all.

Every March, women arrive in New York from around the world to do just that – to advocate for the implementation of the myriad commitments that international decision-makers have made to the realization of women’s rights.

Tucked away in a small corner of Manhattan, the yearly Commission on the Status of Women (CSW) at the UN brings thousands of women and allies together to connect and learn from each other, and to hold their governments accountable.

This year would have been historic as more than 12,000 people had registered to join this conference, a testament to the importance of Beijing’s anniversary and the commitments it produced.

Sadly, this series of events has been postponed due to the Coronavirus – a grim but important reminder of how interconnected our world has become, and how much we must rely on each other to protect ourselves and make progress. 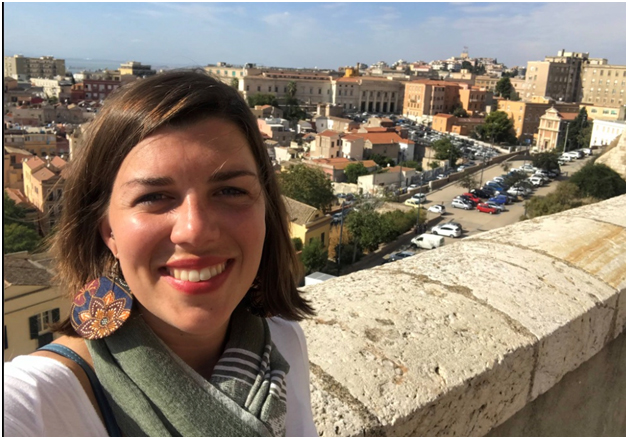 Oxfam, just one small piece of this moment was set to bring 22 partners to participate – activists and leaders from places like Russia, India, Palestine, Zambia and Bolivia.

Oxfam and our partners were to host events and conversations on issues ranging from gender-based violence, women land rights, fundamentalism in Latin America and Russia, women and climate, natural and resource governance and unpaid care work. These issues and conversations may not be happening in person next week, but they must still go on.

Right now is a critical moment for Latin America, and Oxfam staff and our partners are speaking out against the chronic violation of women’s rights and feminicides that have become the norm in the last years.

It is where the rise of fundamentalism, toxic masculinity, and extreme authoritarianism have created a wave of impunity and normalization of human rights violations.

As we have watched forests burn, air quality suffer and temperatures rise, women from Zambia, India, Colombia and more are pushing for transformative feminist leadership and climate-just governance for natural resources like coal, oil and other extractive industries – and for the intrinsic connection between women’s rights and the climate crisis to be more widely recognized.

As inequality spirals out of control, Oxfam is calling for an end to our sexist economies that have put us in the position where the richest 22 men in the world have more wealth than all the women in Africa.

It’s no accident that while most billionaires are men, women do more than three-quarters of all unpaid care work, and when they do work, dominate the least secure and lowest-paid jobs. These are just more barriers women face when trying to make a difference and lead in their communities. 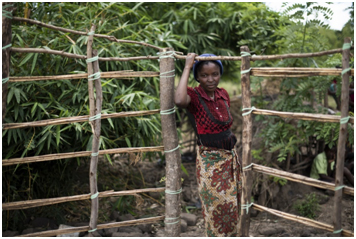 Dorothy, 27, stands inside the house she is rebuilding with her brother, in the village of Malambwe, southern Malawi, following the flooding brought on by Cyclone Idai. Dorothy’s house collapsed and the floodwaters carrying away many of her belongings, as well as some of her livestock. She took her four year old child, and went to higher ground to escape the floodwaters. Credit: Philip Hatcher-Moore/Oxfam

Even as thousands had plans to travel and convene at CSW, this space was never open for all. Travel restrictions and statelessness had stopped plans to have a Rohingya leader join from Bangladesh to help launch an Oxfam report highlighting Rohingya women’s challenges, priorities and leadership.

It calls for an immediate focus on addressing the root causes of the crisis, better supporting women to meet their basic needs with dignity and further enabling their leadership in decision-making at all levels.

Many women caught in some of the world’s worst humanitarian crises and conflicts – like Yemen, Syria and South Sudan – also do not have access to these opportunities due to instability at home, threats to their safety, and the discriminatory Muslim Ban enacted by the Trump administration.

The postponement of CSW is a reminder of the women’s voices we must always be amplifying around the world during these moments and in between. Whether we’re together in New York or spread around the globe, acts of solidarity through elevating women’s stories and demands on social media, signing petitions for national decision-makers, and joining campaigns make all the difference.

We also need to see more women and men in power who support women and who will put forward a feminist foreign policy. On International Women’s Day and every day, we have a duty to shine a light on these women and the efforts they are making to realize their rights. In a time of increasing anxiety about health, politics, climate and more – we should appreciate the advocates and leaders who paved the way for anniversaries like Beijing, and celebrate the communities of smart, driven, tireless women who continue to push for a more inclusive and just world.