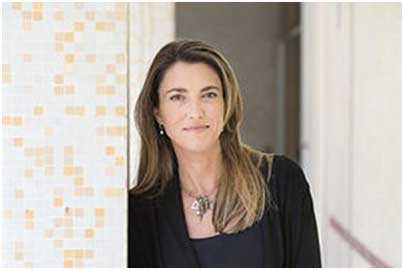 NEW YORK, Mar 4 2020 (IPS) - Brazilian journalist Patrícia Campos Mello made her career reporting from conflict zones around the world — but lately, the greatest threats to her security are coming from closer to home.

In recent weeks, Campos Mello has faced a violent onslaught of crude threats and personal attacks, after a witness in a Congressional hearing suggested she had offered to trade sexual favors for information.

The unfounded allegations spread on WhatsApp and Twitter, fed by trolls and politicians sharing memes calling her a “prostitute,” and spilled over into the public conversation, with President Jair Bolsonaro repeating the claims in a February 18 interview.

“It’s an attempt to discredit the work of us female journalists,” says political journalist Juliana Dal Piva, who has also been harassed for reporting on the president and his family. “When the articles are critical of Bolsonaro, this is the attack. They imply that journalists are willing to trade sex for information.”

From denied opportunities to workplace harassment, attacks by troll armies, sexual violence and even femicide, the job description for female journalists in Latin America has some horrifying drawbacks.

Most governments and workplaces still lack proper mechanisms to respond to these threats, leaving female reporters to come up with survival tactics on their own.

For most male journalists, danger lies in the field — but for women, the office can pose a threat, too. In 2017, Bolivian television journalist Yadira Peláez was fired from a state TV station after reporting her boss for sexual harassment — then the station sued her for “economic damage.”

The lurid attacks on women like Campos Mello play on an old sexist trope: the glamorous journalist who, in the process of reporting a big scoop, falls in love — or at least into bed — with her source.

The reality is closer to the opposite. In a 2017 survey of nearly 500 female journalists in Brazil, 10 percent said they had received offers of exclusive information or materials in exchange for sex.

Although sources are more likely to try to negotiate a date in exchange for an interview, female journalists are the ones who face professional consequences for any rumor of impropriety.

They are the ones whose social media profiles are scoured, private information shared, personal photos downloaded and turned into memes, who open their email to a deluge of violent threats — stalking, rape, murder, photos of dismembered bodies — and who must keep doing their job.

For women in the public eye, their physical appearance, personal relationships, professional histories and families all become fair game. Dal Piva says her greatest fear is that the campaigns against her might expose her family members to similar harassment.

The attacks are even harsher against women of color and queer women, like Brazil’s Maria Júlia Coutinho, or sports reporter Fernanda Gentil, who has talked openly about the homophobia she faced in 2016 when her relationship with another woman became public.

While threats against female reporters are a universal truth, they have frightening implications in Latin America, a region with some of the world’s highest violent death rates for women.

Since 1992, 96 women journalists have been killed in connection with their work. Eleven of those were in Latin America — all but two in either Mexico or Colombia.

Yet despite institutional barriers, threats and sexist smear campaigns, Latin America’s female reporters continue setting the standard, leading newsrooms, developing innovative projects and pushing the envelope on what journalism can — and should — do.

And they are fighting back. As the #MeToo movement has rippled through offices and newsrooms, its effects appear in coordinated efforts among female journalists to support and protect one another.

In 2018, after a series of on-camera assaults targeted female soccer reporters, a group of Brazilian journalists launched the #DeixaElaTrabalhar (#LetHerWork) campaign, pressuring authorities to take action against sexual harassment on and off the field.

A year earlier, a group in Mexico launched an NGO, Versus, to combat “abuse, violence and discrimination” against women reporters. Colombian journalist Jineth Bedoya, herself a survivor of sexual violence, has for decades been an outspoken advocate for safety for women journalists and justice for survivors.

CPJ and other organizations, including the International Federation of Journalists and the International Association of Women in Radio and TV, have resources on how to protect accounts from hacks or doxing, responding to online harassment, and preventing sexual violence.

While preventative steps and advice are useful in the moment, they don’t address the source of the problem: a professional and societal context that devalues the work and presence of women, and often pressures women to simply be quiet — something out of character for successful journalists.

Fighting those norms will be a long-term battle, but Latin America’s women journalists are ready.