With Poverty & Hunger Skyrocketing, is a Global Economic Rescue Package the Answer? 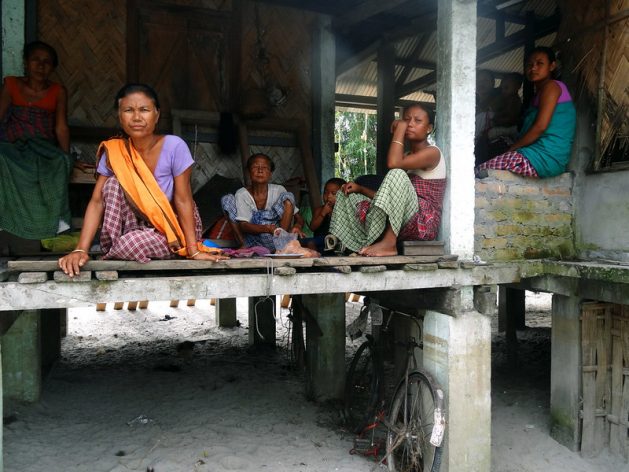 COVID-19 is the final straw for millions of people already struggling with the impacts of conflict, inequality, and climate change. Experts say the pandemic has been especially devastating to women and girls. This is a dated photo of women from the Mishing community in Dhemaji district in India. Credit: Priyanka Borpujari/IPS

UNITED NATIONS, Jul 16 2020 (IPS) - The United Nations has been relentlessly pursuing a highly-ambitious blueprint for the sustainable future of humanity –harking back to the adoption of a new global economic agenda by the General Assembly back in 2015.

The world body is now in danger of losing one of its longstanding battles for the eradication of extreme poverty and hunger by 2030, an integral part of the UN’s 17 Sustainable Development Goals (SDGs).

Abby Maxman, President & CEO of Oxfam America, told IPS COVID-19 is the final straw for millions of people already struggling with the impacts of conflict, inequality, and climate change.

She said Oxfam is calling on the international community to agree to an “Economic Rescue Package for All,” which includes fully funding the UN’s humanitarian appeal to enable the delivery of life-saving humanitarian assistance.

The proposal also calls for an additional $160 billion through aid and immediate debt cancellation to enable poor countries to take action to prevent the spread of the disease and build the capacity of health systems to care for those affected.

She said Oxfam is especially calling on G20 leaders to set a truly ambitious plan with concrete actions for how they will work together to save lives, including a massive injection of funds into public health around the globe.

According to a Time magazine cover story last week “countries have already spent $11 trillion to help stem the economic damage from COVID-19—and they could spend trillions more.”

In April, Ursula von der Leyen, the president of the European Commission said Europe “can turn the crisis of this pandemic into an opportunity to rebuild our economies differently’ and pledged more than $800 billion to transform the way Europeans live while battling climate change, including solar panels, wind farms, emissions cuts and greener forms of transport.

Yasmeen Hassan, Global Director at Equality Now, told IPS COVID-19 has “impacted every single one of us but it has disproportionately affected those who were already economically vulnerable and socially marginalized”.

What has become abundantly clear, she argued, is that the pandemic has been especially devastating to women and girls.

“Since the start of the crisis, we have seen spikes in femicide, domestic violence, sexual abuse in the home, and online sexual exploitation. There has also been an increase in child marriages amongst families becoming increasingly desperate and struggling to survive,” Hassan said.

Meanwhile, the figures coming out of the UN are depressingly grim: an estimated 71 million people are expected to be pushed back into extreme poverty in 2020, the first rise in global poverty since 1998, and by the year 2030, more than 100 million people would have relapsed into poverty.

The latest edition of “the State of Food Security and Nutrition in the World, released early this week, estimates that almost 690 million people went hungry in 2019: up by 10 million from 2018, and by nearly 60 million in five years.

“if the current trend continues, we will not achieve the Sustainable Development Goal (SDG) 2, that is zero hunger, by 2030,” the report said. 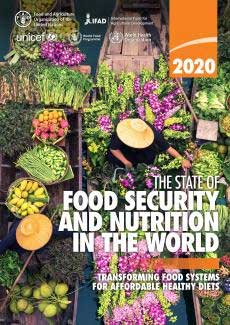 Maxman said economies large and small, all over the world, are taking a hit because of the COVID-19 pandemic. But as in all other crises, it’s the poorest and most marginalized communities and women and girls who will suffer the worst impacts.

“Yes, poverty will most certainly increase because of COVID-19” she said.

Back in April, Oxfam estimated that between six and eight percent of the global population – half a billion people – could be forced into poverty by the pandemic, setting back the fight against poverty by a decade, and as much as 30 years in some regions such as sub-Saharan Africa, the Middle East and North Africa.

And it could mean that more than half of the global population could be living in poverty in the aftermath of this pandemic.

“Worse yet, in a new report last week, we estimated that 121 million more people could be pushed to the brink of starvation this year as a result of the social and economic fallout from the pandemic – mass unemployment, disruption to food production and supplies, and dwindling aid.”

As many as 12,000 people could die every day from COVID-linked hunger, which is more than those dying daily from the virus itself,” declared Maxman.

Hassan said “it is important to realize that COVID-19 did not create the inequalities we are seeing around the world”.

Rather it has cast a harsh spotlight on systems of oppression and discrimination that have long benefitted the powerful at the expense of the powerless.

“Thus, when we think about a post-COVID future, we must examine what about our pre-COVID world helped to contribute to the devastation we have seen over the past several months.”

While the work of women’s rights organizations has increased exponentially, funding to these organizations is drying up as the world goes into recession and existing budgets are diverted towards direct COVID-19 response measures, she pointed out.

“Any economic or political response to the virus must have a gendered lens. Since women and girls have shouldered some of the heaviest burdens of the fallout from pandemic their voices must not only be heard at the table but they should be leading the conversation,” said Hassan.

Asked to elaborate on Oxfam’s proposal for an Economic Rescue Package For All, Maxman told IPS that all countries are trying to respond to the economic impacts of this crisis.

“Indeed, we have seen huge economic stimulus packages rolled out around the world, including the US and other rich nations to help their economies. Developing countries are also doing their best to respond, but the financial firepower of such countries is far from sufficient and they need as much help as they can get, as soon as possible.”

That’s why Oxfam is proposing that an Economic Rescue Plan For All, laying out, first, actions needed to support people and businesses, and then ways in which money can be found to help pay for these actions:

1. Cash grants to all who need them. Countries should prioritize a massive increase in social protection benefits, providing mass cash grants to enable people to survive and subsidies to workers to keep businesses afloat.

2. Bail out businesses responsibly. Priority must be given to supporting small businesses who have the least ability to cope with the crisis. Bailouts of big corporations should be conditional on measures to uphold the interests of workers, farmers and taxpayers and to build a sustainable future.

3. Suspend and cancel debts. All the debt payments of developing countries should be suspended for a year and, where needed, debts should be cancelled.

5. Increase aid now. Rich nations should immediately increase aid to support the poorest nations, meeting their commitment of 0.7% of GDP now, including by giving their fair share to the COVID-19 Global Humanitarian Response Plan.

6. Adopt emergency solidarity taxes. Mobilize as much revenue as possible by taxing
extraordinary profits, the wealthiest individuals, speculative financial products and activities that have a negative impact on the environment.