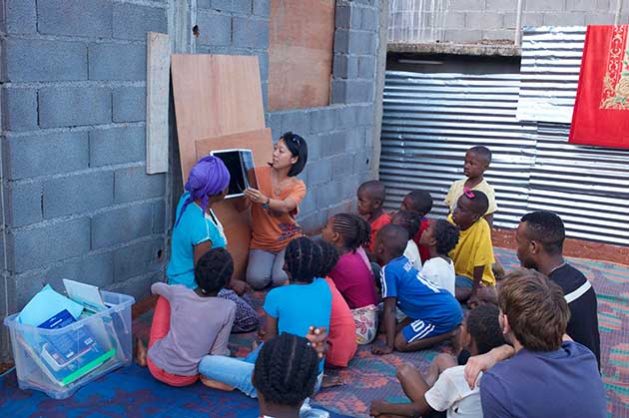 NEW YORK, Oct 15 2021 (IPS) - In September 2021, children in the northern hemisphere returned to school after the summer break. For some, the end of the holidays signaled a return to normalcy and to the joys of learning after facing months of school closures due to the Covid-19 pandemic. For the majority of children in the Global South, however, the return to reality looked grimmer.

Many children have been unable to pursue their education due to school closures reported in over 188 countries. While governments have sought to implement solutions for children to continue learning from home using broadcast and Internet-based remote learning policies, nearly one third of children worldwide could not make use of these solutions. UNICEF notes that three quarters of these students either come from rural areas, belong to the poorest households, or both: these children have been left behind due to the digital divide. As a result, the organization estimates that more than one billion children are at risk of falling behind on education.

Furthermore, many parents who had lost their source of income due to the pandemic had no choice but to remove their children from school so that they could help their families. Sadly, child labor has risen for the first time in two decades: 160 million children are now estimated to be working, about 8 million more than in 2017, mainly in the agricultural sector; 9 million more at risk of doing so due to the Covid-19 pandemic.

Inequality and the pandemic

While the pandemic has exacerbated the inequalities children suffer in schooling, such inequalities are not new. The World Bank estimates that while 96 percent of children complete their secondary education in OECD countries, that rate is only 35 percent in low-income countries. In 2018, an estimated 258 million children and youth – mainly from poor households – were out of school.

Whereas the number of children, adolescents and youth excluded from education fell steadily in the decade following 2000, progress has stalled since, especially for poor children in low-income countries: in 2014, only one quarter of the poorest children in these countries completed primary school. Indeed, in low and lower-middle income countries, the likelihood of enrollment in primary and secondary schools still depends on parental income and education levels to a significant extent. 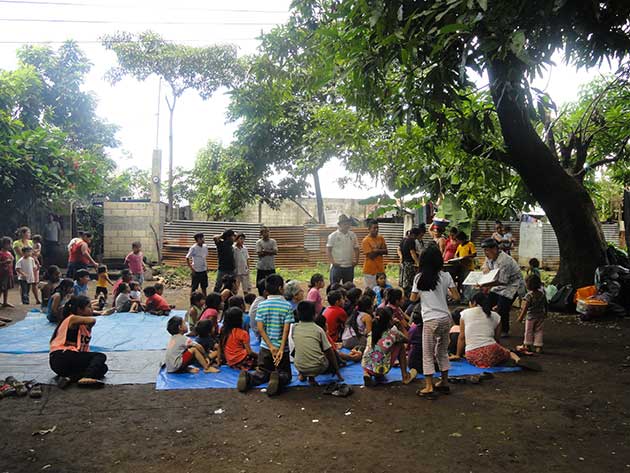 Several important mechanisms are at work. While nearly 90 percent of low-income countries officially provide free primary education, the hidden costs remain high: transportation costs, learning materials and school supplies may be prohibitive, preventing parents from sending their children to school. Moreover, more than 40 percent of low-income countries charge fees for lower-secondary education. This may discourage parents who live on low incomes to send their children to school, especially given the high opportunity costs involved where the alternative to high school education is to contribute to the family income by working. Lowering these financial barriers can significantly improve enrollment and attendance rates.

Even when children are enrolled in formal education, other obstacles prevent them from effectively learning. Children from poor households routinely face exclusion and discrimination. A participatory action research project led by ATD Fourth World in Belgium found that the shame experienced by children in poverty was one of the key obstacles to successful schooling. Shame, as well as fear of abuse, also prevents students from poor families and their parents from engaging with teachers.

Children from higher socioeconomic backgrounds also tend to be better prepared for formal education. As a result, across nearly all countries, the family background of a student (parental education, socioeconomic status, conditions at home) remains the single most important predictor of learning outcomes.

In France for example, the difference in outcomes on the tests of the Programme for International Student Assessment between the richest and poorest students amounted to 115 points in the science performance, the equivalent of about three years of schooling. A vicious cycle emerges: parents and children from low-income households may lose their motivation to prioritize schooling because they perceive their chances of performing well as low.

Children in Kenya who dropped out of school cited the difficulty of performing well, rather than costs, parental pressure, or other factors, as a major reason for leaving. This leads low-income households to underinvest in education, thus perpetuating poverty from one generation to the next and relegating equality of opportunities to a distant dream.

Increasing public budgets going to education is essential to break the cycles of poverty.

Educational systems must avoid, at all costs, reproducing inequalities that are inherited from childhood, especially for children from families living in poverty. There is a strong relationship between public investment in education and social mobility, especially for developing economies and in relation to primary education.

The Education 2030 Framework for Action provides that States should allocate at least 4 to 6 percent of their GDP, and/or at least 15 to 20 per cent of public expenditure, to education. Indeed, recent research, examining case studies from seven countries — from Brazil to Vietnam and from India to Namibia — demonstrates the benefits of public education and its potential for social transformation.

We need well-trained (and well-paid) teachers who are present and engage with children. We need schools that reduce the role of selection and assessment based on academic performance alone and instead that value each child for what they contribute to the classroom. We need schools that are fully accessible to everyone – regardless of age, gender, class or disability. And, we need more extracurricular opportunities after school hours that are open to all children at no additional charge, since children from poor households are far less likely to partake in afterschool activities, particularly in music and sports, than their peers from wealthier families.

A recent report presented to the United Nations General Assembly, underscores the urgent need for inclusive education. Schools must not be spaces of failure, but rather places where children can discover their talents and abilities, where they earn qualifications that enable them to keep learning or to find a job in which they can continue to develop. They must be places where collaboration – rather than competition – is nurtured and valued, and where otherness is accepted and cherished.

Inclusive education can also challenge stereotypes about the poor, and the associated discrimination they often suffer: in New Delhi, India, when elite schools catering to students from wealthy households were required to set aside 20 per cent of places to children from poorer families, pro-social behaviour among students increased, and prejudice against children from poor backgrounds diminished.

Schools have too often been seen as institutions that select, rank and exclude. They should instead empower, value and include. This will allow them to fully contribute to breaking the vicious cycles that perpetuate poverty, condemning children from low-income households to a life-long sentence for a crime they have not committed.

Olivier De Schutter is the UN Special Rapporteur on extreme poverty and human rights and Professor at UCLouvain and Sciences Po (Paris). On 20 October, he will present a report on the persistence of poverty to the UN General Assembly. Donald Lee is President of the International Movement ATD Fourth World and a former senior economist at the United Nations in New York.