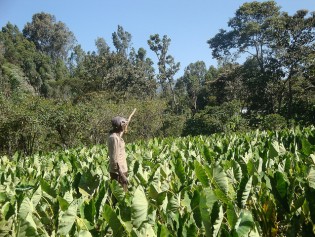 By Matthew Newsome
Ketsela Negatu is the son of an Ethiopian goat farmer living close to the country’s capital, Addis Ababa, who refuses to follow in his father’s footsteps. The 19-year-old has negative perceptions about the family profession after seeing the dim prospects a farming livelihood has offered his father.

By Matthew Newsome
Ethiopian farmers are learning that seed security is the basis of food security.