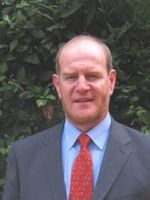 Bioversity International is the largest international research organisation dedicated to conservation and use of agricultural biodiversity. Frison spoke to IPS about the need to value this kind of biodiversity.

The loss of agricultural biodiversity is a silent extinction. There is no ‘red list’ for endangered agricultural species. What is at risk is no less than our future food security, the health and wellbeing of all humanity.

IPS: What are you doing to raise public awareness on this? EF: A year ago Bioversity International launched an international awareness campaign, Diversity for Life, with the aim of sharing the benefits of agricultural biodiversity. The campaign will spotlight the Guardians of Diversity, people who have devoted their lives to ensuring that the diversity of plants and animals is conserved.

The seven Guardians we honoured this year have dedicated their lives to slowing the loss of this precious resource in the Mediterranean. The importance of their contribution cannot be overestimated. The Guardians are being honoured not only to celebrate their own personal accomplishments, but also to recognise the thousands of unsung heroes that every day dedicate themselves to protecting and conserving plant and animal diversity.

There are many hundreds of people around the world who have dedicated their lives to using and sharing the wealth of agricultural biodiversity. We hope to recognise a fresh set of Guardians every year.

IPS: What is Bioversity’s overall task? EF: Bioversity International’s aim is to improve the life of rural people across the globe. We try to achieve this goal through scientific research that will help reduce poverty, increase food security, and guarantee productive agriculture and incomes for farmers.

Conserving agricultural biodiversity in gene banks is not enough if we do not also safeguard the knowledge around its use and benefits, and if we don’t work with farmers on the ground searching together for solutions to old and new problems, such as climate change.

For example, we recently launched a research programme to assess how a mixture of rice varieties can be used for reducing pest and diseases in rice cultivation in China. In a pilot study the benefits in terms of farmers’ incomes increased by 40 percent when diversity was correctly used. Now we want to expand that research to see how other farmers in China and elsewhere can make use of biodiversity.

Farmers’ knowledge is central in our research, and their contribution is crucial in solving the problems that agriculture is facing today, in the context of the economic and food prices crisis.

IPS: A recent declaration of the G8 development ministers in view of the G8 meeting in July seems to recognise the importance of agriculture for development. But support to agriculture has fallen from 17 percent of total aid spending in 1980 to less than 3 percent in 2006. Do you think that research in agriculture can be considered good investment for economic development? EF: In fact, this is the first time there is such strong accent on agriculture. There has been a call for action, not just for rhetoric, particularly in agriculture and food security. And a recognition also that the challenge of tackling food security and the problem of nutrition is something that needs to be science based, so that policies can be put in place that will be appropriate.

An increase in investment in agriculture has been made virtually by all the development ministers of the G8 who recognised that we need to look at the longer-term solutions, including through research. And support to public research into agriculture is the most effective investment to promote long- term economic development; it offers a better return on investment than other forms of aid.

We need to look at food security not only in terms of quantity of food but the quality of food, that will have an impact on health outcomes. And that requires diverse diet based on a broad use of local agriculture biodiversity.