CYVADIER, Haiti, May 26 2010 (IPS) - In the wake of unimaginable death and destruction, Haitian farmers continue to work hard to wring food for their country out of a depleted land. But now they have company. 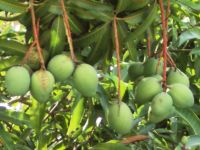 The Food and Agriculture Organisation of the United Nations (FAO) estimated in February that since the Jan. 12 earthquake, 500,000 people had migrated to rural areas and smaller urban centres.

With the exception of some rural districts to the west and south of Port-au-Prince, the earthquake did not damage most agricultural areas directly. This mass migration, however, has put heavy pressure on many already impoverished rural communities, who now are trying to house, feed and employ the returnees and newcomers.

At the same time, though, the exodus of so many people to the countryside opens the tantalising possibility of reversing some of the most noxious effects of industrialisation and urbanisation.

For many decades in most developing countries, rural people unable to make a living in the countryside have swollen informal settlements around big cities. Some of the most incapacitating poverty in the world plagues these shantytowns, bidonvilles, colonias and favelas

Now in Haiti, masses of people have streamed out of the mean streets of Cité Soleil and Carrefour to return to their rural hometowns or seek refuge with relatives outside the metropolis.

Whether they can and should be encouraged to stay is one of the most challenging questions facing the Haitian government and non-governmental organisations four months after GouDouGouDou, as the earthquake is nicknamed.

Among international organisations working in Haiti, the FAO is among the most experienced at the rural grassroots. Most of the agronomists, the technical experts who do the heavy lifting in the field, are Haitians. They have a deep, hands-on knowledge of the issues faced by farmers and other participants in the agricultural economy.

Their chief agronomist is named Volny Paultre. Officially the FAO Assistant Representative in Haiti in charge of programmes, Paultre brings to the job a lifelong commitment to Haitian agriculture. He grew up in rural Haiti, the son of a country doctor and a schoolteacher. After studying agronomy at the Université d’État d’Haïti (State University of Haiti), he taught it there for many years. After 15 more years in Haitian public administration, he went to work for the FAO in 1993.

Paultre spoke with Peter Costantini in deliberate, professorial French, punctuated by sweeping gestures, at his office in Port-au-Prince.

Q: What are you going to do with all the urban people who have been displaced to the countryside? Can they make a living as farmers? A: Agriculture is part of the solution to the problems of Haiti. But most of the opportunities are not directly in farming. Farming is saturated.

People may believe that the only activity in the countryside is agriculture, but they’re wrong. There are all kinds of opportunities upstream and downstream from agriculture, and in support of agricultural production.

These are societies that live in the rural environment. They can’t make a living with just one economic activity. People need leisure activities, education, health care – everything other societies need. Farmers themselves require all sorts of specialised services, like seed production and tree nurseries for reforestation. There are 50,000 activities that can be developed in support of agriculture.

Currently in Haiti, 15 to 40 percent of harvests are lost before they can be sold. There’s a need for specialists in cold storage, warehousing, produce drying and processing, marketing and other areas to reduce this figure.

The Minister of Agriculture has introduced what’s called the filière (channel or chain) approach. It takes a product from well before planting up until it goes to market. It looks at all the links in the chain and asks which links are weak or missing and which need to be made more dynamic, so that the maximum value-added, the maximum benefit can be extracted at each stage.

You have to think of the factors of production. Land is one: it’s already broken up into tiny parcels. The FAO recently did a rural census, and found that there are over one million farms. The land just can’t support any more agricultural producers.

Financing for agriculture is another factor: what’s available doesn’t allow any development. Interest rates are 18 to 25 percent, as high as credit cards. So clearly these are structural problems that have to be solved.

Q: Is there a need for agrarian reform? A: There is no land registry in Haiti, so titles are often uncertain. The biggest landowner is the government, and next is the [Catholic] Church. Some other big landowners can barely farm all that they have.

So agrarian reform and reform of agrarian finance is indispensable, obligatory and urgent. It’s one of Haiti’s greatest needs. The FAO proposed a study on agrarian reform to the government, but it was not accepted.

Between absentee landlords who rent out their land and farmers who live on their land, it’s clear that the latter will be more productive and make more money. It’s clear, too, that too much land is not being farmed. Here the policies of the Ministry of Agriculture support direct and discourage indirect usage of the land.

Q: But should land reform aim at redistribution or at the rearrangement of holdings? Farmers tend to have small parcels in zones with different climates, perhaps one in the mountains and one on the plain. This can be a hedge against poor climatic conditions in one area, but it creates the problem of having to travel to different places to farm. Aggregating holdings in one place can mean less travelling time.

Q: Could alternative forms of ownership such as konbit [traditional labor sharing] and cooperatives help here? A: These are ways for small farmers to skirt around some of their problems, because most farming here is done with hardly any money or access to credit. For some crops, such as beans, seeds alone can be 40 percent of the total cost of production.

So say we’re 10 farmers with 10 parcels: today I work for you, tomorrow you work for me.

Many of these associations participate in other common activities. They can be based on many things, for example, religion. We’ve put a lot of effort into understanding what binds them together, and how we can approach these associations to help strengthen communities and development.

Q: What are some of the kinds of agriculture that are well-suited for Haiti? A: Well, mangoes and avocadoes are two big reasons that poor peasants don’t starve between the two growing seasons. Mangoes are a very competitive product here: quadrupling production would create a boom for the economy, for local consumption and export.

Haiti has a very strong comparative advantage in exporting fruits and vegetables. If we could intensify those crops a little, it would assure more income to spend on other needs. In much of the rest of the Caribbean, tourism is the primary economic activity. They’re very dynamic, but they don’t have much agriculture. So that’s one of the first markets where we may be able to expand our exports.

There are other activities like raising chickens that don’t require much land. Neither do goats or a few cattle.

Fishing is an important sector that’s very underdeveloped in Haiti. We have 1,300 kilometres of coastline. We’re seeding many freshwater lakes with fish. And we’re encouraging fish farming. The FAO is involved in training people in fishing techniques and developing consensual regulations on issues such as the size of mesh for nets, to prevent overfishing.

Our projects put a great deal of responsibility on local communities, because we’ve found that’s the only way these communities will adopt them as their own.