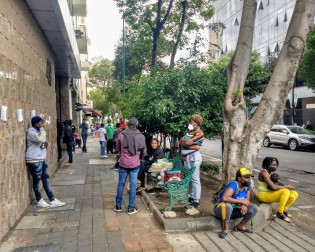 By Tharanga Yakupitiyage
As Haiti reels from another disaster once again, many are questioning the humanitarian system and looking for long-term solutions with Haitians at the heart of response.

By Bryant Harris
As the fourth anniversary of the devastating earthquake in Haiti approaches on Jan. 12, development analysts are decrying an ongoing lack of transparency in U.S. foreign aid to the country, even as those assistance streams are drying up.
Next Page »
ADVERTISEMENT ADVERTISEMENT