AFRICA: Can Research Strike a Balance Between Food and Fuel Crops?

DAKAR, Sep 30 2010 (IPS) - While researchers and farmers are still divided on the benefits of growing crops for biofuel production as Africa grapples with food security, Senegal is steadily working to balance the growing demands for food and biofuels. 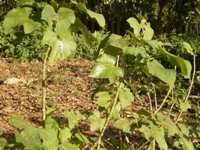 Senegal, which uses more than 500 million litres of diesel a year, has been developing an ambitious bio-diesel programme to be energy and food sufficient by 2012. And while research by the Imperial College in London has shown that bioenergy is not only compatible with food production, but can also greatly benefit agriculture in Africa, not everyone is in agreement with this.

For years Senegal has been working with investors in biofuels, farmers, researchers and private sector to promote Jathropha curcus. Jatropha is an oil-bearing plant commonly used as a fence around homes to keep out livestock. It also has medicinal properties.

The director general of the Senegal Institute of Agricultural Research, Dr Macoumba Diouf, told IPS that low-cost energy was key to modernising Senegal’s agriculture and boosting food production. The country has already developed a bioenergy plan over five years to 2012.

According to the plan, Senegal targets to plant one billion Jatropha curcus plants grown using in-vitro, nursery and cuttings in the next two years. Currently, the country is propagating material to complement existing plants growing in the wild and about a quarter are expected to be planted by end of the year. The country will cultivate 321,000 hectares of land under jatropha with 321 districts growing about 1,000 plants per hectare.

“We project that from the over 300,000 hectares under jatropha over five years we will be able to produce three million tonnes of oil to give us one billion litres of biodiesel which will make us energy sufficient by a long mark,” said Diouf, whose institute is coordinating the programme.

The programme is estimated to cost over 140 million dollars and create 100,000 jobs directly while increasing farmer incomes from agriculture. Yet Senegal will not easily find allies in pursuing the bioenergy dream against claims that bioenergy projects have fuelled land grabs and forced marginalised farmers from their ancestral lands.

This is despite the conclusions of the June study by the Imperial College in London, which reviewed existing research and case studies of biofuel production and policy in six countries, that there is enough land available to significantly increase the cultivation of crops, such as sugar cane, sorghum, and jatropha for bio fuels without diminishing food production.

Dr Rocio Diaz-Chavez, the lead author of the report, noted that bioenergy was crucial for unlocking Africa’s potential but that policies were needed to address potential conflicts between food and fuel crops. “If approached with the proper policies and processes and with the inclusion of all the various stakeholders, bio energy is not only compatible with food production but can greatly benefit agriculture in Africa,” wrote Diaz-Chavez in the report, titled Mapping Food and Bioenergy in Africa. “Bio energy production can bring investments in land; infrastructure and human resources that could help unlock Africa’s latent potential and positively increase food production.”

But farmers like Phillip Kariri, president of the Eastern Africa Farmers Association disagree with the Imperial College study findings.

“The impression that Africa has excess land is not right,” Kariri told IPS. “I do not think it is possible to get to a situation where food and fuel crops can be grown simultaneously in many parts of Africa. The players in the biofuel industry are not targeting local food security and are likely to deprive food security systems of inputs and even labour to bio fuel resulting in people not producing food.”

Lydia Sasu, a farmer from Ghana, said many of her colleagues have been disappointed that they have not received money after clearing their lands for biofuels projects.

Even the Forum for Agricultural Research in Africa (FARA) and the Alliance for a Green Revolution in Africa, two key African institutions promoting the development of agriculture in Africa are cautious about prioritising bio fuels crops ahead of food crops. Both institutions concede that research is a vital tool of development, especially in agriculture to ensure governments made informed decisions on bio fuel policies.

“Africa has a lot of innovation but these have remained on the shelves.” Monty Jones from the Ghana-based FARA told IPS.

AGRA president, Namanga Ngongi told IPS that Africa was in a food deficit situation and priority should be food crops ahead of fuel crops. “If we were in a food surplus situation and had appropriate crops that can be used for bio fuels probably the question would be different,” Ngongi said.

In a July 23 2010 paper published by Green Business, Bryce Wolfe noted that one of the significant drawbacks of biofuels is the large amount of land and water used to meet energy needs. “Converting crops to ethanol essentially takes food from our mouths to put fuel in our cars,” Wolfe said calling for more efficient methods of producing bio fuels.

The United States-based Institute for Food and Development Policy has said not all positive promises about biofuels were true. Claims that agrofuels were clean and green, will not result in deforestation, will bring rural development, will not cause hunger and will herald better second generation fuels were myths because the opposite was true.