PARIS, Mar 31 2011 (IPS) - French economist Esther Duflo thinks poverty can be alleviated or even eradicated with the right policies. All it takes is for politicians to “translate research into action,” implementing programmes that have been shown to work. 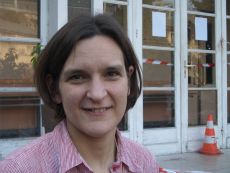 But that is easier said than done. Duflo, who last year won the American Economic Association’s prestigious John Bates Clark Medal, acknowledges that it is sometimes frustrating to get policy makers to apply the results of research that could improve people’s lives. Sometimes they do not know the evidence and so cannot take the right approach, she adds.

In April a new book by Duflo and co-author Abhijit Banerjee, Poor Economics: A Radical Rethinking of the Way to Fight Global Poverty, will once more turn the spotlight on actions to tackle poverty. The book aims to make 2011 the year that the “economics of poverty” become a key part of international political discussions.

“Fundamentally, I think it is a subject that people are interested in,” Duflo told IPS. “The differences in income between the poor world and the rich world are so great that people have to be interested.”

The 38-year-old Duflo, who is a professor at Massachusetts Institute of Technology (MIT) and who often lectures in France as well, is credited with making development economics “chic”, according to some French reviewers.

Doing her PhD at MIT, Duflo chose to enter an unusual sphere of research — at a time when most students specialised in other fields, and the subject was not as “popular” as it is now becoming.

“It was not considered a fancy area of study,” she says. “There was a generation of people who had started looking at development from other fields. They had their own theories and only a few were economists. What I contributed to doing was to start going into detail. But I did have advisers and mentors.”

Duflo’s major role in the field has been to use research to show which programmes are the most effective in combating poverty. According to MIT, her work “uses randomised field experiments to identify highly specific programmes that can alleviate poverty, ranging from low-cost medical treatments to innovative education programmes.”

In a landmark study, Duflo, along with Banerjee and Rachel Glennerster, executive director of Abdul Latif Jameel Poverty Action Lab (J-PAL), discovered that the rate at which families in northern India will immunize their children jumps from about 5 percent to nearly 40 percent when parents are offered a small bag of lentils as an incentive.

Duflo seems an unlikely person to try to argue with those in power. Slightly built and eschewing the glamourous-intelligentsia look for which many French intellectuals are known, she seems at first glance to be a down-at-heel graduate student.

When she begins talking, however, there is no doubting the importance of her research. What she does is backed by scientific evidence, demonstrated by graphs and other tools.

Duflo is also a director of MIT’s J-PAL, an organisation she co-founded in 2003 with Banerjee, MIT’s Ford International Professor of Economics, and Sendhil Mullainathan, an economist who now teaches at Harvard University.

“Much of our work is to evaluate the different policies or programmes against poverty and to see the impact and effectiveness,” Giacobino told IPS.

Since 2003, more than 235 evaluations have been carried out in 38 different countries, examining unemployment, absenteeism in education, social programmes and other issues.

Since then, the Bill Gates Foundation has supported a programme to provide de-worming medicine to those who need it, and J-PAL helped to start Deworm the World, a non-profit group that helped the Kenyan government treat 3.6 million children in 2009, according to MIT.

In another investigation on the use of mosquito nets in Africa, the J-PAL affiliated researcher Pascaline Dupas showed that people who were given free nets used them just as much as those who bought them.

The findings debunked the myth that people who get things for free do not appreciate or utilise them.

“This showed that it was better to hand out nets freely to people so as to prevent malaria,” said Duflo. “It’s a way of helping those who couldn’t afford to buy them anyway.”

According to many of her colleagues, Duflo brings “something new” to the field of development.

“She’s totally involved, and she contributes to making a change in the world,” Giacobino said.

Duflo herself says that she is motivated by the example of her mother, a doctor who used to travel to developing countries to help victims of war.

“I was always interested in these questions of is there something that can be done to help the lives of the poor,” Duflo said. “I realised that economics was a good angle even if it seems a little remote.”

She said that with the new book and J-PAL, she and her colleagues “hope to try to improve policies that affect the lives of the poor, leading to better health, education, and access to finance.”