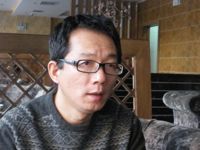 BEIJING, Nov 24 2011 (IPS) - Who speaks for the Chinese people? With the advent of the blogosphere in China, the Communist party is no longer the uncontested spokesperson for the Chinese nation. A myriad of voices are vying for space and attention, but most of those, according to one of the country’s most famous bloggers Wang Xiaofeng, are just “letting off steam” and indulging a penchant for rant long suppressed in traditional media by the party’s ruthless censors.

Yet there are some very distinctive voices too – like Han Han, the rebel child of the post-1980s generation, or Murong Xuecong, whose tales of China’s bribe-taking establishment attract more online readers than many mainstream publications. All those cyber writers are grappling with the realities of a country in ascent, yet deeply insecure and dominated by control-freak officialdom.

Wang Xiaofeng, 44, is the intellectual voice of Chinese bloggers. When Time magazine chose the Internet community as its person of the year in 2006, Wang Xiaofeng appeared on the cover of the magazine as the most representative voice of global netizens. Yet his choice for China reflects the Janus faced nature of Chinese intelligentsia. Wang lives a dual life – as the chief writer and editor of Lifeweek – one of China’s most respected (and state-sanctioned) magazines, and as one of the country’s most prolific and widely read bloggers.

Q: How does it feel to have dual identity? Why do you write blogs? A: I feel freer in my life as a blogger than as a writer for a major magazine. My readers are more numerous too. Restrictions on traditional media are so big that sometimes when I see my stuff published in the magazine I do not recognise it. Blogging in China is different from blogging in the West where it is just an additional space to express oneself. In China cyberspace is the only space one can be direct and oneself.

Q: Is China happy? In the past we had a China unhappy with the West for demonising it. Now it seems we have a China unhappy with the way many things are at home. A: To paraphrase Dickens, it is the best of times and the worst of times for China. Foreigners do not understand this country. They think they are dealing with a country rich and powerful. But I see a country where things have gone almost to the point of breaking and there can only be a big crisis and a new beginning after that.

I do not know a single Chinese person that is truly happy. Cheerful for a day or two? Yes, but not happy. Even the wealthy in this country are not happy, as they do not have security for their money and safe milk and roads for their children. Chinese people live miserable lives. They are the best citizens in the world – they never rebel.

Q: Is Internet and the blogosphere going to become a catalyst for political change in China as many in the West predicted in the past? A: No. Chinese culture regards itself as a very strong culture which over the years has assimilated many things from the outside world but always managed to adapt them to serve its own needs and thus resist change.

Take the blogosphere. In China it serves two purposes – for people to express themselves and for people to fight with each other. Whenever there is an issue to discuss there are always two warring factions. How can this lead to a change?

Chinese people can accept that something is black or white but they cannot understand that there may be a third possibility. I say there is a Qin Shihuang (China’s first emperor and famous tyrant) in every Chinese person. I have to dominate, he thinks, I have to impose my view and there is no room for tolerance.

Q: How do you imagine China of 2030? A: I do not dare think of China in the future. It is almost too scary. But for our own sake I hope there is a harsh landing of the economy which shakes our society to its core. We need the shock or we will never change. The worry is that the change does not happen abruptly and we just muddle through. Chinese society is an agricultural society, tied to the land, obsessed with food culture and has immense capacities to survive and recover. If there is a change it will most likely come with an economic crisis. For China to change politically it will take another Gorbachev.

Q: Who or what is China’s worst enemy? A: Seen from here there are only two types of countries in the world: China and China’s enemies. If there are no enemies then China will be the enemy that people will have to target. Chinese people are so easily duped.

But our main enemy in fact is the lack of spirituality. We do not believe in anything. If the Cultural Revolution (1967-1976) destroyed the surface of our culture, then the reform and opening up destroyed its roots.