UNITED NATIONS, Nov 5 2011 (IPS) - According to the Human Development Report 2011 released by the United Nations Development Programme (UNDP) this week, Latin America remains the region with the highest income inequality, even as the situation has improved in countries like Argentina, Brazil, Honduras, Mexico and Peru. 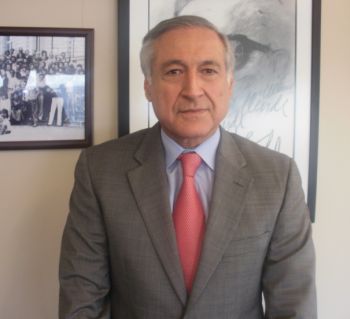 Nevertheless, in a global context of persistent financial and economic crises, Latin America has made important advances in equality of access to education and health services, and many countries are nearing full enrolment at the primary and secondary education levels.

“People are unsatisfied that Latin America is growing economically but the distribution is unequal. People feel that the country is growing but that prosperity is not entering in their homes,” UNDP Regional Director for Latin America and the Caribbean Heraldo Muñoz told IPS.

UNDP’s annual report this year focuses on sustainability and equity in global development, and the next challenges for the 187 countries it covers, including 33 in Latin America and the Caribbean.

IPS Correspondent José Domingo Guariglia spoke with Muñoz regarding the main challenges and opportunities for Latin America and the Caribbean in a context of global recession, poverty and increasing violence.

Q: Do you think it is possible to reach the Millennium Development Goals (MDGs) in Latin America by 2015, especially the eradication of poverty, and gender equality? A: I think that many Latin American countries will achieve the MDGs, while others are far from the goal. What is very clear is that Latin American countries have made many efforts in reducing poverty. We have programmes of conditioned cash transfers like Bolsa Família in Brazil or Oportunidades in Mexico or Chile Solidario in Chile, and poverty has been reduced.

In addition, there has been growth in the region. Latin America is passing through one of its best moments in recent history.

As UNDP, we are making efforts to collaborate with governments to do an MDG acceleration framework, which is a strategy to try to bring the efforts of attending the MDGs from a national level to a local level.

In general, Latin America will fall rather behind in the attainment of some goals like maternal mortality, gender empowerment and equality.

Q: Latin America has experienced a long democratic period, characterised by a sense of frustration due to inequalities, corruption, crime and violence. Do you think a new institutional framework is needed? A: For sure. One of the keys to strengthen democracy is working on strengthening institutions. Latin America is passing through a good moment in electoral democracy. This year there will be six presidential elections: Haiti, Peru, Argentina, the first round in Guatemala, and the pending elections in Nicaragua and Guyana by the end of the year.

However, there is a question on the quality of our democracies. There is frustration, there is apathy, institutions are weak and that is the key: working on strengthening the separation of the branches, strengthening the judiciary, collaborating with parliaments, organising the work of the executives.

People are unsatisfied that Latin America is growing economically but the distribution is unequal. People feel that the country is growing but that prosperity is not entering into their homes.

We have reduced inequality in the last decade thanks to the expansion of programmes in education and health, but we still have a long way to go.

Q: Can Latin American countries grow with high rates of criminality like the ones that exist in Honduras, Mexico or Venezuela right now? A: Crime can be a threat. We live in the most violent region in the world. Latin America and the Caribbean represent nine percent of the world population but we concentrate 27 percent of world homicides.

There is a very important impact of crime in development. Central American countries spent last year four billion dollars in security- related investments, money that could have gone to education, health and social purposes.

This is a situation of epidemic proportions in Latin America. It should be placed as a priority and the key is how to address it. The strategy includes control and repression but also prevention, how to tackle the situation of youth, reform of the penal code, in the penitentiary system, justice, police, international cooperation.

Q: Do you think multilateral organisations in Latin America like Mercosur, Unasur or ALBA can contribute to South-South cooperation? A: Latin American cooperation has been changing. Unasur is an expression of the combination of Mercosur and the Andean Community. It wants to be like the European Union to tackle military affairs, political coordination and cultural integration. It is quite an ambitious project and it can be the basis for South-South cooperation and to provide assistance for least developed countries.

As UNDP, we are trying to cooperate with countries of the region to give assistance to others. We are working to take the experience of democratic transitions to countries that have experienced the Arab Spring, particularly Egypt and Tunisia.

Q: How is the current financial crisis impacting developing nations? A: The region has resisted the crisis better than Europe and the United States. Latin American countries have strong banking regulations because of the experience of the crisis of the 1980s. In addition to that, several countries have implemented policies that allow them to spend more during crisis and save in the moments of boom.

These are times for caution in the region. If the situation in Europe becomes more and more delicate and the United States does not get out of the moment of stagnation, it will be very difficult for Latin American countries to not feel the pinch of the crisis.

Q: Next year will be the International Year of Cooperatives. How do you evaluate the presence of cooperatives in Latin America? A: Cooperatives have the people at the centre of development. In addition to that, cooperatives and small-medium enterprises have created jobs. They are always a significant part of the solution.